NEW BRITAIN — On April 6, 1917, the United States Congress declared war on Germany, marking America’s entry into World War I. Young men from across ... 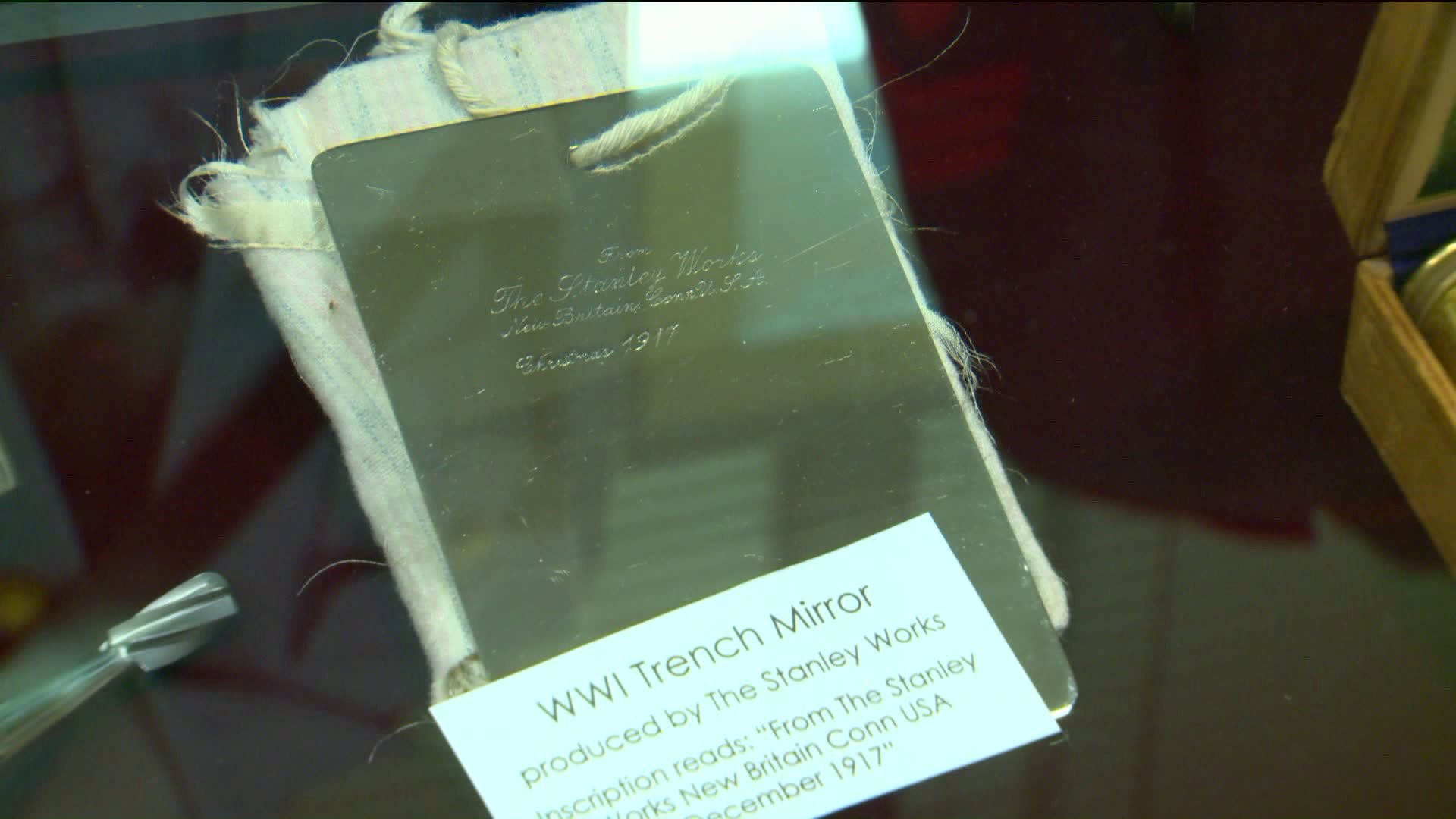 NEW BRITAIN -- On April 6, 1917, the United States Congress declared war on Germany, marking America's entry into World War I. Young men from across the country, including here in Connecticut, were sent to fight in Europe.

"In communities like New Britain, that made things, everybody made war things," says Karen Hudkins, the Director of the New Britain Industrial Museum.

The museum is displaying artifacts manufactured in the Hardware City, which helped the war effort.

"The Stanley Works produces these squares of highly polished metal, engraves them 'From The Stanley Works, Merry Christmas,' and sends them over to all their employees who are over in Europe," says Hudkins. "World War One was a trench war, which meant they dug these trenches, and you were in the trenches, and if you stuck your head up over the trench, somebody probably shot you. Trench mirrors were great, because you could put it on the end of your gun, or a stick, kind of like a selfie stick, and hold it up, so you could see if the enemy was coming at you over the ground."

The museum also has a collection of letters, written by Stanley Works employees, who were serving in the war. Hudkins says the letters give a sense of discovery. "100 years ago was still the 20th century, the world was becoming modern," says Hudkins. "All this amazing stuff, and the bravery."

Hudkins says history is important, because it connects people. "The past is important not only because it tells us where we've been, but it helps us understand where we're going."