SHELTON – Teens in several towns across the state have been caught in blackface scandals. On Wednesday night, the NAACP called on school districts to puni... 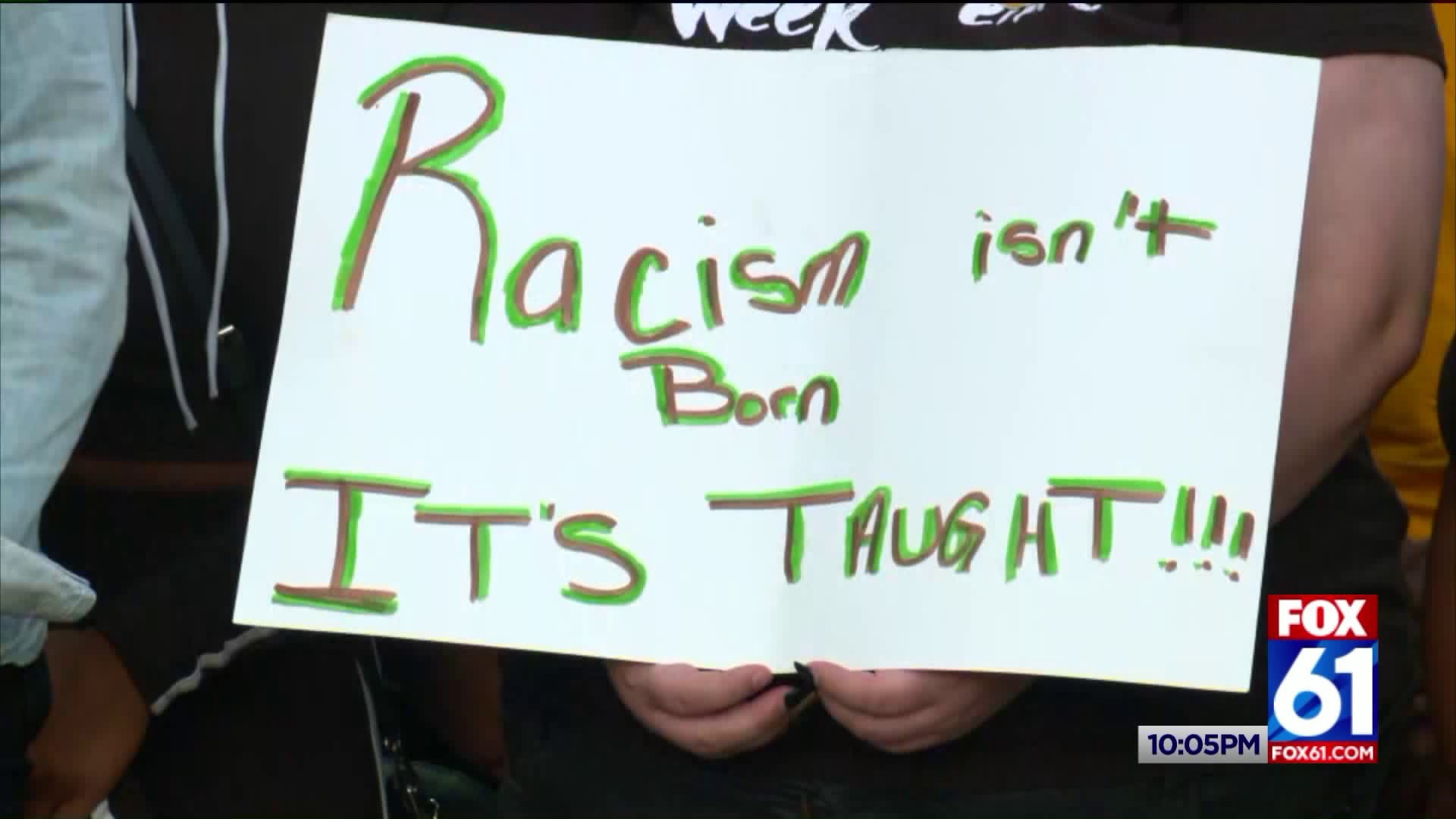 SHELTON - Teens in several towns across the state have been caught in blackface scandals.

On Wednesday night, the NAACP called on school districts to punish those who are responsible.

Members held a rally outside of the Shelton Intermediate School where they then went inside to face the Board of Education to demand changes.

Shelton is one of six towns grappling with situations where teens have been learning that blackface is not okay.

"Nothing has been done. That’s why you see these incidents occurring all over the state. We just had another incident in Guilford and then we had another incident here at the same school yesterday but of course the two young black kids were arrested," said Greg Johnson, President of the Ansonia & Valley NAACP.

Incidents have been reported in Cromwell, Simsbury, Enfield, Somers and most recently, Guilford and Shelton.

On Tuesday, Superintendent Paul Freeman with Guilford Public Schools sent a letter out to parents, students and staff and said a student arrived at a football game last week wearing blackface. They said the incident "does not reflect the students in Guilford as a whole."

The Hartford Public Schools Principal also responded back with a letter and said they "are taking this incident very seriously."

After the rally, the NAACP faced the Shelton Board of Ed and argued there should be more inclusiveness and diversity in Shelton.

"It gets me very emotional because people see it as a joke and it’s not joke in any sense. It’a like something very demeaning, very dispowering," said Maliqa Mosley-Williams, a student of Ansonia High School.

The NAACP said if anyone has witnessed any additional blackface incidents to immediately come forward, so it can be looked into to prevent more from happening.