HARTFORD — A community walk addressed pedestrian problems on Main Street in the North End of Hartford Saturday. “Everyday, when we come outside, we ... 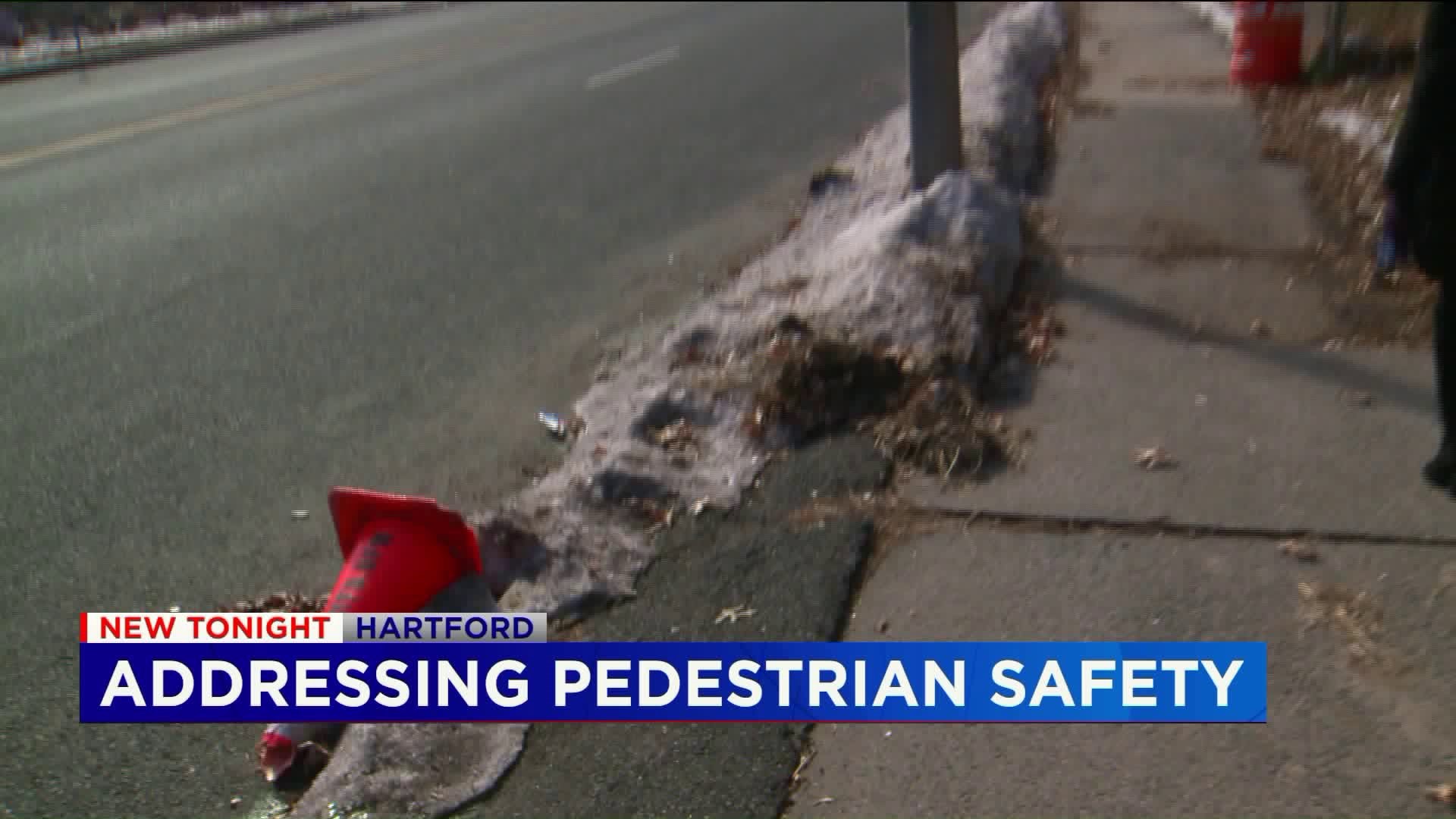 "Everyday, when we come outside, we see all these problems and it's not getting addressed," says high school student and Road to Zero member, Alpachino Howard.

Through a national grant called Road to Zero, people from different organizations in Hartford are stepping out onto the streets to address safety problems pedestrians face on a daily basis.

"It's all these little things that people kind of experience and I think this type of audit gives you a change to really see it," says Gannon Long, the city's Road to Zero coordinator. "If somebody lives in a wheelchair how are they going to get around?"

Hartford was one of 11 cities in the United States to be awarded one of these grants from the National Safety Council to address problems on the sidewalk like huge snow mounds on the sidewalk that make it difficult for people to walk by and a lack of cross walks on busy streets.

"It's data driven," says Long. "So the idea is that if you're going to do an intervention, we're choosing interventions that we know are going to work because they have worked in other cities. So we're following that model."

One of those models is placing neon yellow signs in the middle of crosswalks.

"That makes a driver see it from that far away and they automatically slow down a little bit because they see something up in the road," says Long.

Hartford is an ambulatory city. Many people don't have their own cars, which is why this is a pressing issue.

30 percent of households in Hartford are no car ownership at all. Zero cars," says Long. "Some neighborhoods it's over 40 percent or as high as 50."

High school kids taking the bus are at risk of being hit by a car every time they step out of their houses.

"We're holding this because it's a way to let people know how important it is for us to stay safe, but also keep the roads clear for any pedestrians who walk on it or drive on it," says Amoni Spears, a high school student involved in Road to Zero.

The city's Road to Zero group is already applying for another year of the grant to continue working to make Hartford safer for pedestrians.