HARTFORD — Tuesday was National Night Out, an event that is held once a year that’s meant to create solidarity between police departments and the co... 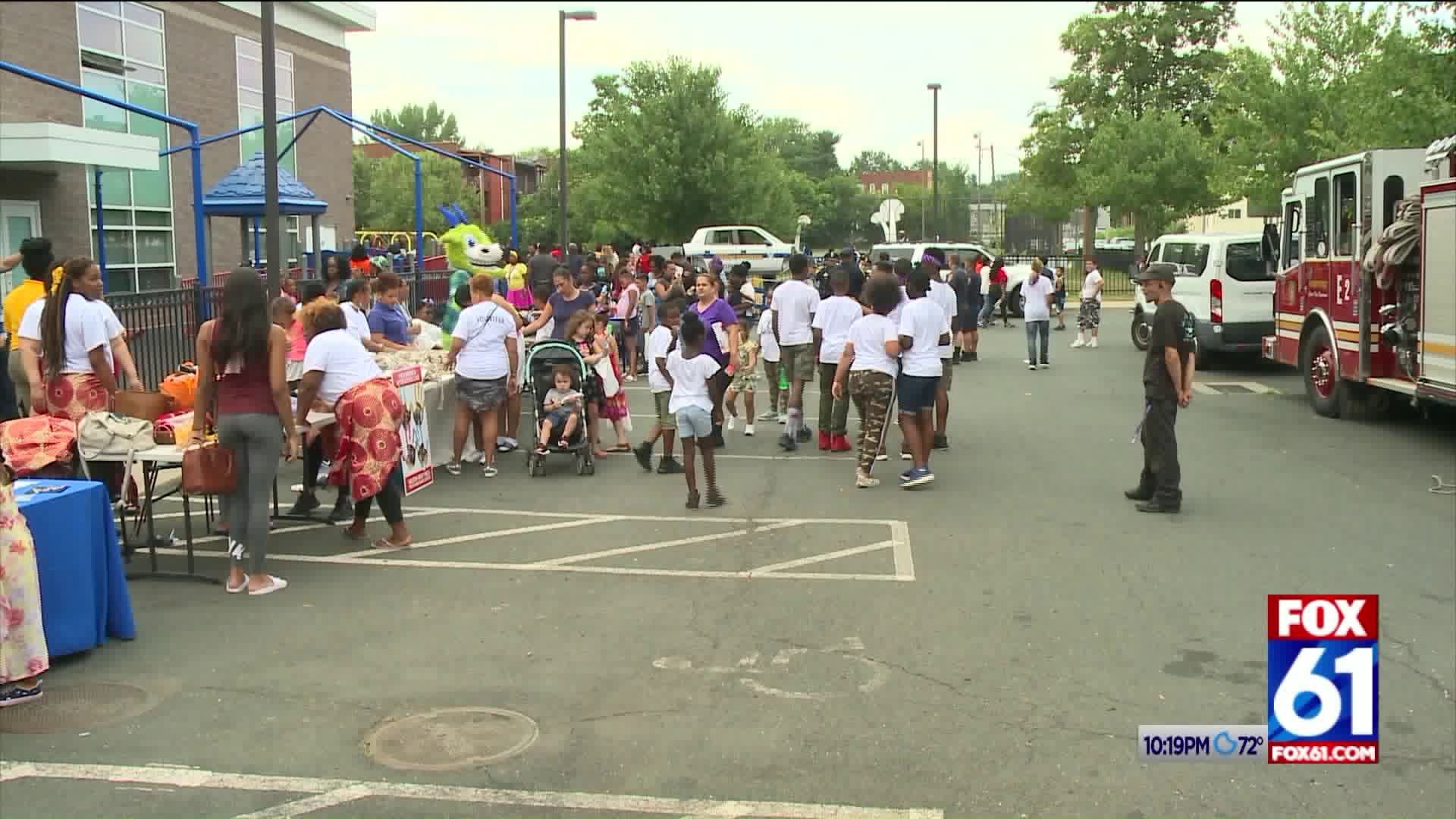 HARTFORD -- Tuesday was National Night Out, an event that is held once a year that's meant to create solidarity between police departments and the communities they protect.

Hartford residents and community leaders turned out in large numbers to events around the city. They were able to enjoy free attractions, food, and activities meant for everyone.

At the Wilson-Gray YMCA, residents were able to enjoy free cotton candy, ice cream, and games for children.

National Night Out comes at a time when the State of Connecticut has seen a number of police-involved shootings this year, one occuring less than two weeks ago in Hartford.

41-year-old Alphonso Zaporta was shot by a Hartford police detective in July on the I-84 on-ramp at Capitol Avenue after a chase. Police said Zaporta grabbed a detective's gun before he was shot.

Connecticut State Police joined Hartford's Night Out for the first time this year.

Hartford Mayor Luke Bronin said incidents such as officer-involved shootings make events like National Night Out that much more important.

"National Night Out is an important time to set aside specifically so that our community and our first responders can get together, get to know one another and enjoy a night out," said Bronin.