NAUGATUCK — Police in Naugatuck are asking for the public’s help identifying the person responsible for a smash and grab burglary at the Station Restauran... 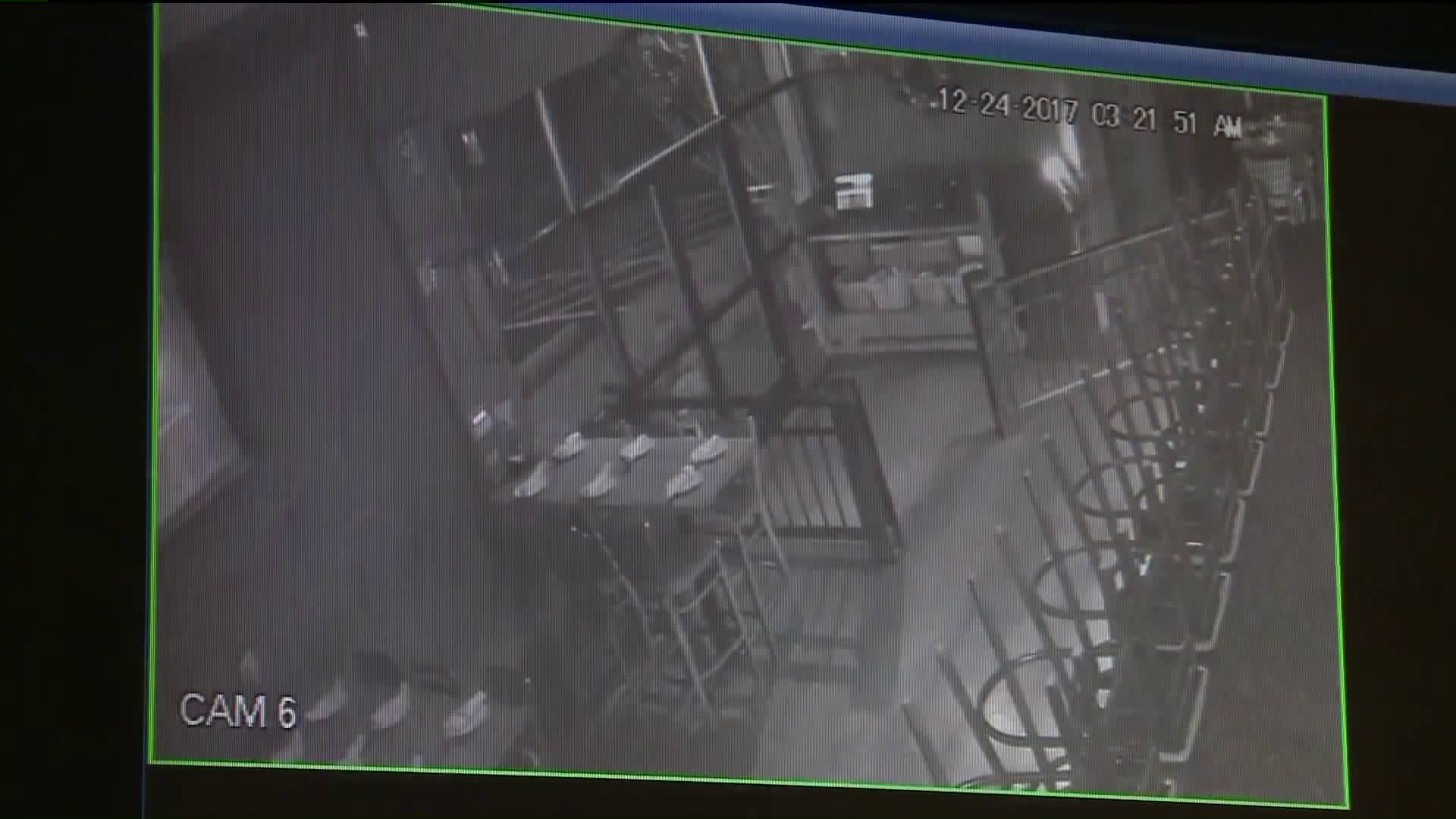 NAUGATUCK -- Police in Naugatuck are asking for the public’s help identifying the person responsible for a smash and grab burglary at the Station Restaurant on Water Street.  Police said the crime happened in the early morning hours on Christmas Eve and the whole thing was caught on surveillance video.

Naugatuck Police Detective Ronald Pugliese said they are looking for a white man who was wearing a hooded sweatshirt.  He's seen on the surveillance video using a hammer to smash in the glass door leading into the restaurant's bar area.

The Station Restaurant opened to the public for the first time at the end of the summer.  One owner of the restaurant told FOX61 there was no cash in the bar's register, but that the burglar got away with about $70 from the cash taped to their bar window.

“This money was actually on the window behind the register with some good luck sayings to our restaurant, they literally tore the bills that were taped to the window," co-owner Carlos Santos said.

Carlos said they are offering up $500 to the person that can positively identify the person responsible.

Naugatuck police said they are seeing a rise in these kinds of crimes in the area.

“Especially with the opioid crisis it seems that a lot of people are desperate and this is what they’re turning to. They’re turning to burglaries and larcenies looking for a quick score, some cash, or anything that they can pawn quickly and they’re using it to get their fix," Detective Pugliese said.