HARTFORD — After a tight race, Bob Stefanowski says he will concede the governor’s race to Ned Lamont, making Lamont the next Governor of Connecticu...

HARTFORD — After a tight race, Bob Stefanowski says he will concede the governor’s race to Ned Lamont, making Lamont the next Governor of Connecticut.

In a statement by Lamont, he thanked Stefanowski and said he looked forward to working with him:

Earlier this morning, I received a call from Bob Stefanowski. After a long campaign, he could not have been more gracious, and I could not be more appreciative. I look forward to working with him, because we all need to come together – regardless of party – to solve our state’s biggest challenges.

I’m humbled and I want every resident to know how grateful I am for this extraordinary honor. I will work every day – honestly and thoughtfully – to move this state forward and be a champion for Connecticut. 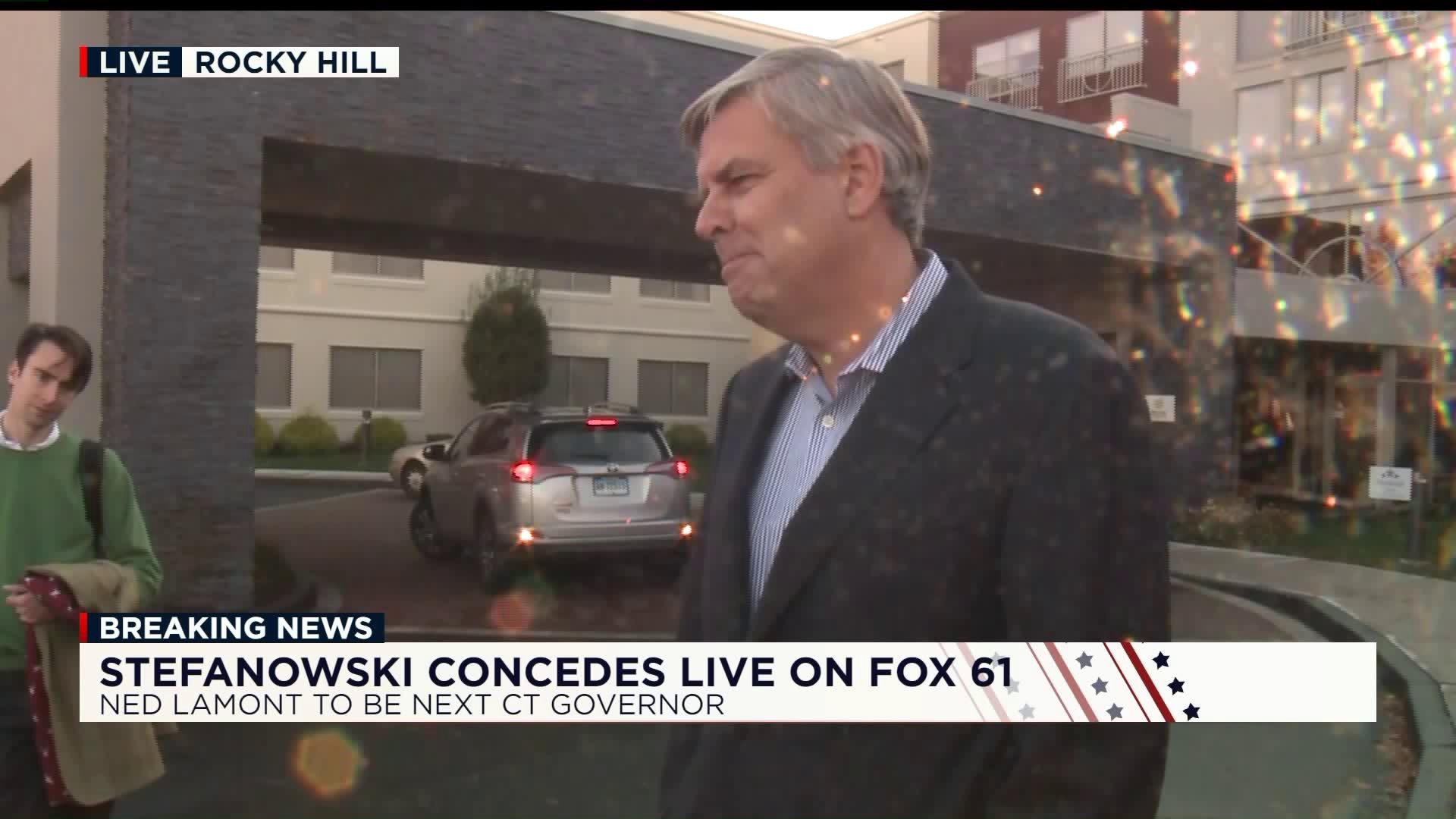 In a statement released by the Stefanowski campaign, Stefanowski said he congragulated Lamont on a hard-fought victory:

A few moments ago, I called Ned Lamont to concede the race for governor and congratulate him on a hard-fought victory. I wish both Ned and the state of Connecticut success over these next four years.

While this is not the result we would have hoped for, I am glad that we were able to draw so much attention to the tax burden in this state. Think about it – at the beginning of this race, we were laser-focused on cutting taxes, while other candidates were talking about raising taxes. We were able to mold the discussion in such a way that the other candidates slowly began to come around to the same conclusion to varying degrees.
I am hopeful that by relentlessly focusing on that issue we’ve started the conversation on how we can start to bring the tax burden on Connecticut families down.

Words cannot express how humbled and honored I am at the tremendous support we received from people all across Connecticut during this campaign.

This road hasn’t been easy on any of us, but I want to thank my incredible wife Amy and my 3 beautiful girls for taking this journey with me – for having my back throughout this campaign - for putting up with the late nights and the nasty ads - and for encouraging me when I questioned whether we were doing the right thing.

I also want to thank to thank our army of tireless supporters who donated, put in countless hours on the phones, knocked doors, and helped to get out the vote.

I will be forever grateful for the love and support this state has shown me, my family and this campaign over the last year.

I have learned a lot over the course of this campaign, but the biggest takeaway for me has been the realization that CT is one big family. That won’t end with the campaign. We will continue to share that bond regardless of today’s outcome.

Stefanowski's campaign raised concerns Tuesday with a judge about some new voters in New Haven and at the University of Connecticut being allowed to cast ballots after swearing as a group they've never registered to vote before in the state. The potential voters were waiting in a long line to take advantage of the state's Election Day voter registration law.

Stefanowski also says he will let go the voter injunction he filed for yesterday.

A court hearing was planned tentatively for Friday on whether the ballots cast in New Haven and the University of Connecticut should not be included in the total tally. Gabe Rosenberg, a spokesman for the Secretary of the State's Office, said the registrars were advised to segregate the ballots but still count them toward the final tally pending the potential injunction. 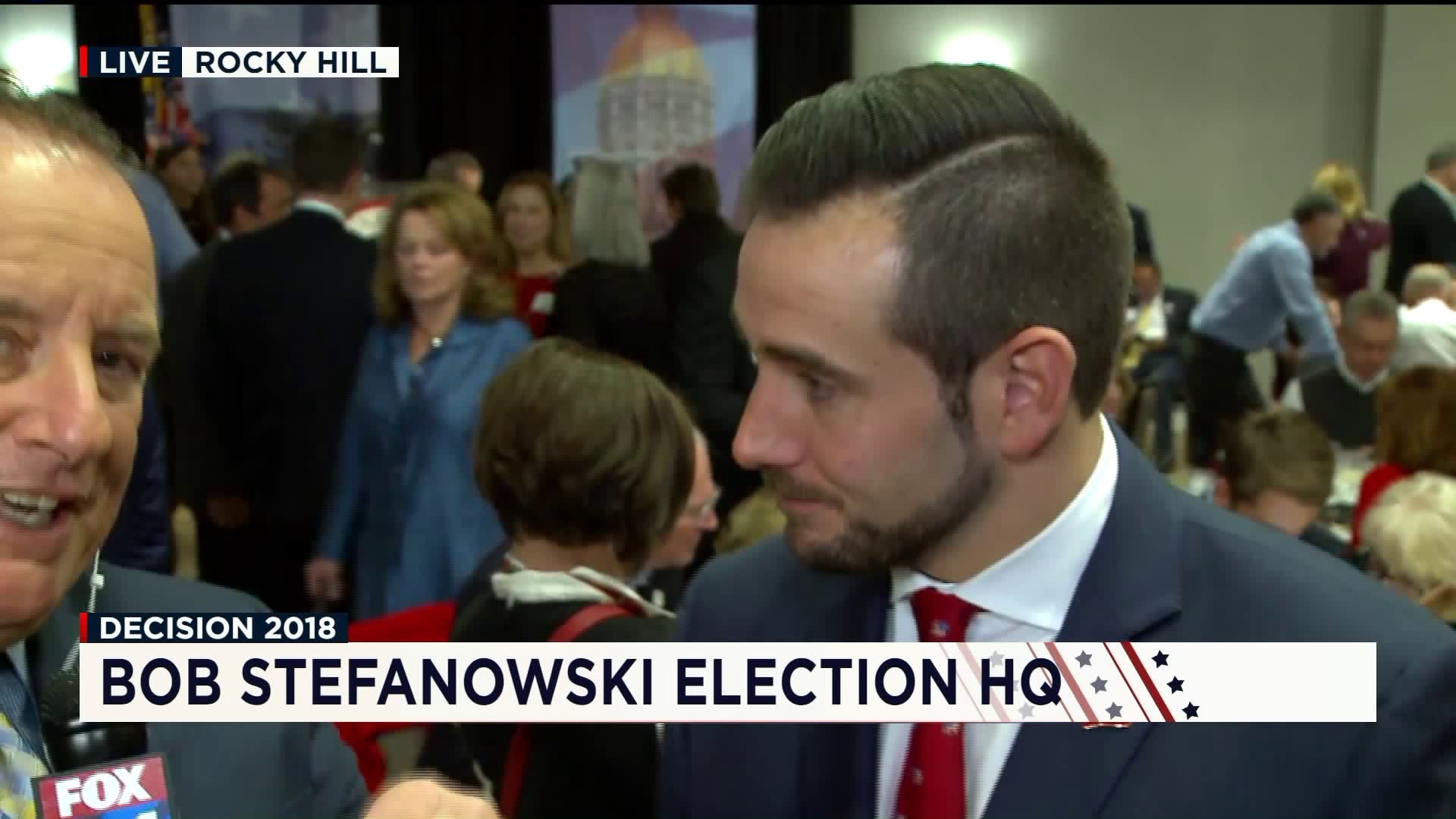 Voter turnout was high for a midterm election in many communities as more than 42 percent of the state's record 2.16 million registered voters cast ballots by Tuesday evening, according to Secretary of the State Denise Merrill's office. Merrill said Election Day had gone smoothly despite some long lines and some ballots getting dampened by rainwater from voters' jackets.

Turnout is typically about 55 percent to 65 percent in midterm elections.

The vote for governor headlines midterm balloting in Connecticut that includes contests for a Senate seat, the state's five U.S. House seats and other statewide and local races. Democratic U.S. Sen. Chris Murphy easily won his bid for a second term , as well as Democratic U.S. Reps. Rosa DeLauro, Jim Himes, John Larson and Joe Courtney. While the race was too close to call, former national teacher of the year Jahana Hayes declared victory in the 5th Congressional District.

Stefanowski, of Madison, and Lamont, of Greenwich, led a pack of five men vying to succeed Gov. Dannel P. Malloy, a Democrat who narrowly won the state's top office in 2010 and 2014. Petitioning independent candidate Oz Griebel, a former Republican and Hartford business advocate, conceded the race by mid-evening.
"I obviously did a very poor job of convincing people that they should vote for the best ticket and not the lesser of two evils," he said.

Lamont and other Democratic candidates have made this election partly a referendum on President Donald Trump. Lamont has promised to be the state's firewall against the president's policies.

The state's continued economic challenges, including projected budget deficits, have also been a key issue.

Republican state Rep. Doug Dubitsky, who greeted voters in a drizzling rain outside a polling place in Norwich, said he wasn't sure how much influence the president will ultimately have on the state's election.

"Most of the people that I've spoken to are really concerned about Connecticut's economy," he said. "Because really, everything flows from that: education health care, municipal issues."

Stefanowski has painted Lamont as a clone of the unpopular Malloy who would preside over tax increases.

A rare Republican in heavily Democratic Hartford, Ken Lerman said high taxes — not Trump — were foremost on his mind as he filled out his ballot.

"Our taxes keep rising. We can't afford it," said Lerman, an attorney and chairman of the Hartford Republican Town Committee. "We need a change in government."

Lamont, in turn, has accused Stefanowski of proposing a reckless tax-cutting plan and being a threat to Connecticut's values, including the state's strong gun control laws and protections for women.

Libertarian Rod Hanscomb and Mark Stewart Greenstein, co-founder of Americans for Minimal Government Party, were also on the ballot.