PUTNAM  — A fire ripped through a home displacing several families Friday morning. When officials arrived on-scene the roof was nearly caved in as flames ... 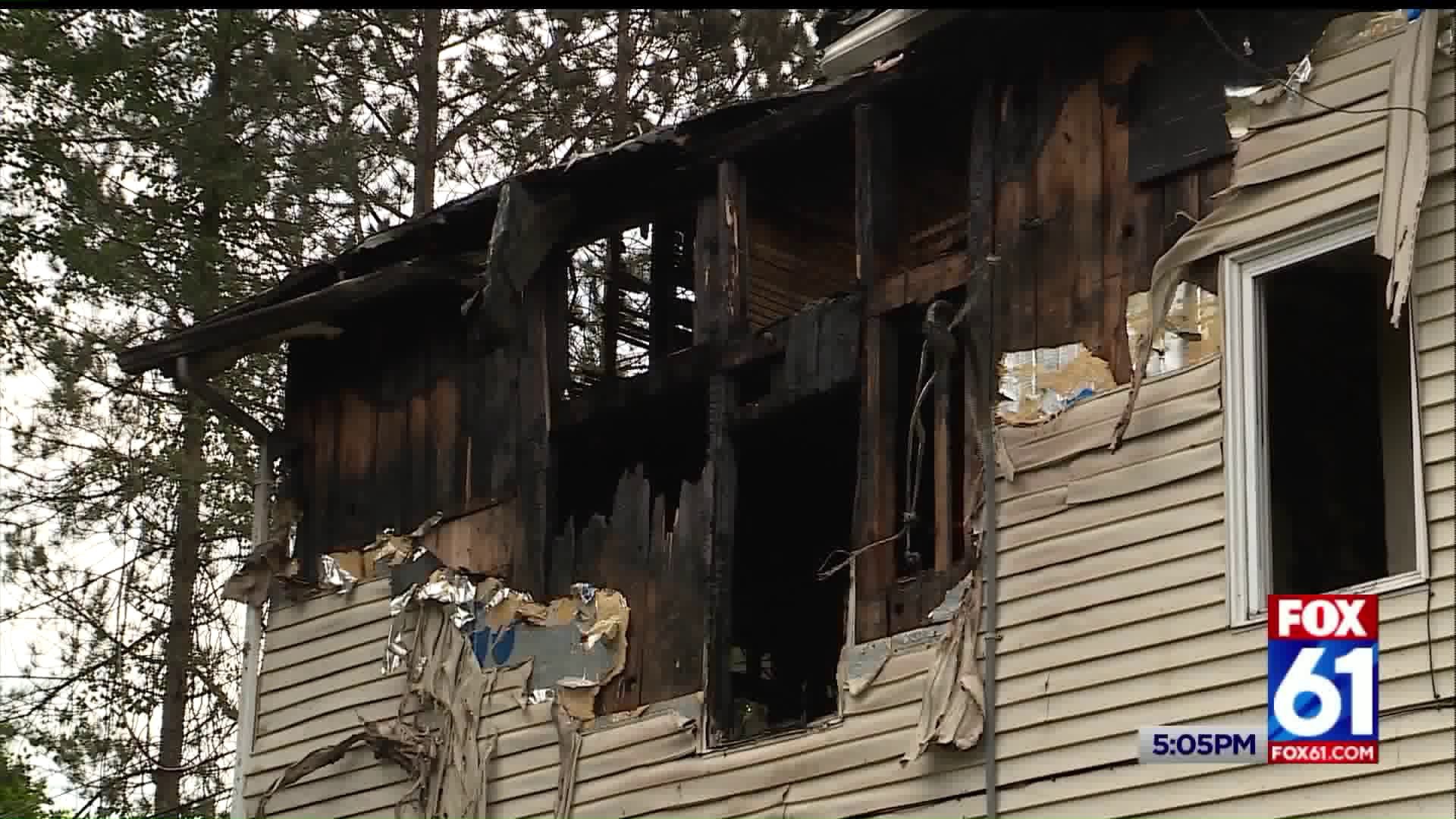 When officials arrived on-scene the roof was nearly caved in as flames ripped through the multi-residential apartment building.

Residents FOX61 spoke to say this was not what they were expecting when they woke up this morning.

“I was just waking up, getting my grandchildren ready for the day and I seen smoke out the window and I went to go look to see what was going on and next thing that I know the house is on fire," said Lauren Fields.

Olin Lego lives in the adjacent building and said, “To see something like this happen and it’s even worse when it’s people you know, people you consider friends.”

7 people were displaced, but the American Red Cross says they will be helping them during this rough time.

Derek May explained, “They’ve been given some funs to help them find a place to stay tonight and help give them a path forward.”

Norm Perron said, “They were still in bed, they were sleeping and they directed me that their feet were hot, not burning but was hot… and looked and found fire at the base of their bed between the bed and the bureau.”

Even in the midst of tragedy, there was some good news, two cats were saved from the charred building and one neighbor was deemed a hero.

Fields said, “We were shaking and crying and my grandchildren said, 'Gram, gram what’s going to happen,' I said we are going to be safe Jackie is bring us over to her house.”

Jackie Bagley lived in a home in the same lot as the structure that caught on fire. She led Lauren Fields and her gran children to safety, but says she was just doing what any good person would have done,

Bagley said “I was scared because it’s so close to the second home that I’ve seen flames jump and I didn’t want anybody in the house to be injured so I did what anybody else would have done.”

FOX61 spoke with the property owner who says he will be helping families find a new place to stay alongside Red Cross.