SOUTHINGTON — The first Mission BBQ opened on the 10th anniversary of the September 11, 2001 terrorist attacks in honor of the men and women who serve our... 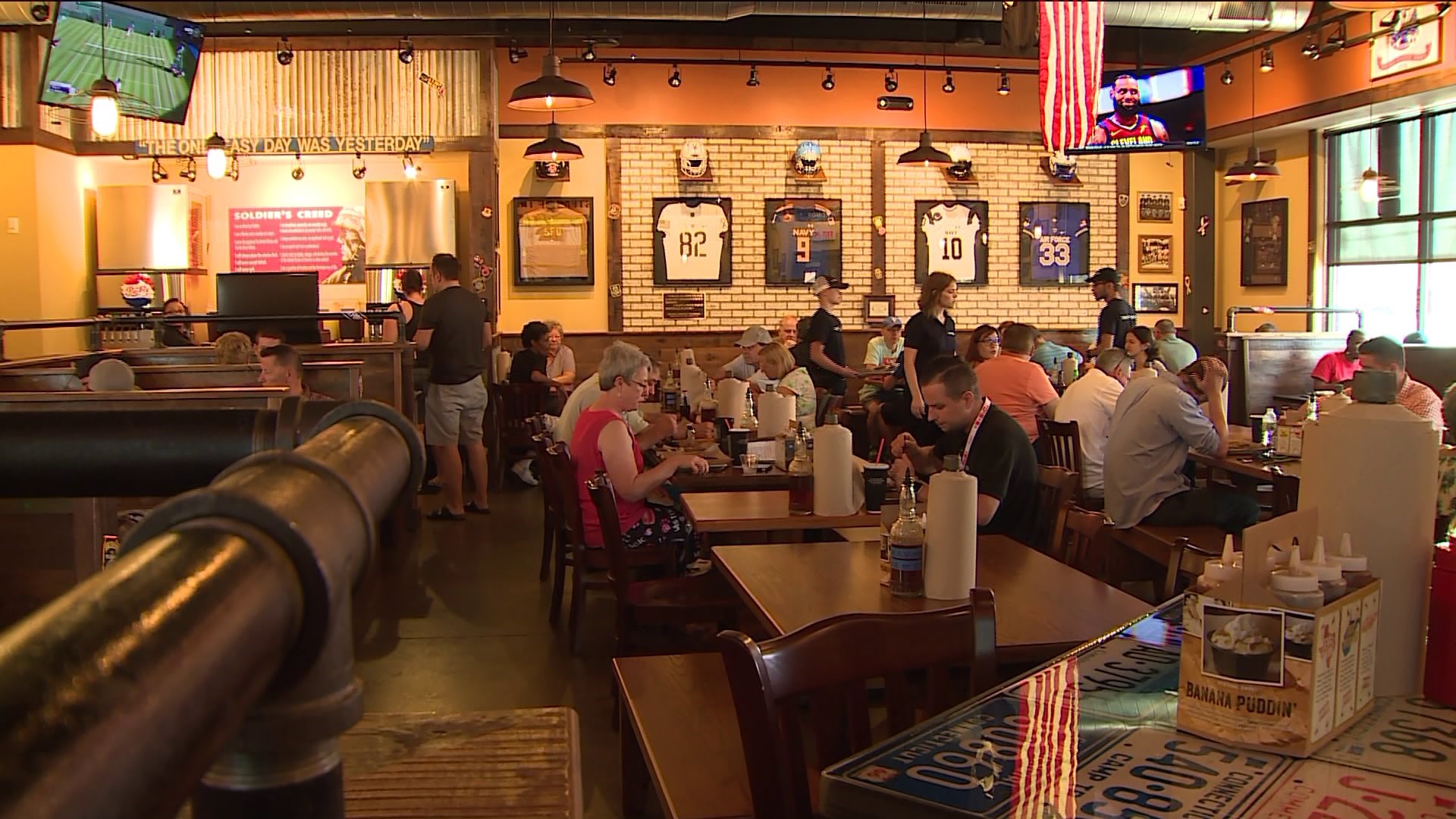 SOUTHINGTON -- The first Mission BBQ opened on the 10th anniversary of the September 11, 2001 terrorist attacks in honor of the men and women who serve our country. The 68th location opened in Southington Connecticut on Monday.

Everyday at noon, people at the Mission BBQ restaurant stand up and sing the national anthem. It’s just one tribute the owners of the restaurant have made to help make service men and women feel proud to serve.

If you take a look around, it’s not the only tribute.

"If these walls could talk, they’d tell stories of service and that’s exactly what we hope to do," said Josh Mitchell, the regional director of Mission BBQ.

"Flood the walls with pictures and patches and stories of service so that the stories of loved ones can continue to live on throughout our community," said regional director Josh Mitchell.

A Southington fire department ladder, badges of local police departments around the tables, and a 9/11 tribute wall surround people as they walk through the restaurant. Even outside a Connecticut state flag plaque made by a Marine veteran raises awareness for PTSD.

"To come into this building and see all of this is just honorable and I’m grateful to be here today," said Officer Andrea Saunders of the Waterbury Police Department. Saunders sang the first national anthem at the restaurant during the opening ceremony.

The classic American BBQ is made fresh every day using a combination of flavors from states across the south.

The grand opening on Queen Street in Southington marks the beginning of expansion into New England for the BBQ joint. Soon, the owners are opening another one in Glastonbury.