HARTFORD —  “These cracks go sideways,” said Jim Williams. “They go multiple different ways. It looks like a road map on your foundation.” Like hundreds o... 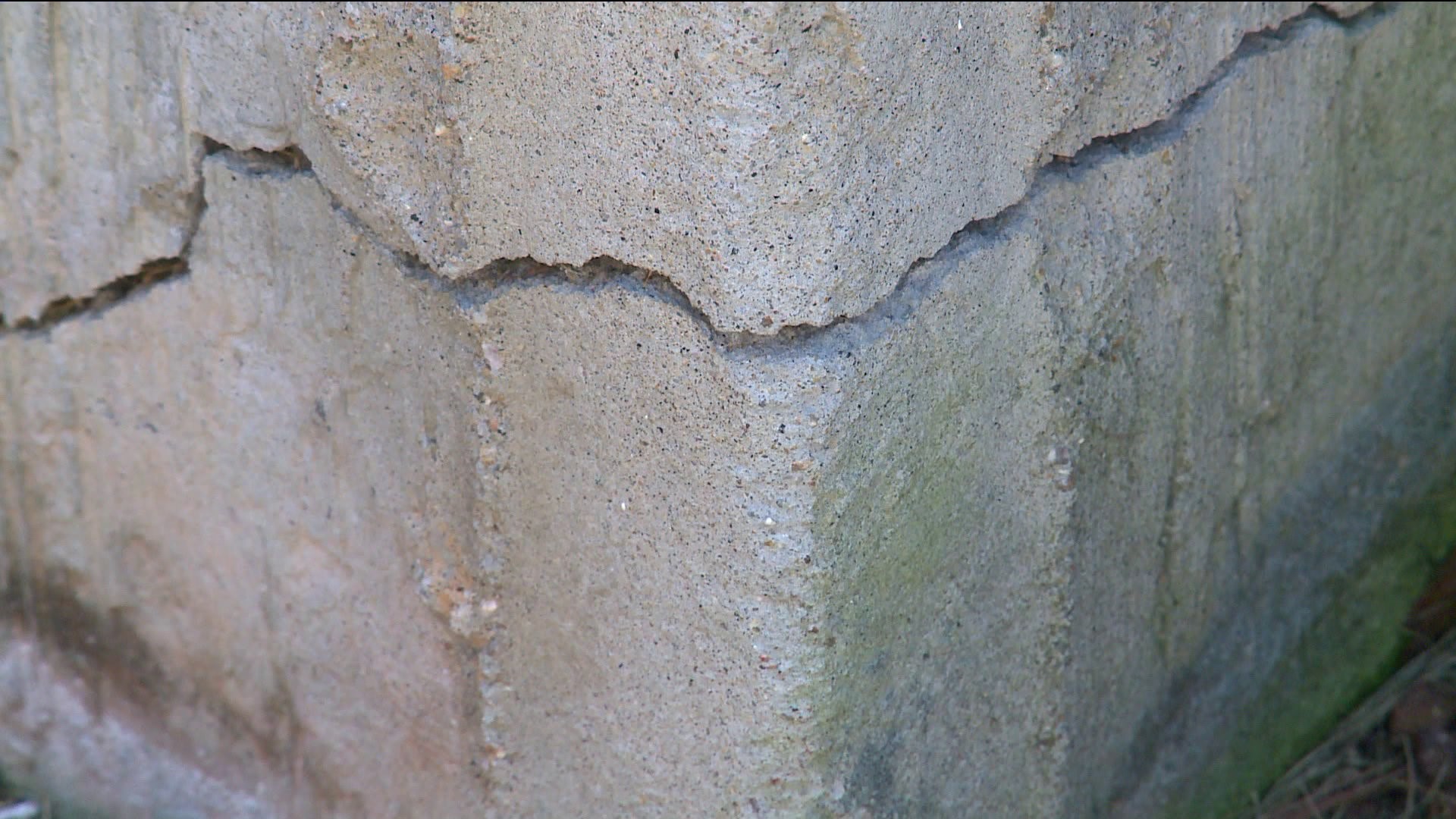 HARTFORD --  “These cracks go sideways,” said Jim Williams. “They go multiple different ways. It looks like a road map on your foundation.”

Like hundreds of homeowners in Connecticut, Williams is worried about the crumbling cement foundation around his family’s Tolland home.

He’s hoping a new state bill would force insurance companies to pick up the tab.

“Try to get some sort of resolution here at the state level,” Williams said.

During a General Assembly Judiciary Committee meeting Monday, Williams and about 100 members of the Connecticut Coalition Against Crumbling Basements expressed their support for S.B. 518.

The legislation defines “peril of collapse,” which places more responsibility on insurance companies to pay for crumbling foundation repairs.

It also imposes a $20 surcharge on homeowner policies, which would go towards a crumbling foundation assistance fund.

“I don’t think $20 a year is a lot to expect from a homeowner that’s not affected,” said Tim Heims, who is president of the coalition.

Insurance Association of Connecticut President Eric George said, if passed, the bill would hit homeowners in the wallet hard.

“What it would do it significantly increased premiums because it’s a coverage that never existed before,” Williams said. “You’ve never had homeowners insurance covering defective product of this nature.”

“They are doing the wrong thing,” Williams said. “They are not helping people. And it’s a shame, it’s shameful.”

Williams said the crumbling foundation has greatly decreased the value of his home and his insurance company won’t pay for the cracks in the foundation. The bill may be one of his last hopes of recourse.

He also said the crumbling foundation has cost him part of his retirement.

“I would have a retirement you know that I could, I’m in my 60s and I could use that money right now,” said Linda Tofolowsky of Stafford.

“We could go into a lawsuit and unfortunately the lawsuits are expensive to put through,” Williams said.

The bill still must go through another committee hearing before it can move forward.