New Britain Bees work to give access to all

NEW BRITAIN – A young man is making his field of dreams a reality by using sports to enhance the lives of individuals with disabilities. Bryce Weiler is the co-... 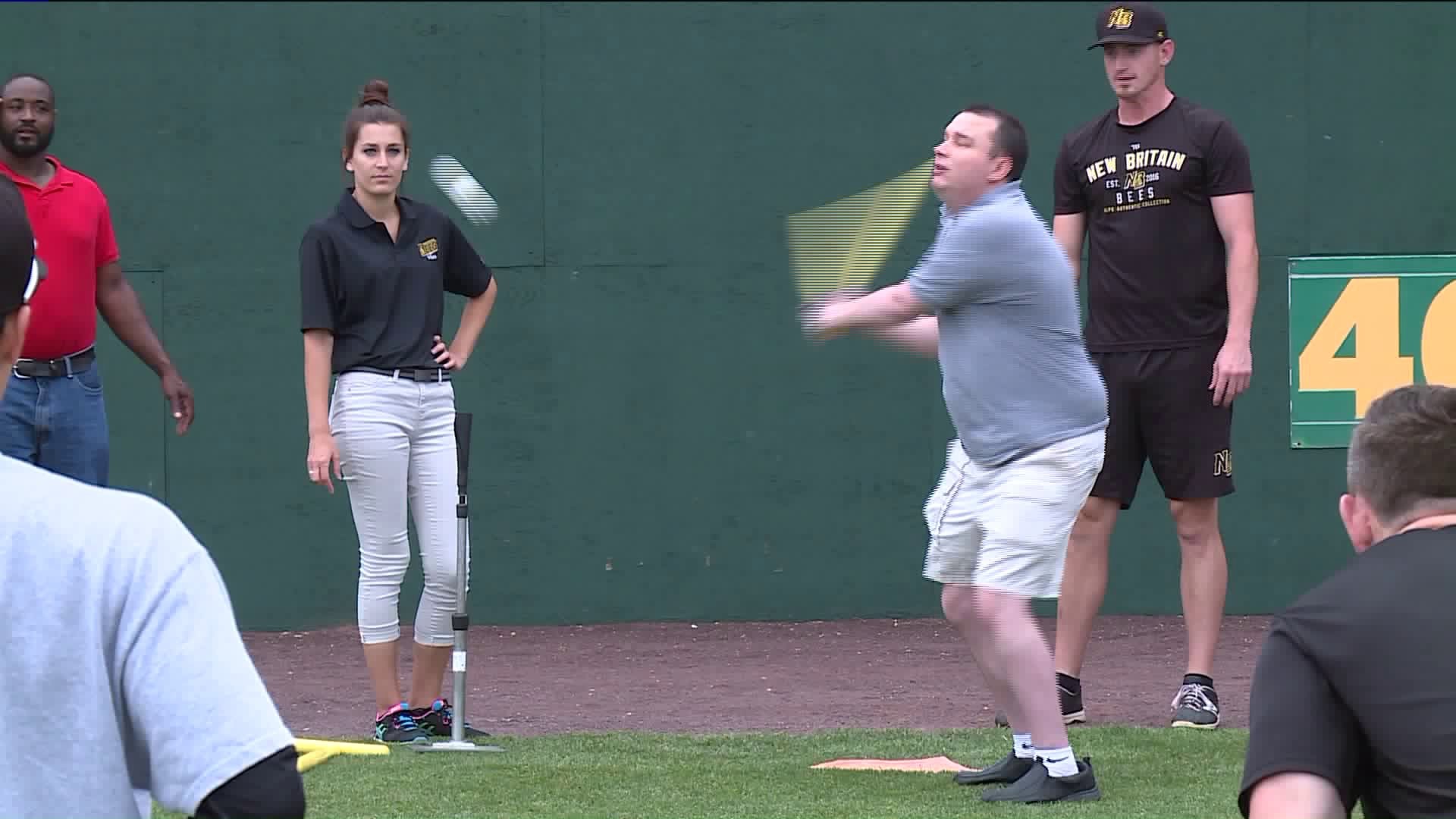 NEW BRITAIN – A young man is making his field of dreams a reality by using sports to enhance the lives of individuals with disabilities.

Bryce Weiler is the co-founder of, “The Beautiful Lives Project,” a non-profit organization that works with sports teams to improve stadium accessibility and experiences for disabled fans.

The 26-year-old is behind the “Field of Dreams,” program which provides these fans the opportunity to play on the field with players.

“It’s a good way for these players to realize while they’re out there playing baseball sometimes they may be upset because they struck out or they were unable to get on base but there’s always individuals who would love to be able to do what they’re doing and get to forget for a little while that they’re disabled and have the opportunity to play on the field,” Weiler said.

“I use my sense of hearing and my memory to understand where I’m going,” he said. “It’s more like there’s a brick wall in front of my eyes and I can’t really see anything beyond that.”

The New Britain Bees have welcomed the program with open arms, which started when team owner Anthony Iacovone received an email from Weiler.

“The first sentence was, I’m a blind 26 year old color commentator for baseball,” Iacovone said. “It immediately drew my attention in.”

Within five days the team had Weiler at the stadium and in two months, Iacovone said he has been able to build a tremendously successful program.

“Bryce has done a couple of speeches for the team and explained how his disabilities haven’t gotten in his way and I think when you kind of reflect and take a look at an able bodied individual who may make excuses, there’s no excuse to be made,” Iacovone said. “Bryce kind of showcases that by the things he’s doing here.”

New Britain Bees players teamed up with fans with disabilities on the field, Tuesday, for a “Field of Dreams,” game.

The idea began for Weiler, at the University of Evansville, when he was invited by the basketball team’s coach to sit on the bench at games.

“It enabled me to experience being around players and coaches and to forget for a few moments that I might not ever be able to live my ultimate dream of being able to see,” he said.

He wants to offer the same opportunity to others which is why he has brought this program to the Baltimore Orioles, and he said hopefully, many more teams.

His efforts go beyond just playing the game, he’s working to make stadiums across the country more ADA friendly.

“The Bees Stadium was the best stadium I’ve ever been to for a lack of things that needed to be fixed for disabled individuals,” he said.

Some improvements Weiler has made are adding more tactile strips to stairs and creating braille menus for fans.

“It shows these fans of these teams whether they’re disabled or not that their team really cares about them,” he said.

Tuesday’s “Field of Dreams Day,” was sponsored by Lennox. Several employees took to the field to play in the game.