The man who police say stabbed and killed a one-year-old girl in Bristol Monday night was being held on $2.5 million bond. Arthur Hapgood, 35, of Waterbury, is ... 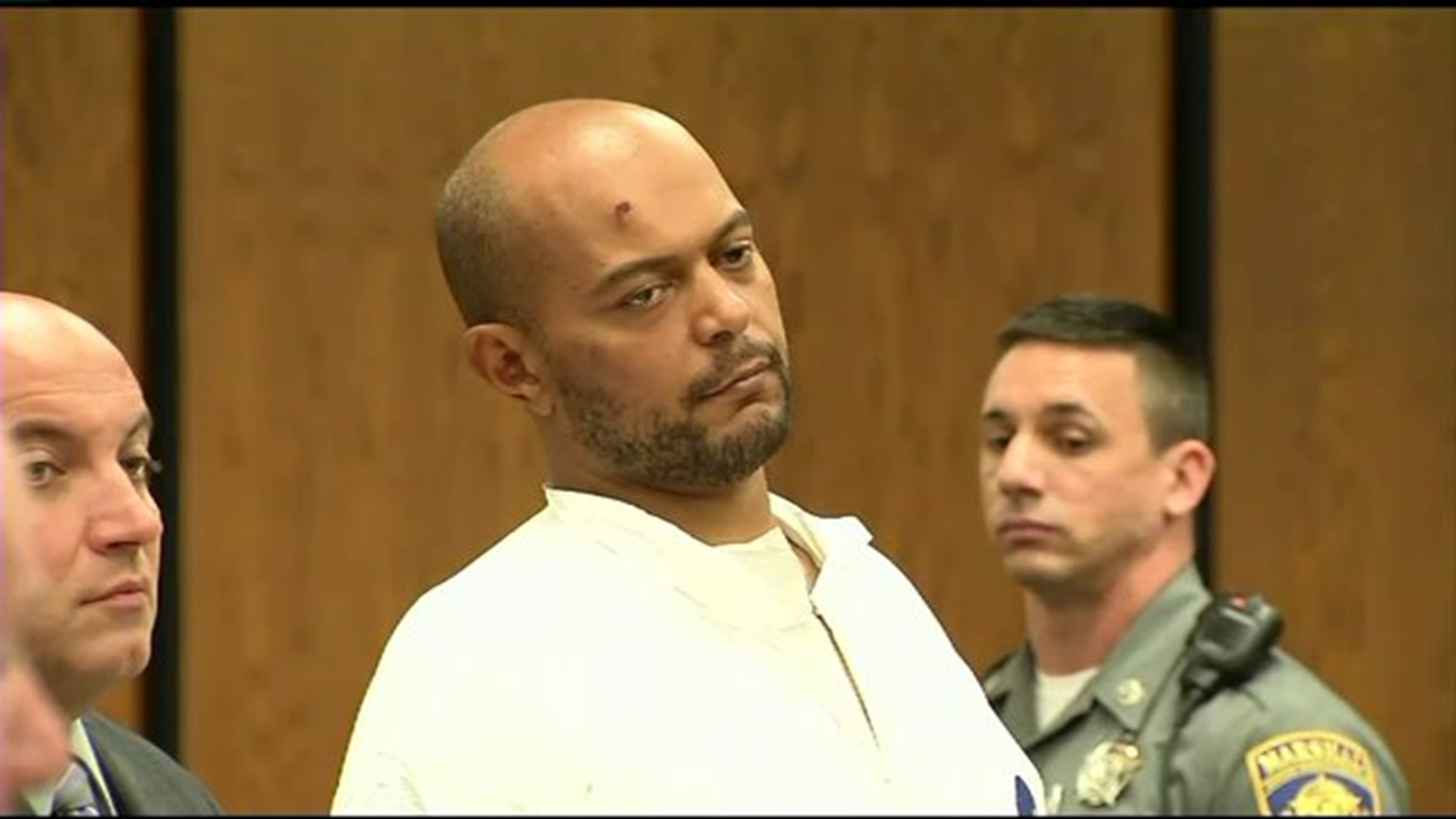 The man who police say stabbed and killed a one-year-old girl in Bristol Monday night was being held on $2.5 million bond.

Arthur Hapgood, 35, of Waterbury, is accused of stabbing little Zaniyah Calloway in the stomach in what family members described as a bizarre outburst inside an apartment on Park Street.

According to police reports, Hapgood lost it during a disagreement with his wife, grabbed a large kitchen knife, blocked the living room door with the kitchen table and then stabbed Zaniyah while she was being held by someone believed to be Hapgood's step-daughter.

Police had identified Hapgood as Zaniyah's uncle, but after his arraignment Juan Negron, who claimed to be another uncle, was adamant that Hapgood was not family.

"He was related to another part of the family, that's not a real uncle of hers, he's a lunatic, we don't got lunatics in our family," Negron said.

Also according to police reports, family stated that before the stabbing Hapgood said he was going to smoke some pot.  When police asked him what drugs he was on following his arrest, Hapgood said "all of them."

Hapgood was also naked when police put him in handcuffs.

Hapgood is charged with murder with special circumstances, first degree reckless endangerment, and risk of injury to a minor.

His case was transferred to New Britain Superior Court, where his next court appearance is scheduled for September 9.