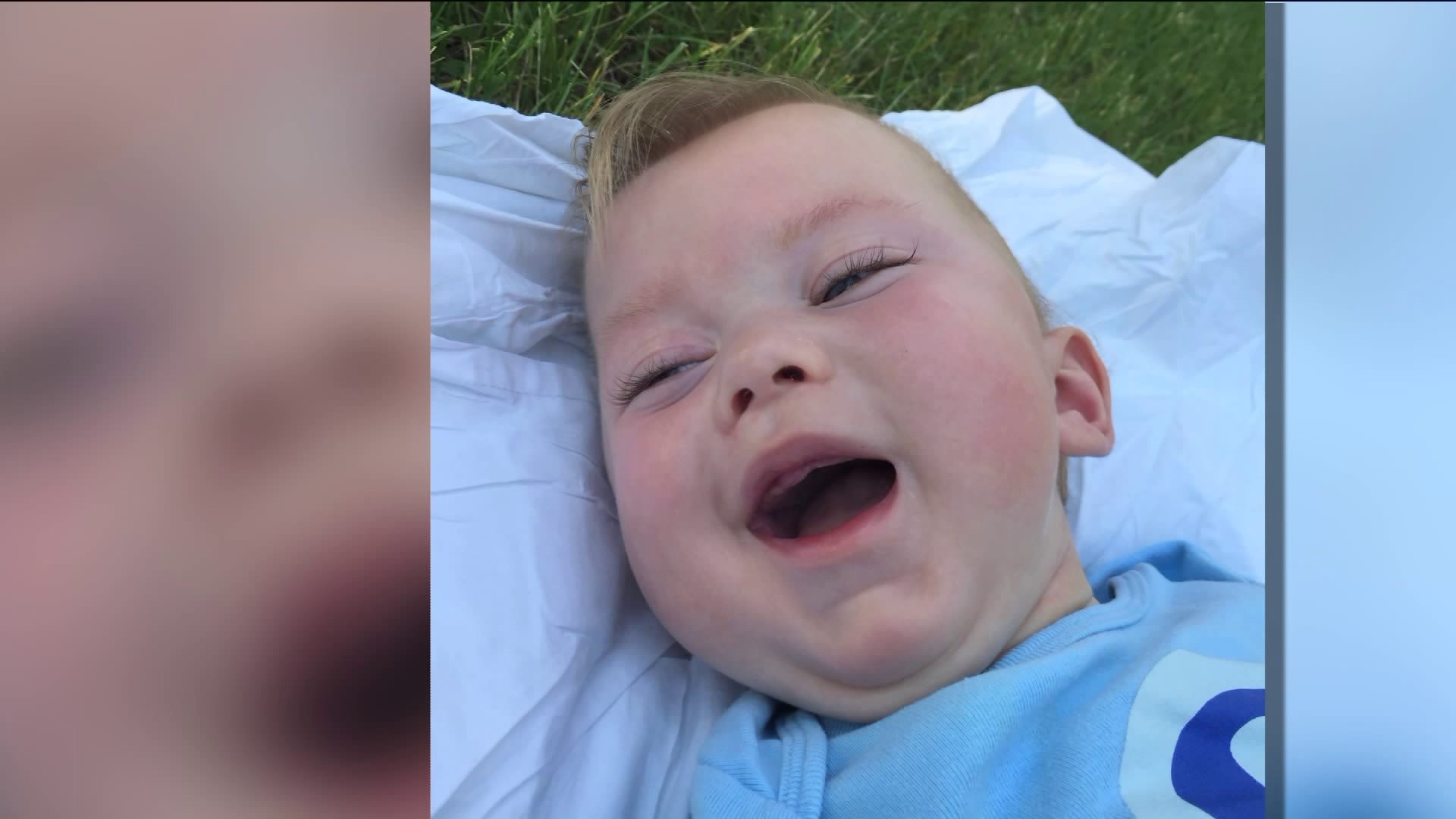 NEW HARTFORD --  New Hartford parents, Eric and Edward Mumm, are pleading for the big name pharmaceutical company to continue making the seizure medication they say their son desperately needs. The company is reportedly pulling the drug off the market by the end of June 2017.

Their son, Christian, celebrated his first birthday in April. He and his twin brother are the youngest of the five children in the family.

Christian’s official diagnosis came when he was about four months old.

"We were told by our neurologist that he had a spontaneous mutation in the gene KCNQ2,” Erica said. The mutation causes severe and frequent seizures for the young boy.

The Mumm’s were told by doctors this particular mutation responds well to the medication Potiga which is produced by GlaxoSmithKline.

The Company, however, had announced recently they were discontinuing the drug.

"Up until this point we hadn't been able to achieve seizure control for Christian on any other medication,” Erica said.

She added without the medication, her son suffers from clusters of seizures, often landing them in the emergency department, causing major setbacks to his development.

“Sometimes when he has a cluster of seizures he forgets how to eat or loses the ability to eat by mouth and it takes him a few days or a few weeks to regain that ability,” Erica said.

Potiga is able to target the KCNQ2 channel in Christian’s brain and his mom said to her knowledge there’s no other drug on the market that does that.

Christian’s parents said he is now only left with standard seizure drugs, which they’ve tried many times. They said those drugs tend to leave him sedated and lower his quality of life.

"Giving him good quality of life is about having him be awake and alert and having the ability to be able to learn at his pace and his ability,” Edward said.

The Mumm’s have sent letters to GSK, pleading for them to keep the drug on the market.

"All we're asking for is compassionate use availability so we're asking them to basically say we're going to allow the kids who are on the drug to remain on the drug,” Erica said.

GSK’s announcement to discontinue the medication cites, “limited usage of the medication and a continued decline in new patient initiation,” as reasons for pulling it. The added the discontinuation has nothing to do with safety reasons.

The Mumm’s said they plan to continue to fight for his quality of life and remain proud of their little boy.

"We may not have the opportunity to heal him, he may not be able to heal himself but, he heals everyone else and that's a gift and a very blessed gift to have knowing we get to be the parents of that,” his father said.

GSK released a statement on removing Potiga from the market:

“GSK plans to cease manufacturing and supply of retigabine/ezogabine, which is commercialised as Trobalt/Potiga, in mid-2017.  Currently, as few as 1,500 patients with epilepsy are treated with this medicine globally, with numbers continuing to decline.  GSK has informed key regulators and is in the process of informing healthcare professionals of its decision, in order to give them approximately a year to transition any patients currently receiving retigabine to alternative treatment, where this is required.   As with any medicine, it is very important that patients do not stop taking their antiepileptic medication without first speaking to their physician.”