New Haven bringing new meaning to ‘back to school’

NEW HAVEN – In recent years, New Haven public schools have touted the decrease in their drop out rate. But, for those who ultimately never did get their a... 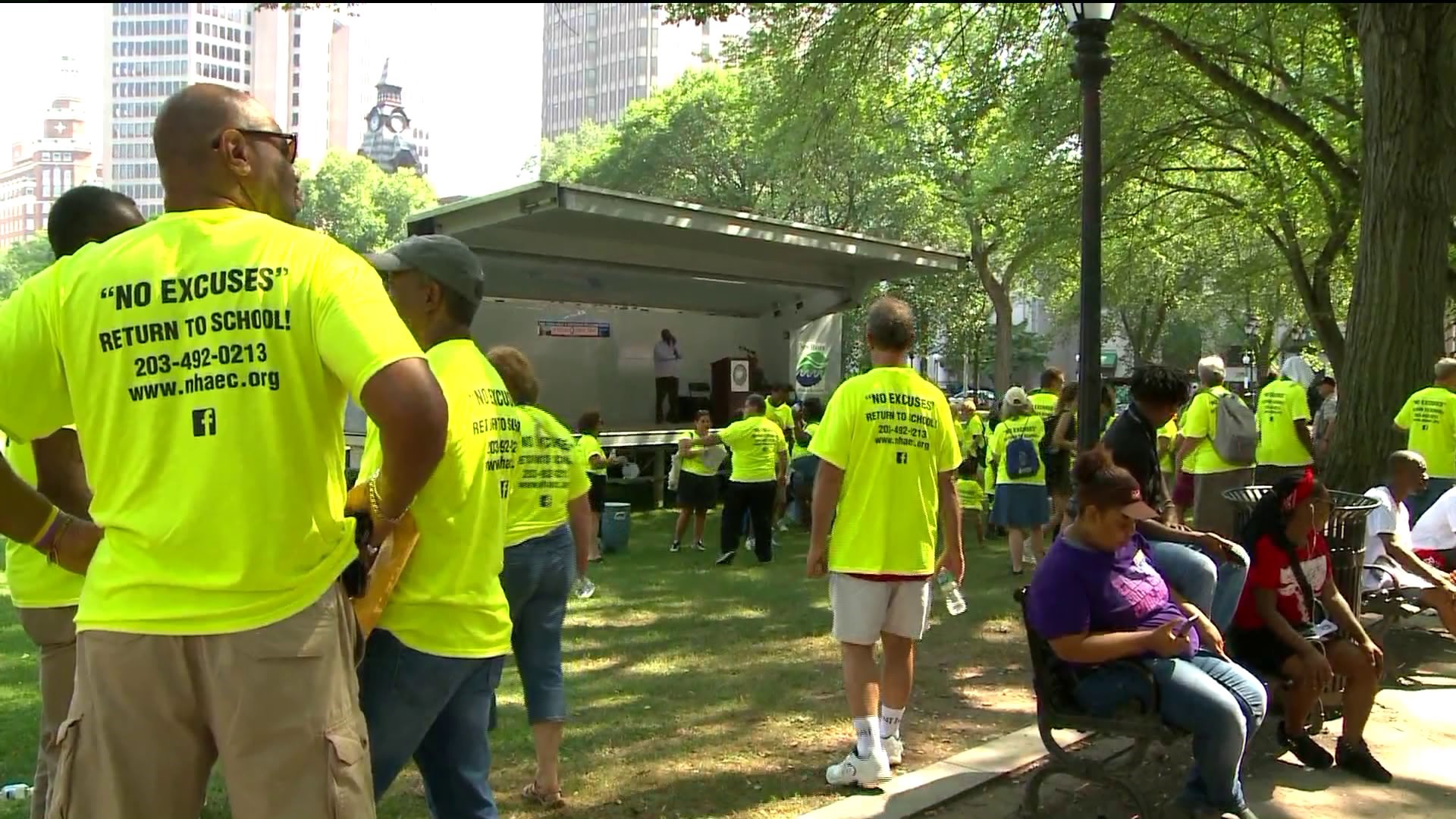 NEW HAVEN - In recent years, New Haven public schools have touted the decrease in their drop out rate.

But, for those who ultimately never did get their a high school diploma, there was a big push made Tuesday to get them back in the classroom.

"Today is all about no excuses," said Michelle Bonora, Principal, of the New Haven Adult & Continuing Education Center, as she and her outreach team boarded a city bus.

"Do you know anyone who doesn’t have their high school diploma," asked Bonora of one of the riders.

Riding a city bus to the New Haven Green was one of the stops on their “ no excuses” tour Tuesday.

"One out of every six individuals, at least 18-years-old, in our city does not yet have their high school diploma and 30 percent have trouble reading or reading proficiently," Bonora noted.

Today’s mission: getting those over the age of 18 back to school, which some committed to this morning.

"Because the jobs out here are low minimum income and it’s good that your kids have a future," said Cornetha Harrigan of Bridgeport.

One of the recent adult education graduates life was completely transformed by finishing what had been started years ago.

Either culinary arts or law may be in the future.

"I was just kind of kind of trying to save up some money so I can go to college get my career on Straight Street," said Draughn.

A former New Haven middle school math teacher was among those connecting with adults during this inaugural recruiting mission, which brings skeptics.

"As long as you get to show them you’re doing it, here’s why we’re doing it and you let them know that this is a good thing to do and you show them the love that you really need to show them, they will be accepting of it," said Richard Cowes, a teacher in the New Haven Adult & Continuing Education GED program.

But, this was just their first stop on the no excuses tour. Later Tuesday, they really began to roll up their sleeves.

"We’re going to be sending teams all over the city, including right across the street at City Hall, the Board of Education, down in Newhallville, at the Stetson Library and in Fair Haven on Grand Avenue," said Bonora.

Registration for fall classes, both day and evening, takes place next Tuesday, September 4, from 9am until 2 pm, at the New Haven Adult and Continuing Education Center, at 580 Ella T. Grasso Blvd., New Haven.