NEW HAVEN — It was New Haven’s vote count that essentially sealed a gubernatorial election victory for Democratic candidate Ned Lamont. However, it ... 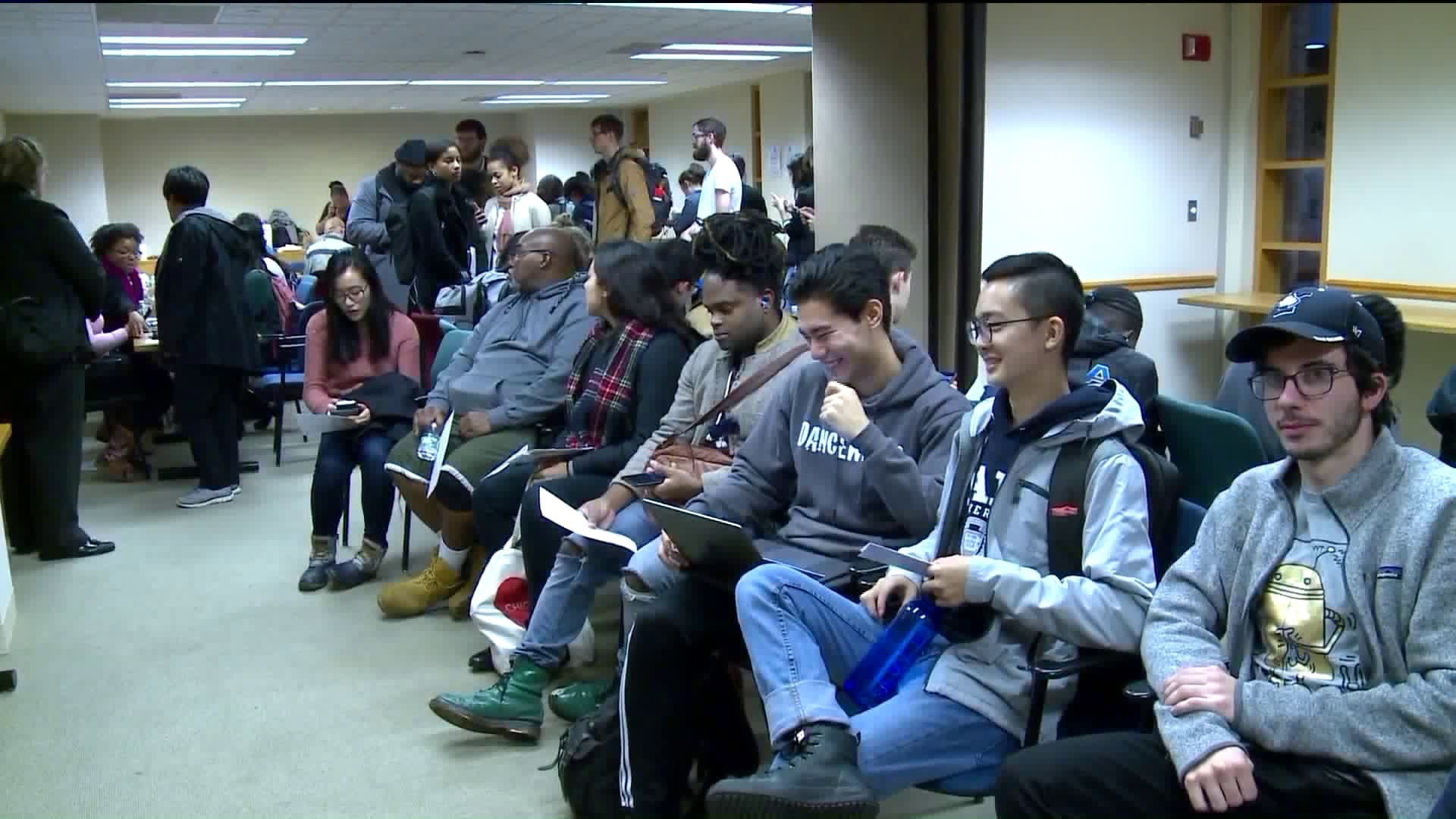 However, it took counting votes by hand to determine that vote count because of a series of obstacles on election day.

From wet ballots and broken voting machines across the city, to the controversy that unfolded on the second floor of City Hall, election day was a mess in the Elm City.

Connecticut's election laws clearly state that if you register to vote on election day, "you must be registered by 8 p.m. in order to vote."

But massive lines in New Haven brought about a compromise.

"Our greatest concern was that as many people as possible, who were in the line to vote and were first time voters in particular - and there were a lot of them - had a chance to vote," said the Secretary of the State, Denise Merrill, who did chide New Haven because they've had election day voter registration issues before.

She ruled that, if a person was in line before 8 p.m., and they attested before attorneys on hand to never having been registered to vote anywhere in Connecticut, they could vote.

"Tried to get a way to make this work and make it work legally so these votes would count," said Kevin Arnold, the Head Moderator for New Haven Election Day Registration (EDR).

In concert with conceding the election after New Haven's vote totals gave Ned Lamont a lead of over 20,000 votes, Bob Stefanowski also dropped the request for an injunction his campaign filed late last night.

"I think it’s a good resolution for both sides because those votes will be set aside," said Merrill. "And then, in the case of a close election, they’ll be treated like what we call a provisional ballot. In other words, we’ll count them. By that time we’ll have a chance to complete their registration, put them in the system and then we’ll be able to deal with it."

"It ended up being 64 people that were in that line that did not go through the normal process and then were able to vote," said Arnold.

He said more people should have been trained on voter registration to handle the crush, but also had a suggestion for those urging college students to register to vote on election day.

"I would say, take that enthusiasm and start it a month earlier."

New Haven's Democratic Registrar of Voters, Shannel Evans, ducked the media all day Wednesday. In response to voting machines breaking down and ballots becoming wet, she was leading a team of volunteers in counting ballots into the earl hours of Wednesday morning.