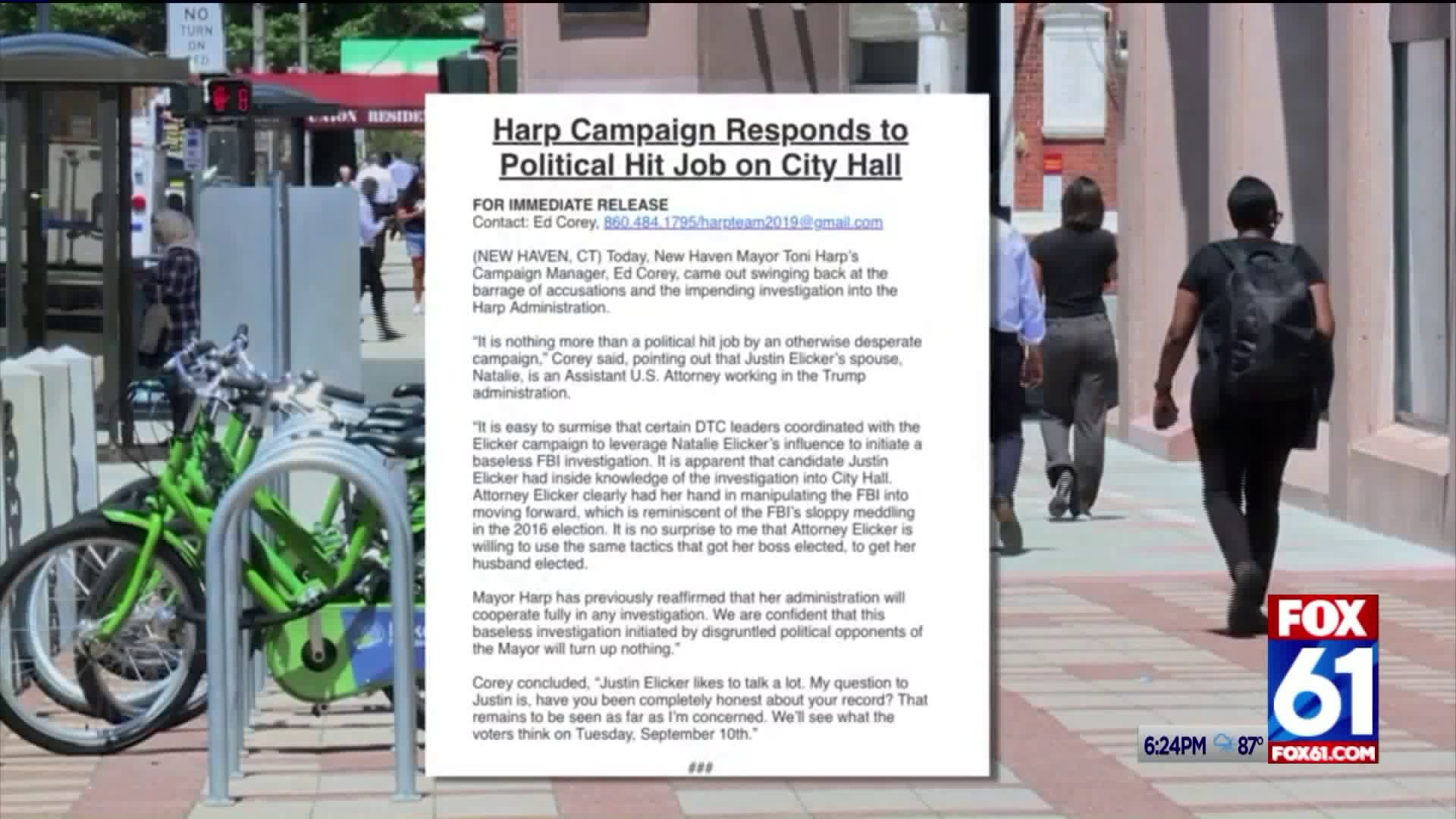 NEW HAVEN -- FBI agents issued a subpoena to New Haven Mayor Toni Harp’s office, asking for her administration to produce records for a federal investigation into a number of city accounts.

The subpoena seeks information surrounding a youth center that was never completed, according to a report in the Connecticut Mirror, but Youth Services Director Jason Bartlett did not respond to numerous requests for comment about the spending of a federal grant meant to address neighborhood violence.

At this time, Bartlett is on paid leave.

The news sparked a press release distributed by Mayor Harp’s office Wednesday, which “pointed out” that mayoral candidate Justin Elicker’s wife Natalie is an Assistant U.S. Attorney working in the Trump administration.

“It’s deeply offensive that the Harp administration is accusing my wife of a lack of integrity and of criminal activity,” said Elicker. “My wife has worked very hard to her position. For Mayor Harp to come at my wife when I am the candidate running for mayor, is deeply concerning and offensive.”

“I would characterize the release distributed as an emotional reaction to some of the unflattering news made public,” said Mayor Harp. “I acknowledge the release distributed yesterday was sent on my behalf. I don’t personally believe any officers or members of the New Haven democratic town committee are connected with the Trump administration in any way.”

Mayor Harp said her office is cooperating with authorities in the investigation and said emotions will continue to run high as the race heats up.