NEW HAVEN i- Police were called Thursday morning to a Sherman Avenue apartment building after it was noticed that two very young children were left home alone i... 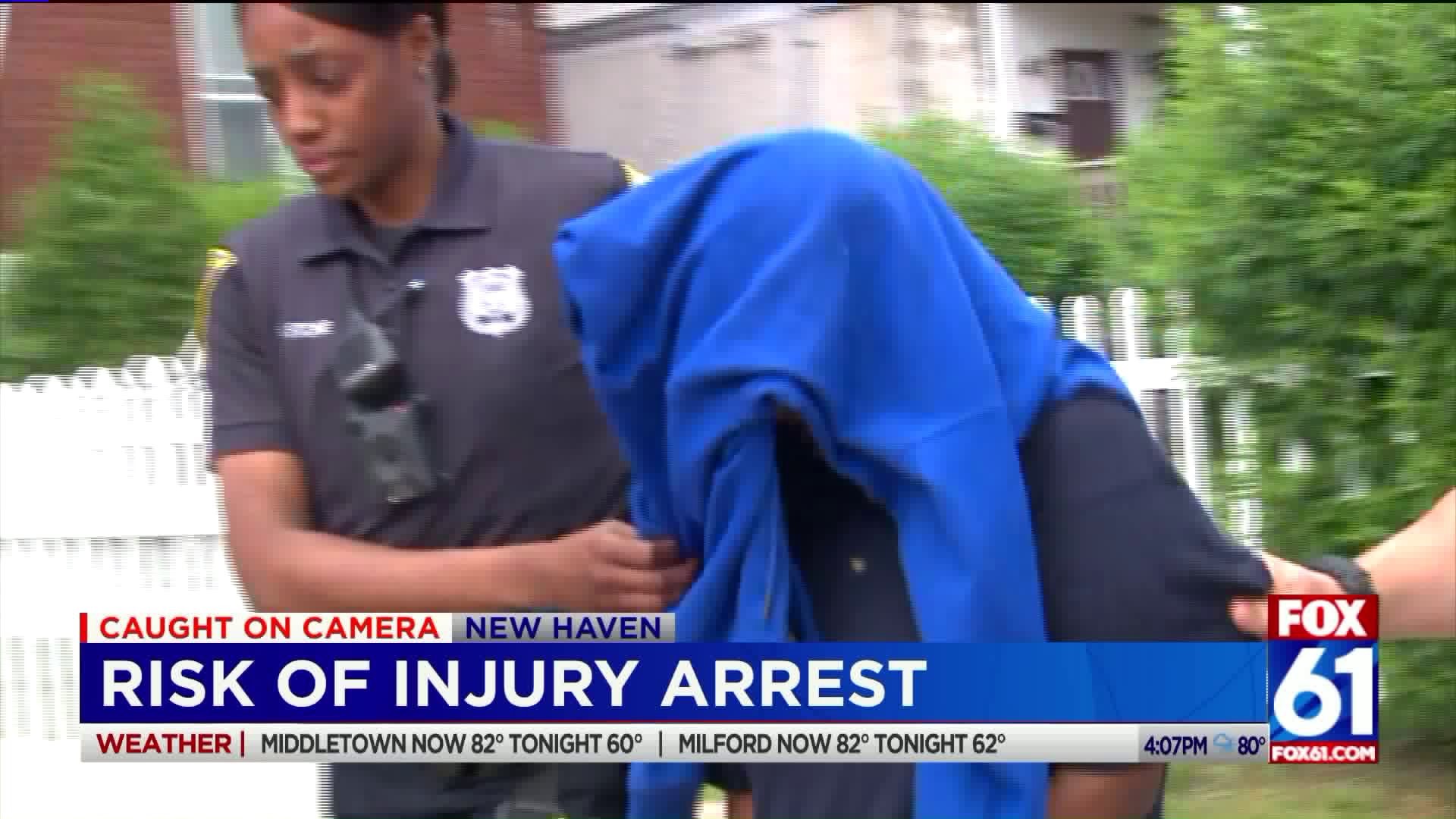 NEW HAVEN i- Police were called Thursday morning to a Sherman Avenue apartment building after it was noticed that two very young children were left home alone in their apartment.

After the children’s mother was arrested, there were multiple stories about whose responsibility the infant and toddler were.

New Haven police says a housing inspector and property manager were inside the apartment building and noticed the children by themselves.

Chantell Hamilton, 28, who told police she left the kids home while she ran an errand to court, was charged with two counts of risk of injury. Her three year old daughter and four month old son were placed in the temporary custody of the Department of Children and Families.

“Then, she’s got a four-year-old, who they’re going to get from school,” said Bernadette Belton, the grandmother of one of Hamilton‘s five children. “So, she has three that is going to be in DCF custody.”

Belton says it’s actually the father of the four-month-old, who should’ve been arrested.

“He (Nathan Lewis) was the last one in the house and he left,” Belton said.

She claims Lewis locked one of the kids in the bathroom, but police have not confirmed that yet.

He wouldn’t answer whether police have been trying to find him. And didn’t believe the kids were placed in DCF custody. He grew disgusted when told that the children were already in custody.

“Yo! Get these (cameras) out of my face cuz,” Lewis said.

New Haven police say they expect to have more information about this particular case later today when the police report is complete. Chantell Hamilton is being held on $25,000 bond.