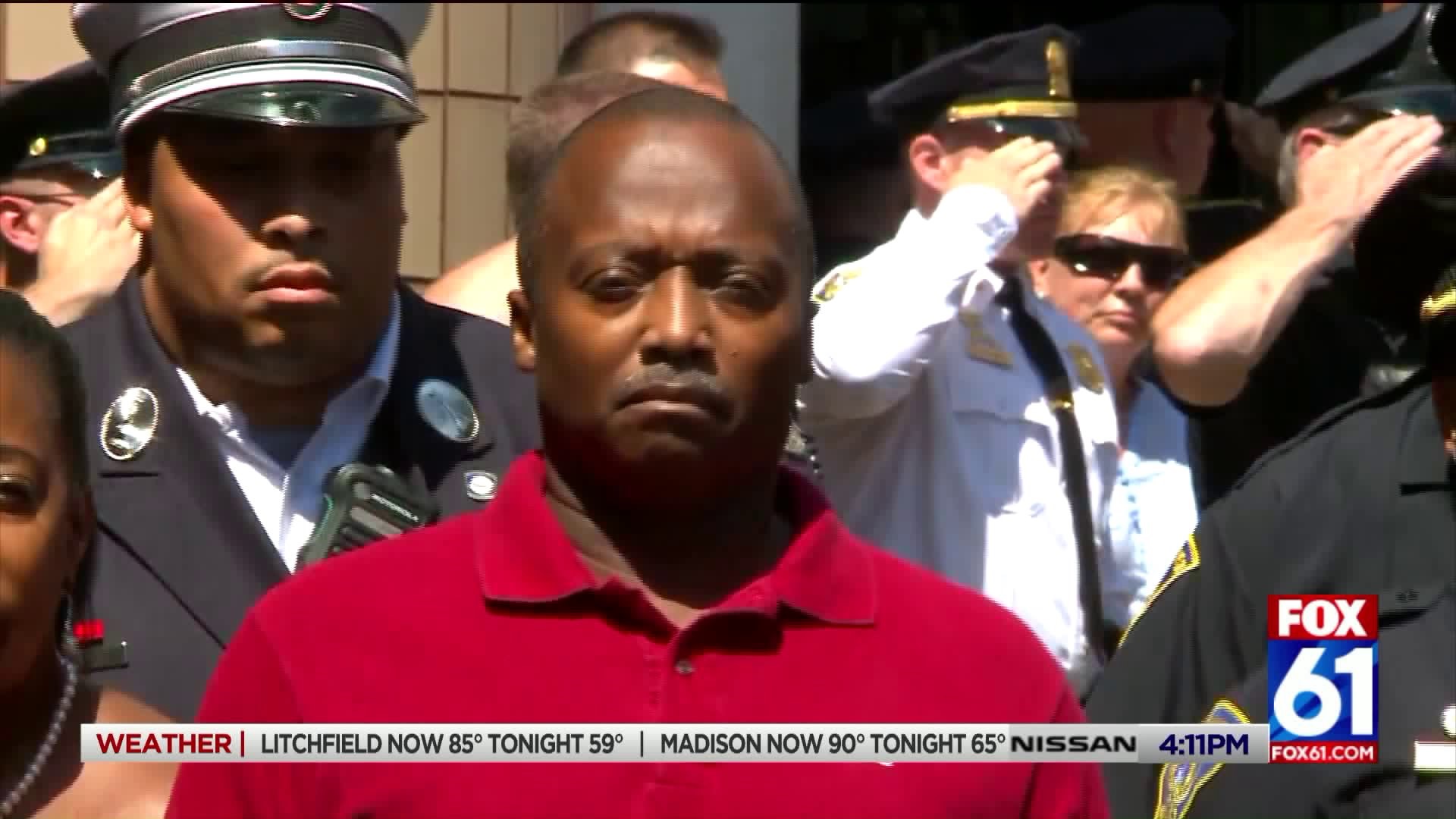 Captain Duff was on his way to the hospital where his first grandchild was born on the night of Monday, August 12, when he confronted a suspect who had just killed 46-year-old Troy Clark, of West Haven.

Off-duty and pursuing the suspect. Duff was struck three times, including in the chest, by the suspect’s bullets.

He survived the shooting, recovering from those injuries for days at Yale-New Haven Hospital before his release on Thursday.

Sergeant Kendall responded to the scene that night and found Captain Duff leaning up against some apartment steps on Henry Street.

“Arriving there and seeing Captain Duff in the state that I saw him in and now seeing him walk on his own to go home to his family… it is just amazing,” said Kendall. “It’s just a blessing, to say the least.”

“To see him walking and getting in that car is indescribable,” said New Haven Police Sergeant Shayna Kendall. “We’re very proud of him for honoring his oath and commitment to the community of New Haven.”

Hospital staff members and city leaders cheered Duff on, too.

“The fact that he is already on the road to recovery just makes us full of joy,” said New Haven Mayor Toni Harp. “It really brought tears to my eyes.”

The suspect who shot Duff and fatally wounded another man is still on the loose. Anyone with information should contact the New Haven Police Department.