NEW HAVEN – As a way to kick off “Stop the Violence Week” in New Haven, city officials and parents of children killed by gun violence, in the Elm City, ga... 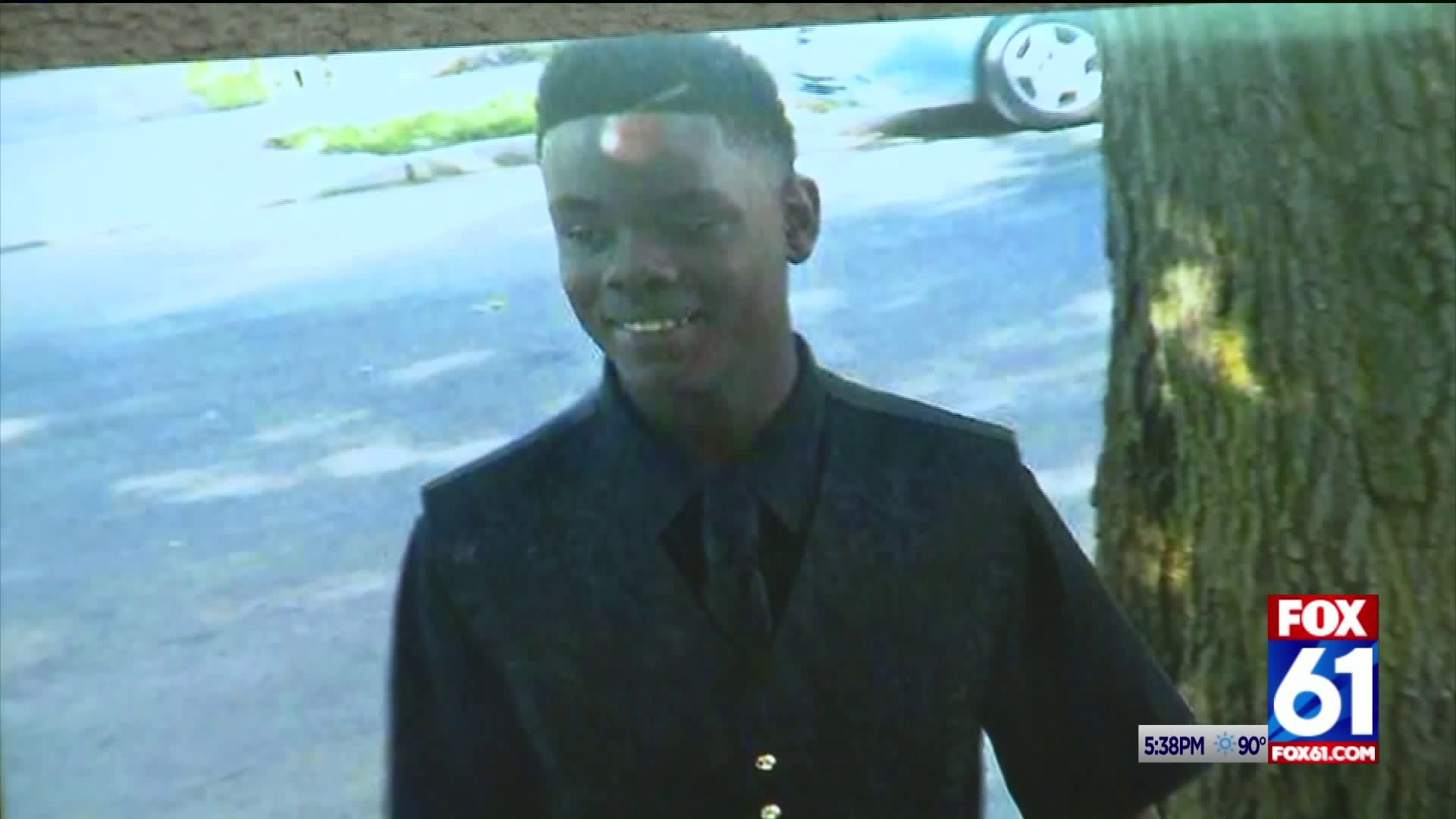 NEW HAVEN - As a way to kick off “Stop the Violence Week” in New Haven, city officials and parents of children killed by gun violence, in the Elm City, gathered Tuesday morning, on the second anniversary of the shooting death of 14-year-old Tyrick Keyes of New Haven.

“Tyrick was a young person, who was committed to not participating in gangs,” said Mayor Toni N. Harp (D-New Haven)

Harp was among those honoring Keyes, near the spot he was shot to death for no apparent reason on July 16, 2017.

“After the loss of my 14-year-old son, I have made it my mission to try and save all children from gun violence, said Keyes’ mother, Demethra Telford.

The corner of Newhall and Bassett Streets, right near where Keyes was killed, has been renamed Tyrick B. Keyes Corner in his memory.

No one is supposed to take a life,” Telford said. “Only God takes a life. So, therefore, justice will be served!”

“Se have some people of interest,” said New Haven Police Lt. Karl Jacobson. “We have worked hundreds of leads and we are not going to give up. And you know you did it and you know the friends of who did it and someone needs to come forward and help us.

“Turn yourself in,” urged Chaz Carmon, Founder of the “Ice the Beef” anti-violence group, which Keyes was a member of.

“I know it hurts,” Carmon said, directed his message to whomever is responsible. “I know you wish you could fix it. But, turn yourself in and give the family closure.”

“My son’s last meal was, that I made for him, was baked macaroni and he said ‘mommy you’re going to make it again,’ but I never got a chance to,” Telford said of her son.

The following is the schedule for Stop the Violence Week in New Haven (July 17-21).