NEW HAVEN – The New Haven Police Union has been without as contact for three year and Thursday Mayor Toni Harp (D-New Haven) called out the union for comp... 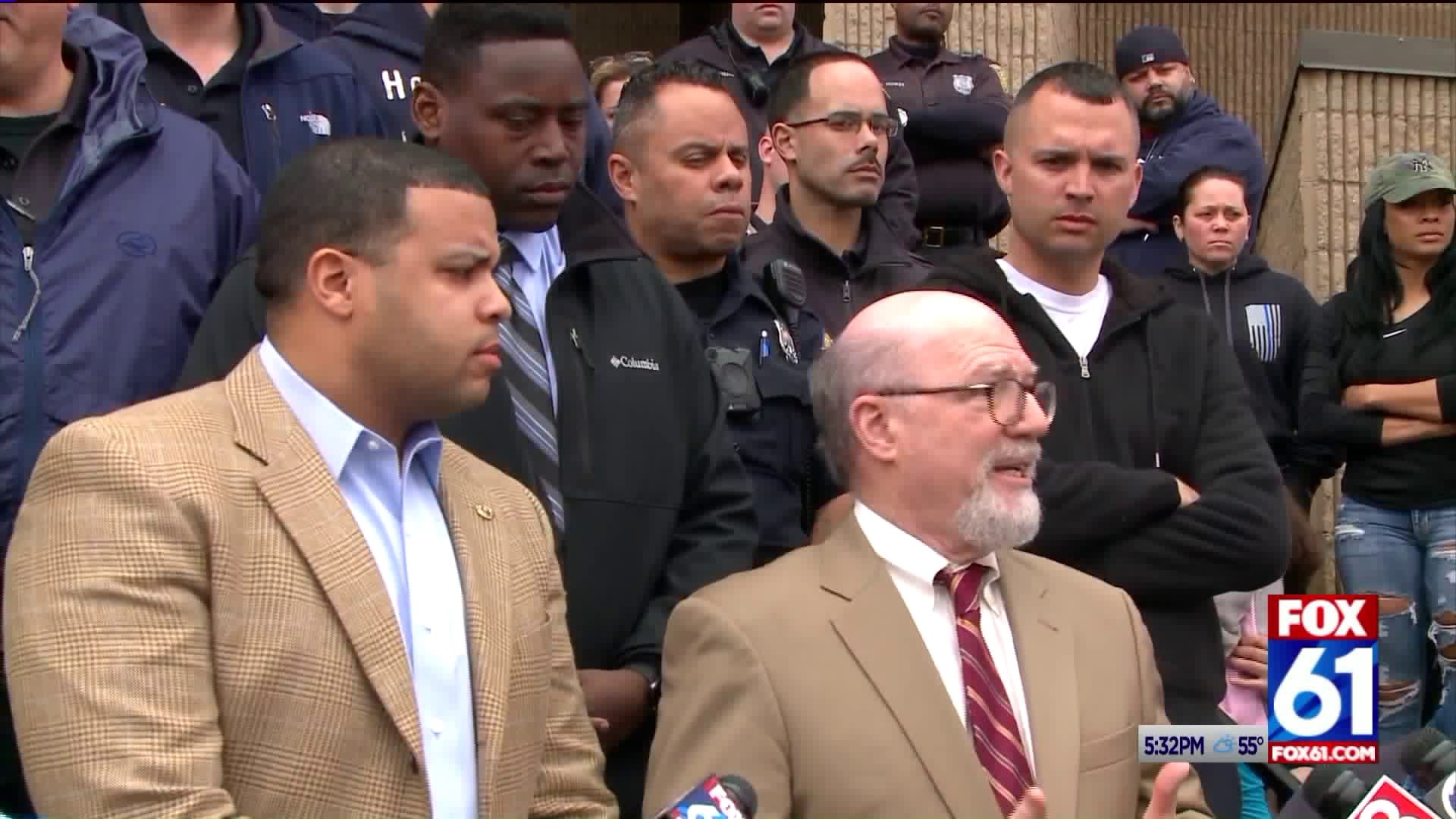 NEW HAVEN - The New Haven Police Union has been without as contact for three year and Thursday Mayor Toni Harp (D-New Haven) called out the union for complaining that the contract stalemate is the reason many New Haven officers are fleeing to other departments. So, Friday, the union called a press conference to counter.

The union says the mayor cannot deny that, with pensions and healthcare being very much in limbo, many, including now former Chief Anthony Campbell, have high tailed it.

Harp said the city has been waiting for over a year for the union to make a contract counter proposal. To that the union's attorney  says they did not offer a counter proposal because the city delivered what was termed their last, best offer.

"If we were to accept such an offer we would still be the lowest paid police department of all 12 poor municipalities in the state of Connecticut," said Attorney Stephen McEleney.

"Now, if they’re putting that in arbitration to punish us, for going to arbitration, I have an issue with that," McEleney.

While Mayor Harp said yesterday 60% of the officers that have left the department in the last four years have been white, the union disputes that, especially this year.

"So far this year, 6 of 9 officers, who left New Haven for other departments, were black or Hispanic," said office Florencio Cotto, President of the Elm City Local.

Fox 61 has also been told another 7-10 officers will likely depart over the next couple of months to take jobs elsewhere.

Over the past several years, crime statistics have steadily improved in New Haven and so too has economic development. The union says they have played a role in that.

"We just hope that the mayor and her administration can see that and then come to the table and let’s get a contract," said Cotto.

Cotto said he and the union want to get back to the table and they hope the mayor does too. Although, Cotto says, the Mayor Harp has never been part of a police contract negotiation session.