NEW HAVEN – A community is coming together after a teen was hit and killed near Thomlison Bridge Friday night. Police have named the 55-year old woman allegedly... 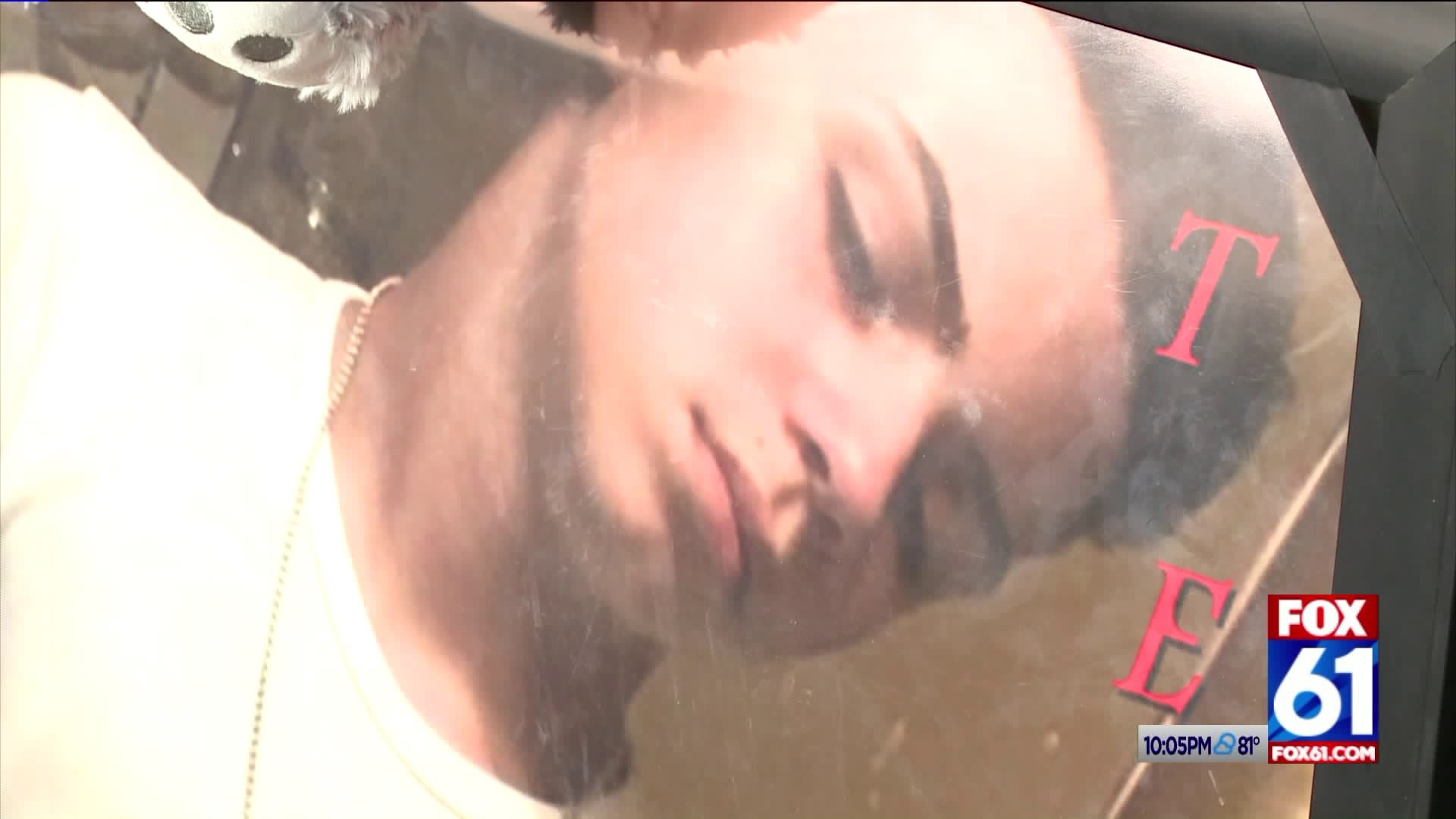 NEW HAVEN – A community is coming together after a teen was hit and killed near Thomlison Bridge Friday night.

Police have named the 55-year old woman allegedly involved in the fatal hit-and-run as Judy Gomez of East Haven who has been charged with felony evading responsibility.

At 10:30 p.m. on Friday night, police say two teens on a scooter were hospitalized after being struck by a passing car.

Police were called to the bridge between East Street and Stiles Streets.  They found a crash scene with a car’s front bumper and motor scooter.

Two teens who had been on the scooter, one age 18 and one 15, were lying in the roadway with life-threatening injuries.

The boys were transported to the hospital where police say 18-year old Christopher Franco died.

“It wasn’t true, because he was a real jokester, because Chris was funny he was hilarious," said Liz Cox who is the Director of Common Grounds High School where Chris matriculated.

Passing motorists spotted a damaged vehicle traveling away from the scene.

Suspecting it was involved in the crash, they called 9-1-1 and relayed the location of the car as they followed and saw it turn onto Townsend Avenue.

Officers stopped the car near Parker Place and detained the Gomez.

Cox says Chris's life was taken away too soon.

A mourning session was held at the high school where loved ones shared stories about Chris and his life.

Friends and family say he was a shining star whose light was taken away to soon.

Cox said, “ I can still basketball in the halls, so when he had a basketball in his hand and he would be bouncing them against the lockers , the floors and sometimes the ceilings and you always heard Chris coming before you saw Chris coming.”

Chris was on the basketball team and social justice club.

Many say his smile could brighten up the darkest days which is why cox said she will help her community get through this one day at a time.

“People will be really present for one another, we are going to get through it and I think what’s important when some time passes is for us as a community to figure out how we want to honor and celebrate Chris’s life,” said Cox.

The NHPD’s Accident Reconstruction Unit responded to the scene and is investigating. Witnesses who have not yet spoken to police are asked to call the New Haven Police Department at 203-946-6316.

A memorial has been set up for one of the two teens that were struck by a driver Friday in what New Haven Police are calling a hit and run. Common Ground High school identified 18-year-old Christopher Franco (pictured) who died soon after being hit. @FOX61News pic.twitter.com/pTUK7XxjKh