NEW HAVEN –  A San Francisco based school is hoping to help create a talent pool of high tech workers in New Haven. According to the Connecticut Departmen... 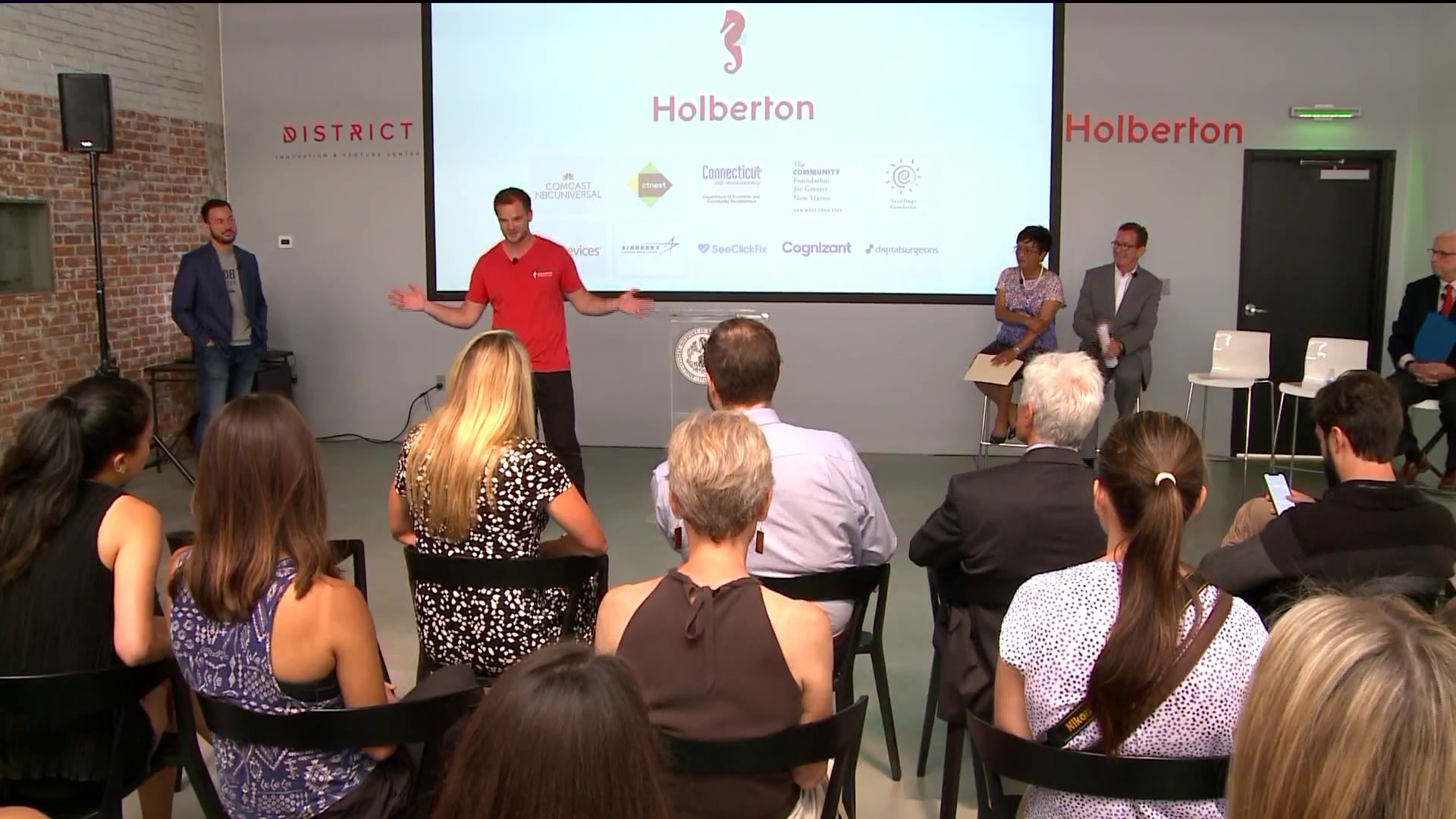 NEW HAVEN -  A San Francisco based school is hoping to help create a talent pool of high tech workers in New Haven.

According to the Connecticut Department of Labor, 91 percent of Connecticut companies say it’s challenging to locate and hirer talent in the technology industry.

New Haven’s newly redeveloped District Innovation and Venture Center, on the corner of James and State Streets will soon be home to a new school to develop desperately needed tech talent in Connecticut.

“The Holberton School, a San Francisco-based school, trains world class engineers [...] in two years or less, and they're coming to Connecticut,” said the developer of the District Innovation & Venture Center, David Salinas.

The school, which is expected to open its doors in January, bills itself as a 'project based alternative' to college, with three primary components.

“And, by far the most important important one is learning how to learn,” said Julien Barbier, Founder of Holberton School in San Francisco, “The second one is critical thinking - project solving, problem solving - and the third one is teamwork.”

The school features no teachers. Instead, the Holdberton School promotes peer learning.

“Our students have the option to pay tuition only win and only if they find a job,” said Barbier.

And the payback is 17% of their salary for three and a half years.

The school will occupy a 10,000 square-foot space inside the District Innovation and Venture Center.

Apply to the school here.