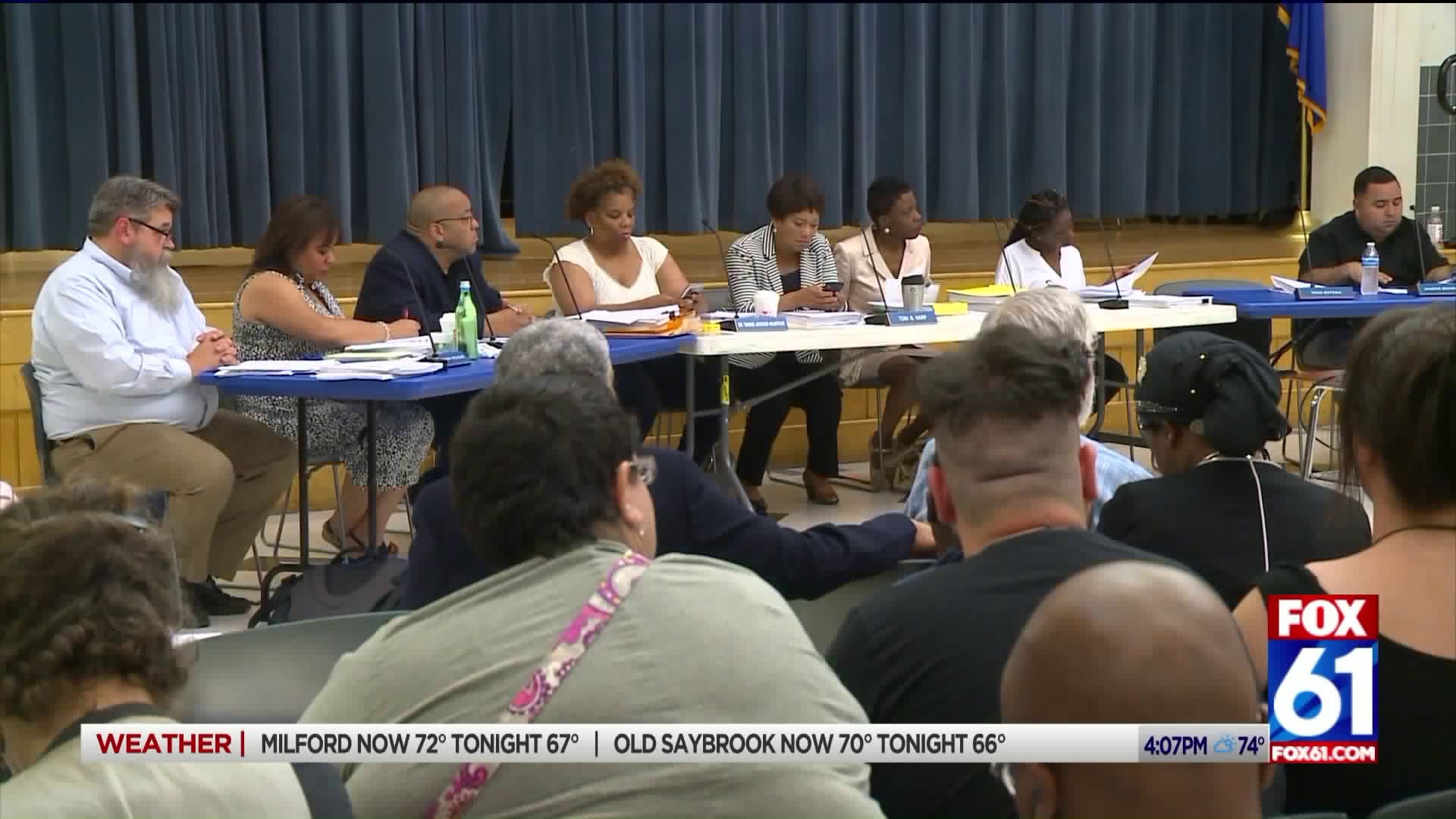 First, the Board of Education voted against her recommendation to eliminate 53 teachers positions and reassign those teachers to other openings. And, FOX61 has learned, the Board also discussed the status of the Superintendent herself.

Birks has only been the Superintendent of New Haven Public Schools for a year and a half and since before she started, many have thought she was the wrong choice.

Nearly three dozen people spoke on the topic of Superintendent, at last night's Board of Education meeting, and most were unfavorable comments.

"This system is the worst I’ve ever seen it.," said retired New Haven Principal Shirley Love Joyner. "And, I actually worked in the system for 30 something years. For 34 years to be exact."

It's a school system that faces a $30 million deficit for next year and  Love Joyner wonders why Birks was the Board's choice.

"We ended up hiring someone that had never been a superintendent," she said. "So it’s really, to me, it’s not her fault. It’s the fault of the people that decided to hire her."

After the public comment period, the Board of Education met in executive session, behind closed doors, for two hours Monday. FOX61 has learned Birks' overall performance was discussed, including so called administrative hiccups, growing financial challenges of the school system and communication breakdowns on numerous fronts.

Mayor Toni Harp (D-New Haven) is a member of the BOE.

A group called NHPS Advocates, which is critical of Birks, created a petition signed by more than 1,300 people, by late Tuesday afternoon, which includes the request to “appoint new district leadership, beginning with a new Superintendent, who has a demonstrated track record of placing student needs at the center of decision making.”

"Certainly people, who were at the meeting, heard and saw that that there were a number of people who are calling for her resignation," Harp said

Sources say Birks future could be decided in time for next BOE meeting, which is Monday, July 8th. Dr. Birks has not responded to request for comment by FOX61.