New Haven Superintendent’s performance evaluation still up in the air

NEW HAVEN – The New Haven Board of Education met behind closed doors for the second night in a row for the superintendent’s yearly performance evalu... 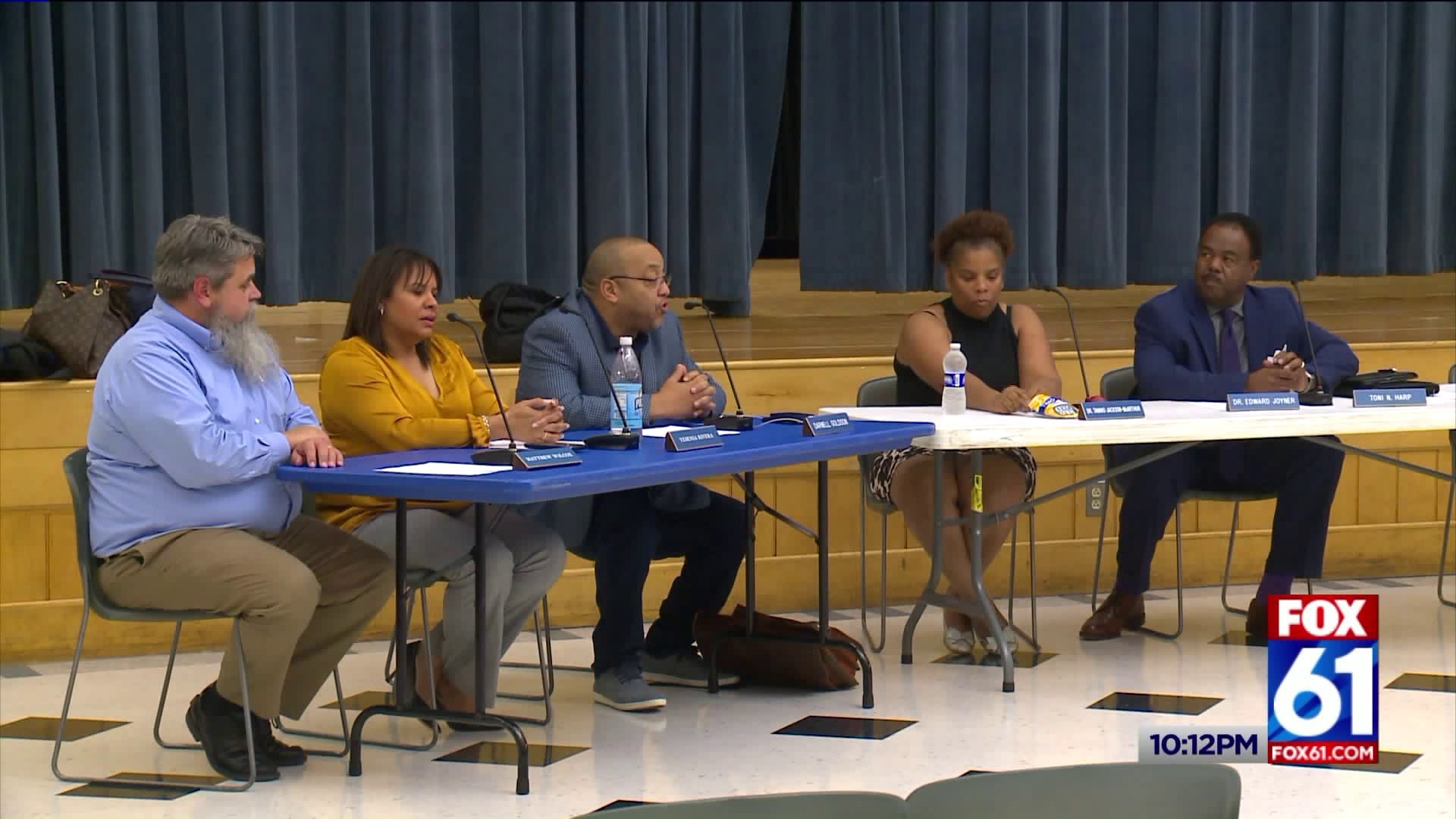 NEW HAVEN - The New Haven Board of Education met behind closed doors for the second night in a row for the superintendent's yearly performance evaluation.

It came after she faced continued criticism from parents and teachers.

After board members went into executive session for more than one hour, President Darnell Goldson announced the evaluation was not finalized and will be pushed to another date.

"We have not completed this process I have to say. I want to apologize to folks who have waited around," said Goldson.

There has been a lot of speculation surrounding the fate of Superintendent Dr. Carol Birks. The Board of Education has been discussing Birks' status as superintendent since June.

Earlier this year, a petition with more than 13-hundred signatures called for a new superintendent.

For the last two nights, board members have been combining their thoughts about Dr. Birks for her routine yearly review.

That document will be presented to the superintendent in executive session.

It will then be released to the public, including some anxious parents.

Board members said they will not fire anybody unless they find a reason to do so.

"We were not ready to present it to her yet. She wasn’t ready to accept it," added Goldson.

Dr. Birks was not seen at the meeting. FOX61 reached out to a spokesperson for a comment and is awaiting a reply.

Board members will have their next meeting October 2nd where the evaluation will be finalized then.