NEW HAVEN — Amanda Meyer said hunting is a right of passage. “It’s a birthright. You just do it from the time you’re born,” said M... 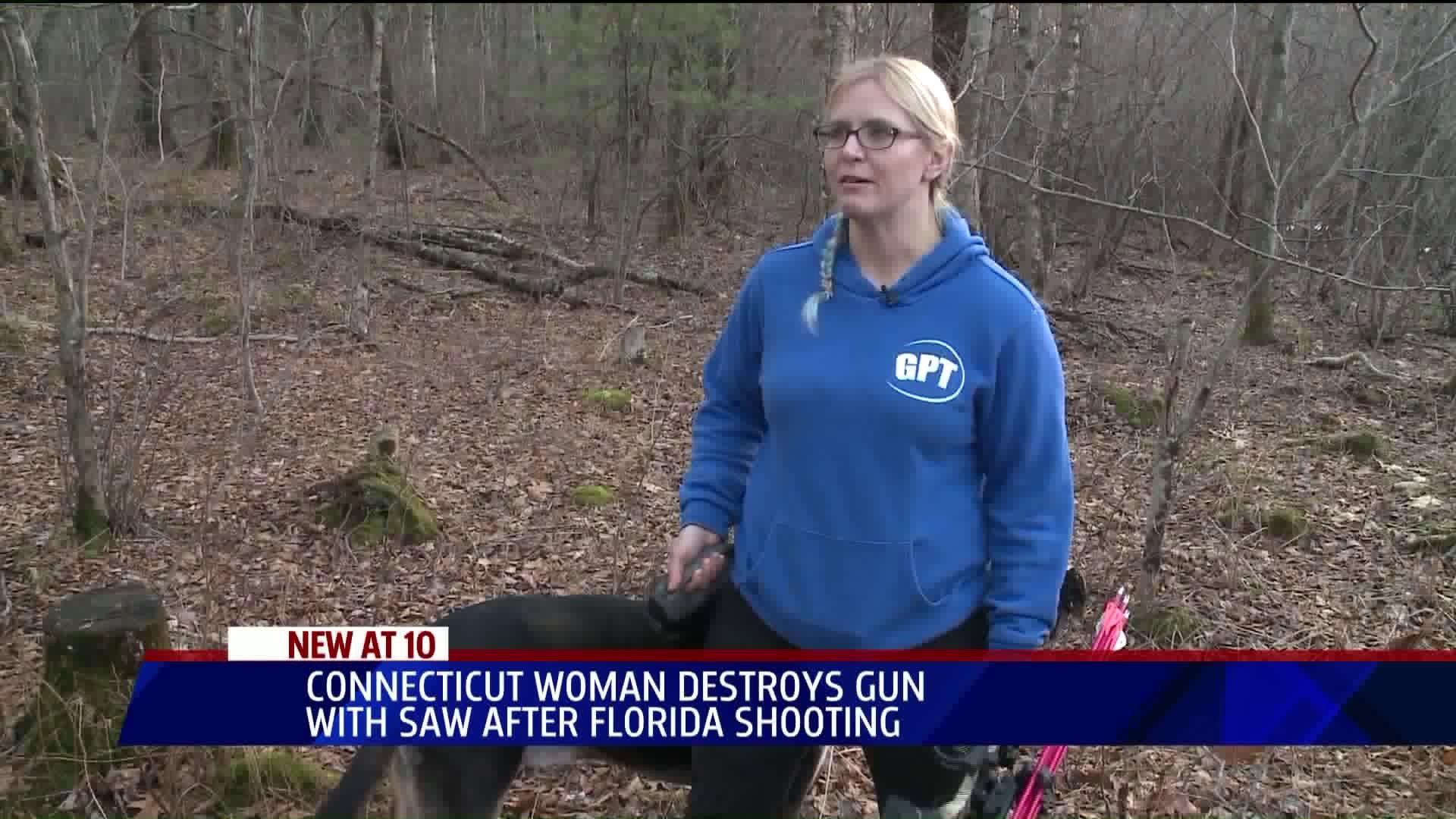 "It's a birthright. You just do it from the time you're born," said Meyer.

She uses a compound bow to hunt on her 77 acre property given Connecticut's limitations.

“Connecticut is really small and you never know what you’re going to hit if you shoot a gun here," said Meyer.

She ditched her hunting rifle after the mass shooting at Stoneman Douglas High School and took aim at something else.

In a viral video posted on her Facebook page Meyer took her Sig Sauer .40 caliber handgun and destroyed by sawing it in her angle grinder. She said the gun has the capability of blowing a hole the size of a baseball in a deer.

“Really, the only purpose of that type of gun is to shoot other humans. Similarly to the AR which is not powerful enough to go hunting with, it’s also meant for shooting humans," said Meyer.

Meyer said she destroyed her gun because she didn't want to be associated with gun culture anymore.

She took her gun to the New Haven Police Department where officers discarded it safely.