EAST HAVEN  —  A racist tirade in an East Haven supermarket Friday night has gone viral on social media. Ultimately the woman, who yelled out the slurs, l... 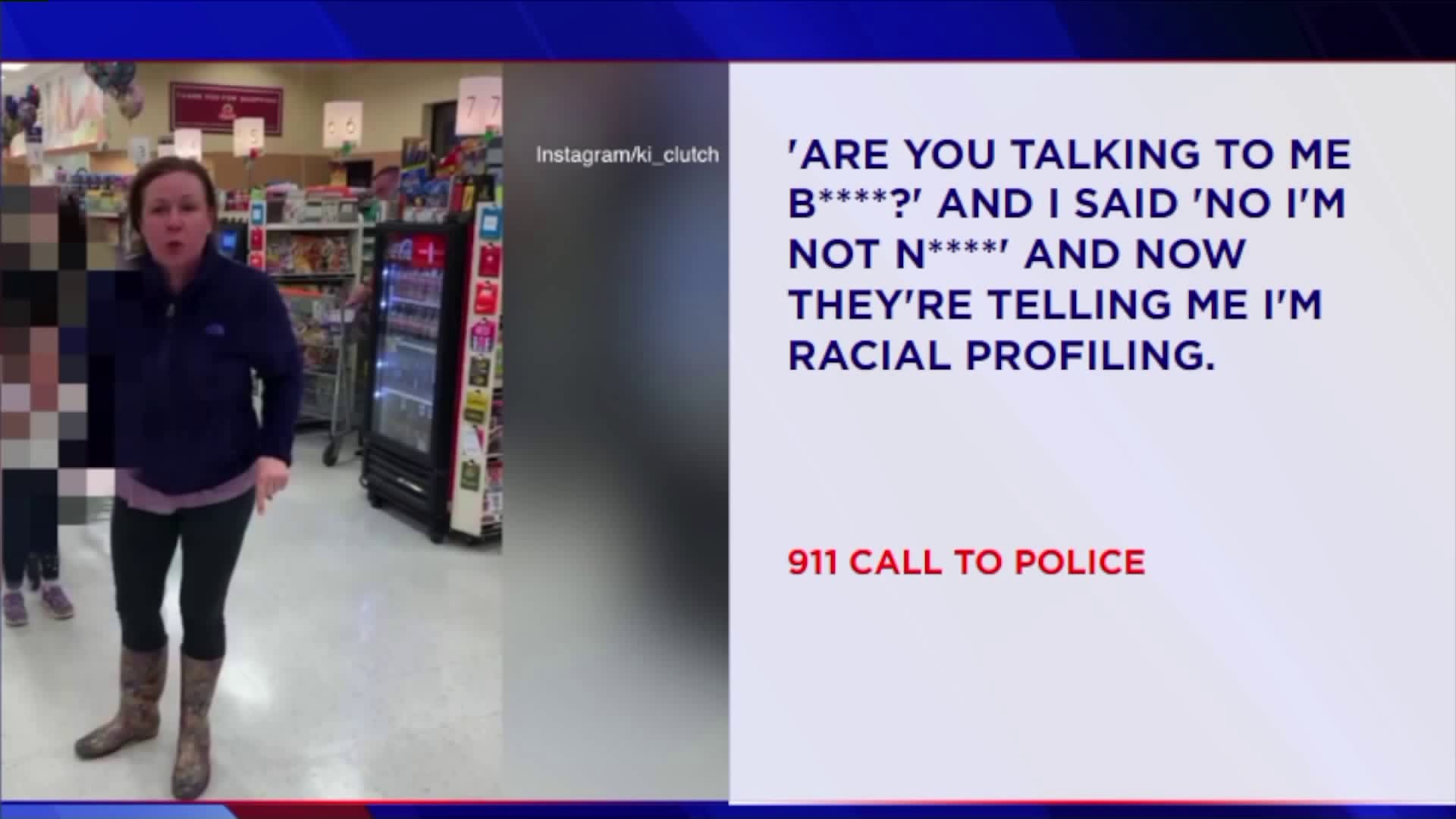 Ultimately the woman, who yelled out the slurs, lost her job with Hamden schools.

Several videos posted are jaw dropping surreal. But, the woman, who lost it, told police the African-American man called her a disrespectful name and that's what she said set her off.

As the very beginning of the video, the now former Hamden Board of Education Secretary, Corrine Terrone, said, "Don’t you dare talk to me in front of my kids like that you (expletive)."

Terrone claimed, in a nearly seven minute 911 call to East Haven police, what got the ball rolling was, "I was walking down the center aisle in front of the cash register and I turned around to my daughters and I said "oh, Jesus Christ.' The man, in his little scooter, said 'are you talking to me, (expletive)?' And I said 'no (n-word), I'm not'."

Terrone unloaded for at least a minute on an African-American man, including calling him the N-word multiple times.

Shop Rite sayid they continue to cooperate with the East Haven police investigation, including by sharing store surveillance video.

"Well that is uncalled for," said Sarah Brockamer, of East Haven, as she went into Shop Rite. "It wasn’t necessary especially what we’ve read in the paper that she has a history of getting along with people."

Because Terrone was with her two young children, at the time of the incident, Hamden schools, as mandatory reporters, were required to alert DCF, which also is investigating the incident.

"First of all we’ve got to respect each other and respect the kids and when the kids see this that’s what the kids learn," said Gloria Garcia, another Shop Rite customer from East Haven.

Terrone wouldn't open the front door to her New Haven home when FOX61 knocked. All she said was "get off of my property."

Carmela Panzo, of Branford, while loading groceries into her car, said , "I don’t understand it. There’s no respect today. It shouldn’t matter what color. It’s just not right."

East Haven police say no one had filed a complaint against Terrone as of Monday afternoon.

Hamden Mayor, Curt Balzano Leng, said, "What I saw (on video) was vile and shocking. While I am disgusted and disheartened seeing such hateful behavior, wildly unacceptable anywhere, I am thankful for the swift and effective actions taken by our school system to address this head on and make clear that hate and violence will not be tolerated.”