CONNECTICUT —  A New Jersey man is walking hundreds of miles to raise money for a woman he’s never even met. Brian Sebok made a stop in Milford Friday alo... 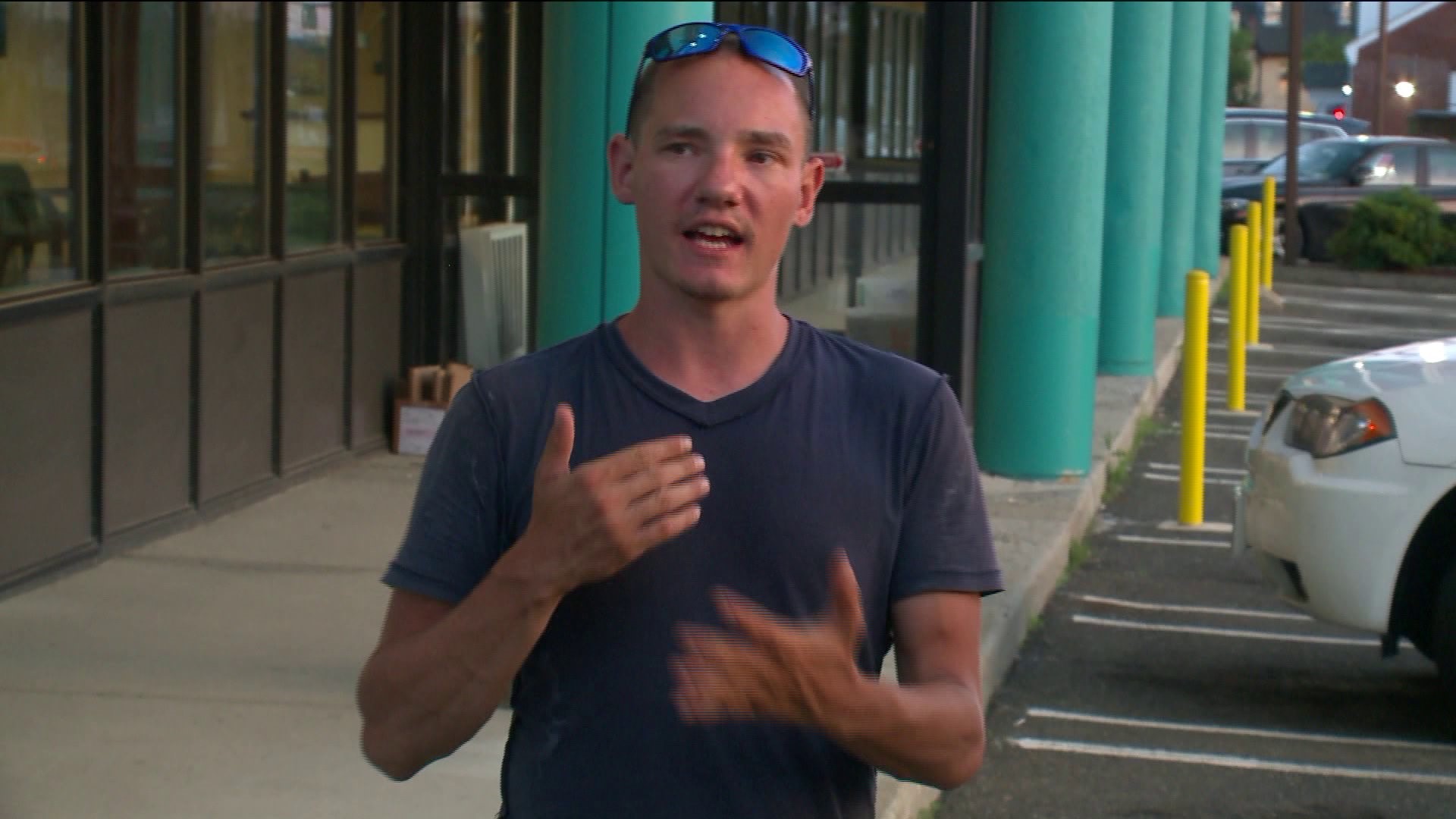 CONNECTICUT --  A New Jersey man is walking hundreds of miles to raise money for a woman he’s never even met.

Brian Sebok made a stop in Milford Friday along his journey as he attempts to make the life of a disabled single mother a little easier. Last year, Sebok spent months walking thousands of miles across the United States for fun.

“Just to do it,” Sebok said. “It was a dream, a childhood dream that may come true.”

This year, he is walking 300 miles across five states from the steps of his home in Netcong, New Jersey to Boston. This time, it’s for a much more noble cause.

“Just to do a nice thing for a nice person,” Sebok said. “Just to show that there is good in this world.”

Sebok is raising $5,000 to help Nichole Snyder maker her home Palmerton, Pennsylvania handicap accessible as she battles Multiple sclerosis. Sebok said he got the idea two weeks ago after watching this Facebook video of Snyder - his Facebook friend - talk about her struggles.

Making her home handicap accessible would allow the wheelchair-bound single mother to live at home with her 7-year-old son instead of living in a nursing home.

Snyder is only 29 years old.

“That’s why I want to raise up this money so like whatever time that he has on this earth, that she can spend it with her son,” Sebok said.

“I thought he was fake at first,” Snyder said. “And I mean he is the real deal. And this is going to change my life”

Speaking to FOX61 News over the phone, Snyder said Sebok is like a miracle for her

“It’s one of those things where I feel like God just sent him to me you know,” Snyder said.

Sebok said all the money he raises is going to Snyder' s GoFundMe page.

Sebok said he sleeps under bridges, on the side of the road and with strangers just so that he can save every penny for Snyder on his journey.

“Honestly if I walk 300 and the funds aren’t there and willing to walk in and their 200 miles to make sure she gets those funds,” he said.

Sebok has already raised more than half of the $5,000 GoFundMe goal. He’s been walking for a week and has 170 miles to go.