NEW LONDON/GROTON – Monday’s extended heavy downpours resulted in different challenges for Groton and New London. And it was New London’s mayor, who opted... 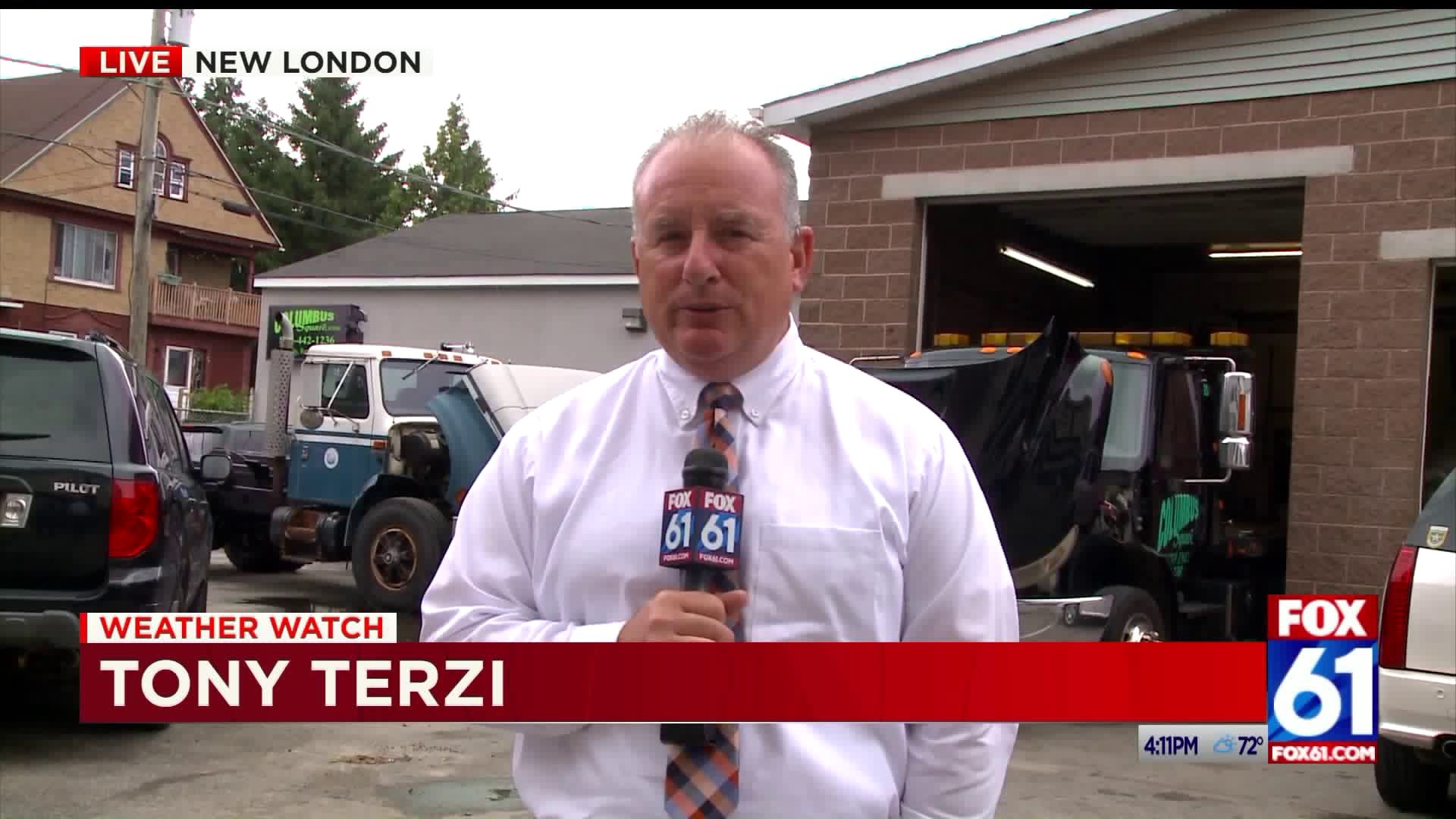 And it was New London’s mayor, who opted to talk trash when trying to explain why flooding happened this time.

While firefighters waded through waist deep water, the floodwaters were certainly no match for a Honda, which sat likely totaled in the Columbus Square lot.

“They drive right through the water,” Collins said. “You scream and yell at them and try to get them to stop and they drive right by looking at you while their car is sinking.”

Collins said flooding is been a problem in this area for at least 25 years. Mayor Michael Passero said the city’s aging pump system, which is nearly 50-years-old, is usually to blame for flooding.

Not this time though.

He estimated perhaps two dozen trash bins tipped over with the contents floating away.

“So, the storm drains got clogged and the sumps did not fill with water and so the pumps did not turn on,” Passero explained.

“The sidewalk, along the Electric Boat property, all washed away and a small portion of the roadway washed away,” said Edward Sargent, Deputy Fire Chief for the City of Groton.

As for New London, Passero said this aging pump system will be fixed.