NEW LONDON— New London Schools are reaching out to the community after a teacher was charged with sexually assaulting a student. Corriche Gaskin is facing 8 fel... 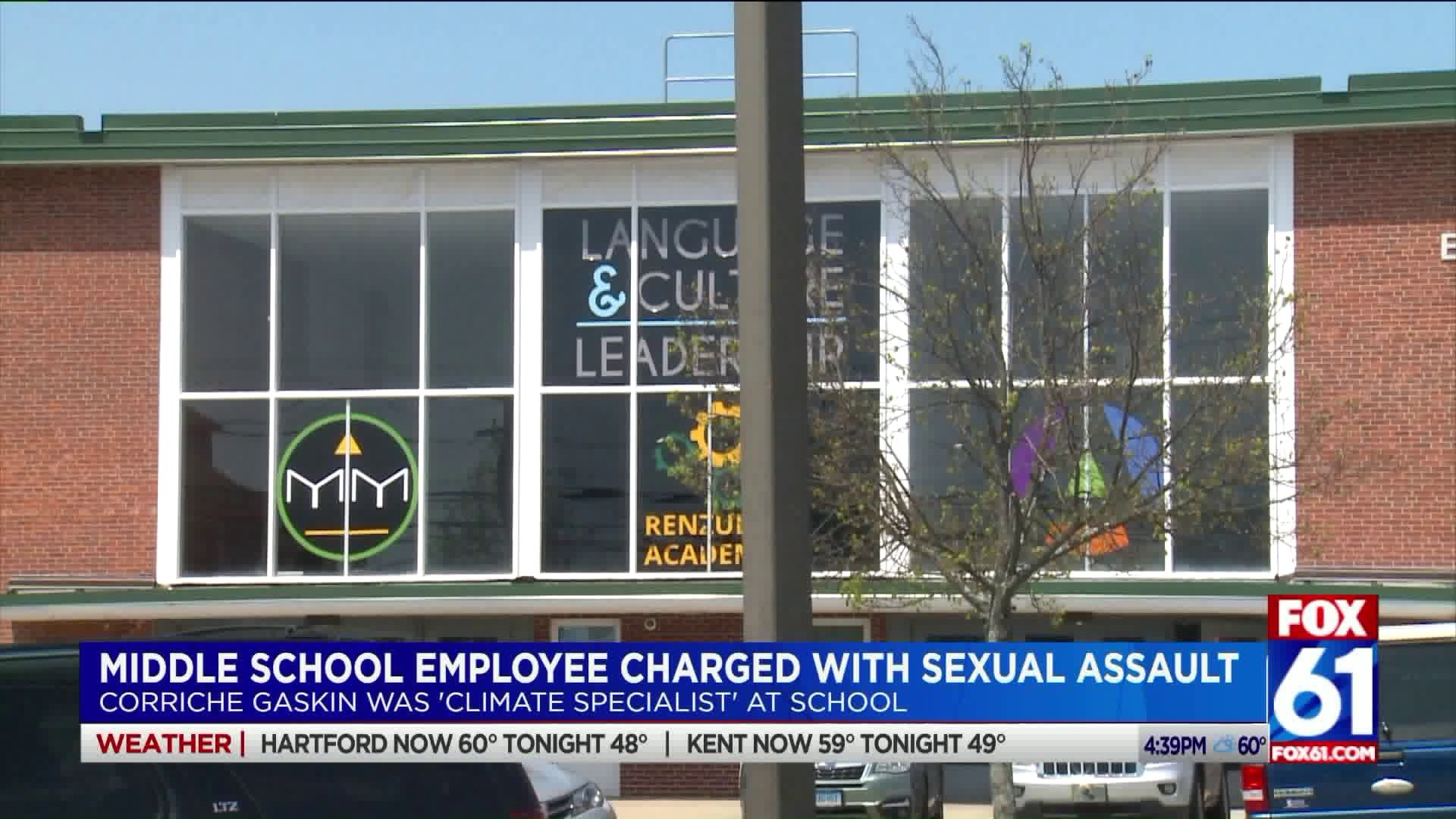 NEW LONDON— New London Schools are reaching out to the community after a teacher was charged with sexually assaulting a student.

Gaskin is the “Climate Specialist” at Bennie Dover Jackson Middle School – in charge of working to ensure the the school’s climate and culture is safe for students.

In the report, 4 witnesses and 1 victim spoke out saying Gaskin had sex with 2 underage girls and 2 staff members.

One victim’s sexual relationship with Gaskin started when she was just 13 years old and went on for years according to Gaskin’s arrest warrant.

In an interview with police  she denied those claims, but did confirm with police of seeing pornographic videos of Gaskin and another adult staff member at the school.

A second minor was in the eighth grade --according to the warrant-- where it says the student was asked to perform a sexual act -- and was unaware if “some or all” of it was recorded.

People we spoke with hope that more can be done to address this – outside of the courtroom.

Marc Frucht is a concerned resident from Groton and said, “I am worried that all they are going to do is throw the book at Corriche, get some justice there and go back to business as usual and try to make it look like we handle our problem and everything is fixed.”

The case is still under investigation.

Expect more from FOX61 as this story develops.