AVON–It’s not just us humans that need to be protected from common illnesses. Man’s best friend is at risk for a “supercharged” bu... 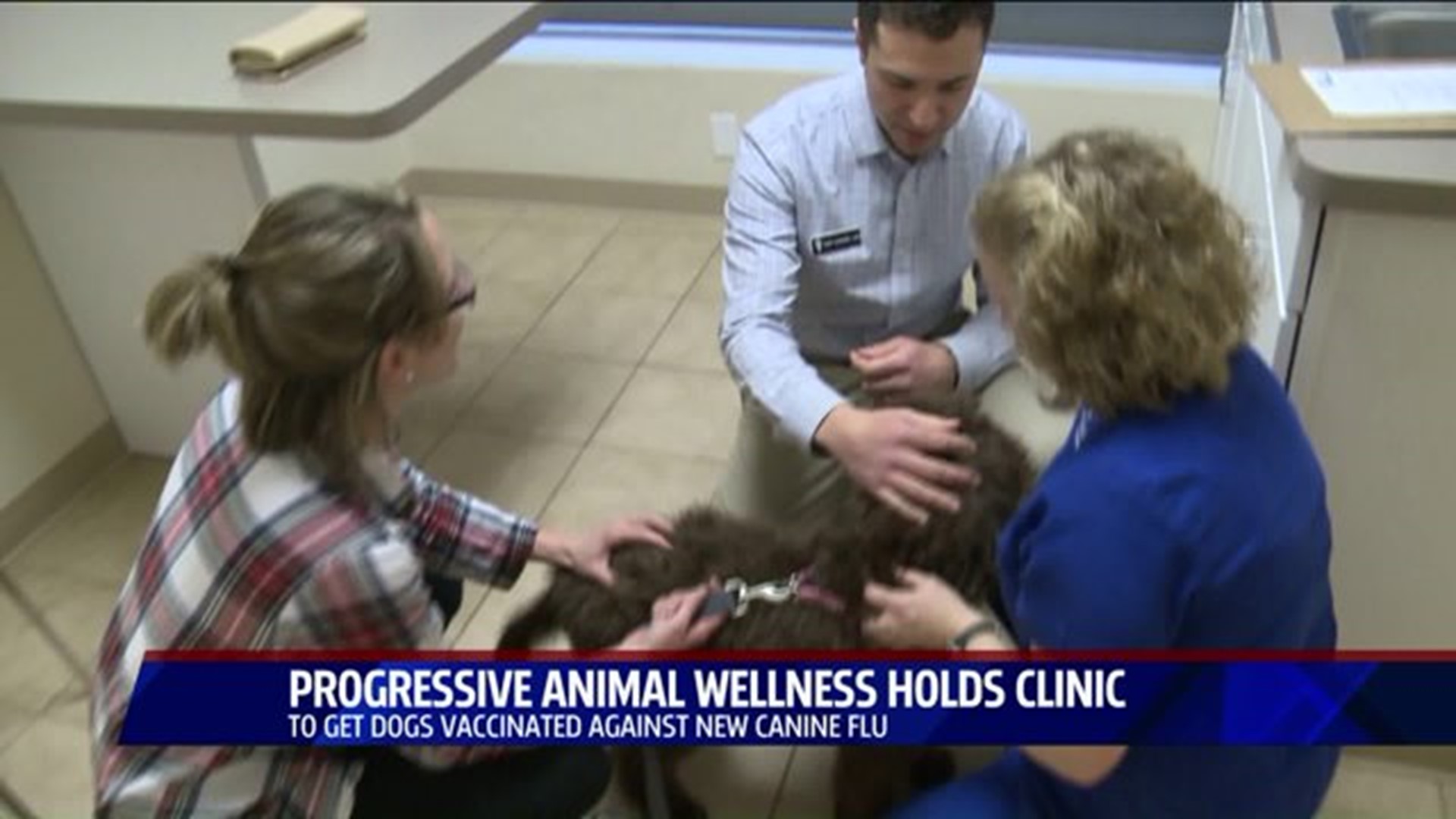 AVON--It's not just us humans that need to be protected from common illnesses.

Man's best friend is at risk for a "supercharged" bug this year, a new version of the canine influenza called H3N2.

Dr. Corey Shagensky, a veterinarian at Progressive Animal Wellness in Avon, said, "There is a new strain of canine influenza--canine flu--that's come to the United States that originated over in Asia but has made its way to the U.S. last year."

The first U.S. outbreak of the strain showed up in April 2015 in Chicago, and more than 1,000 dogs got sick, according to PAWs. The virus spread after its initial introduction, appearing in as many as 25 states.

Because this is a new strain of the dog flu, many dogs aren't yet immune to the disease, so it is important to vaccinate your pets.

"This has been known to cause pretty significant respiratory disease in dogs. They get symptoms similar to kennel cough, something that most people are familiar with, but this is kind of a supercharged kennel cough that adds a higher mortality rate, and the dogs just feel sick, get worse, and get worse quickly. And it can spread very, very quickly through the population," Shagensky said.

The flu vaccine is good for one year, much like the human flu vaccine, and is especially important for dogs that are boarded at kennels or go to doggie daycare. Pets that spend time around other pets are more likely to contract the illness from a furry friend than if the pet is kept inside.

For more information on this strain of the dog flu and how to get your pet vaccinated, click here.