BRIDGEPORT —  FOX61 is learning new details regarding the deadly police shooting in Bridgeport earlier this week. A new video has surfaced moments after the sho... 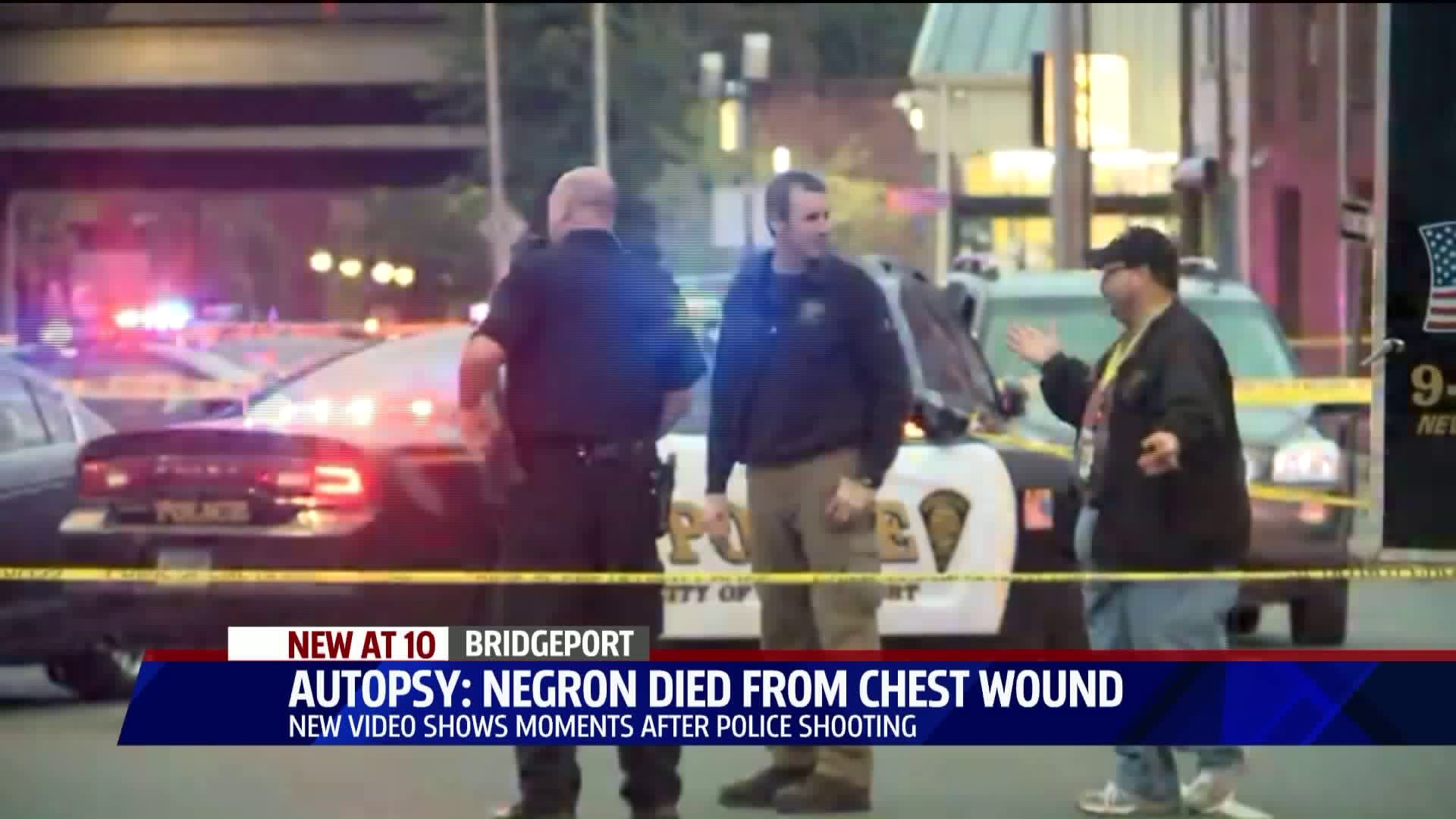 BRIDGEPORT —  FOX61 is learning new details regarding the deadly police shooting in Bridgeport earlier this week.

A new video has surfaced moments after the shooting that killed 15-year-old Jason Negron, after police responded to reports of a stolen car. FOX61 can report that the video has been turned over to the Major Crimes Unit and is under review by detectives who are investigating the shooting, along with the State's Attorney's Office.

David McGuire, Executive Director of the ACLU of Connecticut released the following statement following the release of the video:

FOX61 reached out to Bridgeport police who referred any questions regarding to the incident, to state police. State police could not comment because it is an ongoing investigation.

This incident took place Tuesday night, when Bridgeport police responded to reports of a stolen car. Police said the officers made a traffic stop in the city’s West End around 5 p.m. where they came across the stolen car.

Police said the officers attempted to pull the stolen car over. Police said Negron refused their request to get out of the stolen car where he threw it into drive “trying to knock off the officer,” said Bridgeport Police Chief A.J. Perez. “Then, he put it in reverse, at a high rate of speed, pinning the officer almost underneath the vehicle.”

“At that point, the officer feared for his life, drew his weapon and shot the passenger and shot the operator of the vehicle,” said Perez.

The 21-year-old passenger, Julian Fyffe, of Bridgeport, is recovering in the hospital. Negron, who was a student at Bunnell High School in Stratford, was pronounced dead on the scene.

On Thursday, Bridgeport released the identity of the officer who shot Negron. Police said James Boulay was the officer and has been placed on administrative leave until the investigation is complete.