NO TOLLS CT delivers petition to governor’s office with over 100,000 signatures 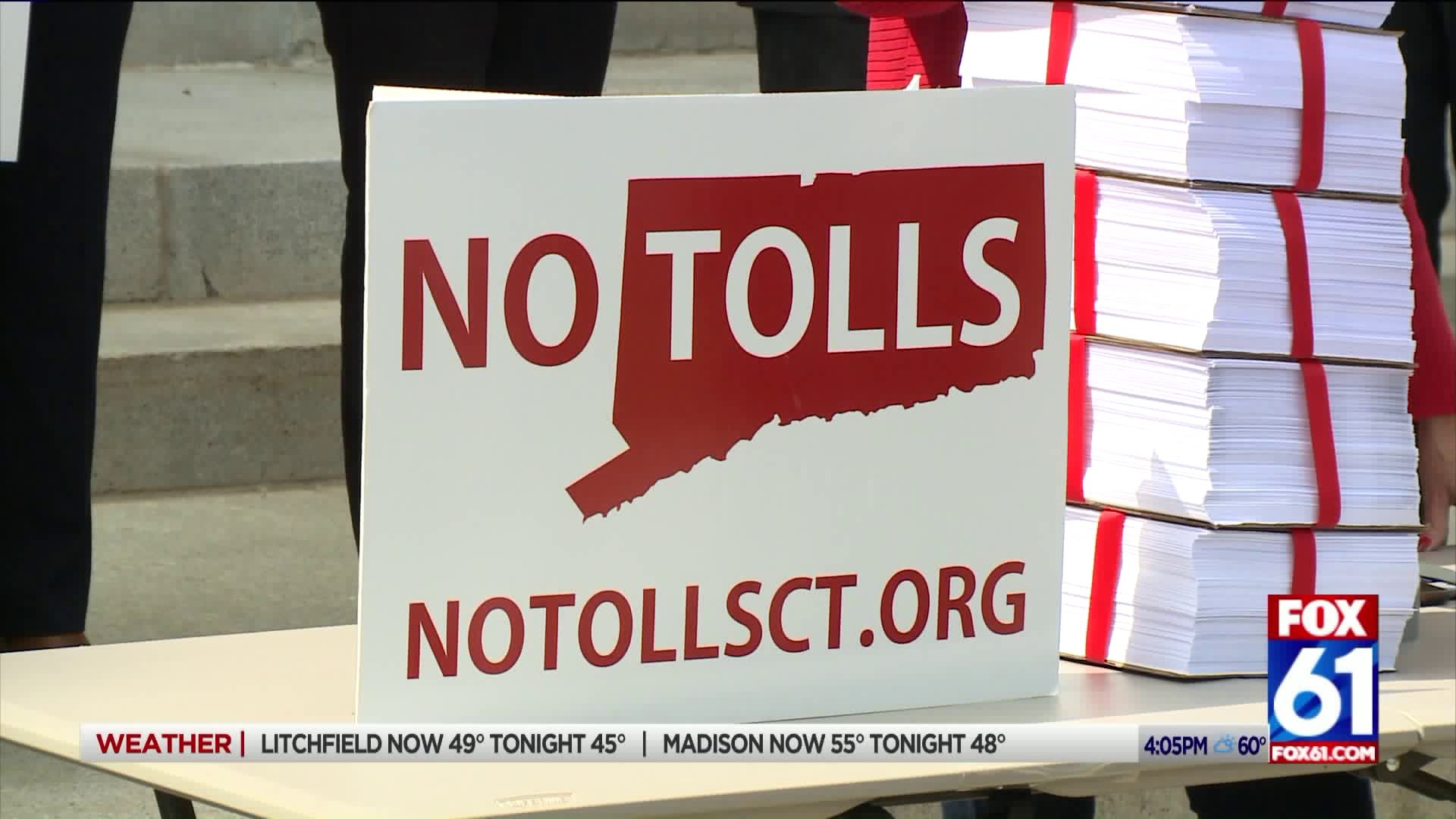 HARTFORD -- Gov. Ned Lamont is trying to rally Connecticut lawmakers to support electronic tolls, acknowledging it's a ``tough vote'' for the General Assembly.

The Democrat sent a letter Thursday to state legislators, saying it's time to ``move forward without compromising our core principles for an easier vote.'' Lamont has been meeting privately with lawmakers on a compromise bill.

Lamont is promising toll rates will be frozen for three years.

Patrick Sasser, founder No Tolls CT, says the grassroots group believes it's time for taxpayers ``to band together and say we've had enough.''

The group collected the signatures through its website, more than 30 protests it has held and at grocery stores and other locations.

Over 100,000 residents across the state have signed a petition against electronic tolls on Connecticut’s highways.

“Our goal today is to bring these petitions to the Governor so he listens loud and clear that the taxpayers, the residents of Connecticut, do not want tolls in our state” No Tolls CT Founder Patrick Sasser said.

Although Governor Lamont was not there to accept the petition, Chief of Staff Ryan Drajewicz met with organizers and invited them inside his office to talk one-on-one about their concerns.

Sessar said they talked about their disagreements on how to fund the state’s transportation and infrastructure issues.

"We know that the No Tolls group feels passionately about this issue. So does Gov. Lamont. But people who signed these petitions aren't saying "no" to tolls-- they’re actually saying yes to taking out a $30 billion loan....requiring Connecticut taxpayers to foot 100 percent of the bill-plus interest."

“People are going to avoid the tolls,they’re going to go take side roads and that’s going to put wear and tear on the roads, it’s going to create congestion in our local towns and I don’t think people are seeing the bigger picture with this,” Middletown resident Megan Portfolio said.

No Tolls CT plans to host a rally against tolls Saturday May 18th outside the State Capital.