HARTFORD –Governor Ned Lamont has been trying to gain support from residents and lawmakers to support his proposed tolls plan. However, people rallied on ... 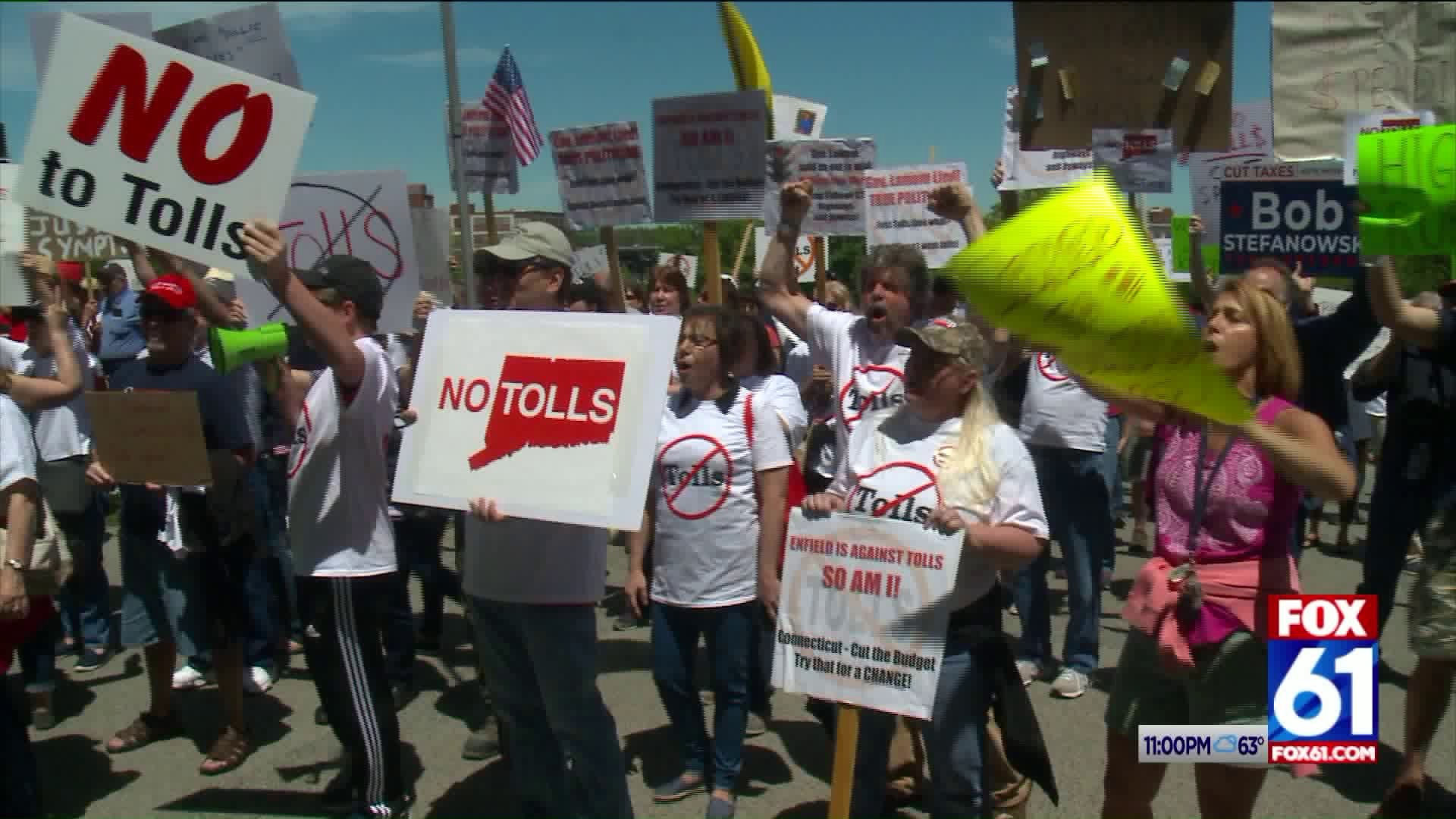 HARTFORD --Governor Ned Lamont has been trying to gain support from residents and lawmakers to support his proposed tolls plan.

However, people rallied on the steps of the State Capitol Saturday afternoon to say no.

The "No Tolls CT" group delivered a petition to the governor’s office on Thursday. “100,000 signatures – multiple towns passing bi-partisan resolutions that say no tolls,” said Republican Representative Laura Devlin of the 134th District.

The proposed plan would have 50 gantries along major highways, including Interstate 91, 95, 84 and Route 15.

“We’re tired of this!” said Belinda O’Connor of Waterbury.

Joe Inturri, one of the many people rallying said he hopes this will not be a reason for him to leave his home state.

“It’s pushing people out of the state and I love this state but unfortunately, it’s come to a point where people are going to have to leave and we don’t want to,” said Inturri of Berlin.

Republicans have suggested an alternative approach by proposing to borrow money to fix Connecticut’s infrastructure instead of taking it from taxpayers.

Governor Lamont argued he understands people feel passionately about the issue but added those who signed the petitions are not saying no to tolls and are saying yes to taking out a 300-billion dollar loan.

“Just tell me what you’re for – you’re anti-tolls, are you for doing nothing or are you for studying it a little more? Or are you for more borrowing – it’s one thing to be anti- I got to know what people are form,” said Lamont.

Those rallying argued there are other ways to fix Connecticut’s roads.

“The middle class, we just don’t have any money for thousand dollars a year they’re forecasting for getting to and from work,” said Bill Chase of Ellington.

“Enough of the scam, enough of the game playing, this politics game has got to change,” said Catherine Embriano of Somers.