ORLANDO, Fla. — A North Stonington dad and volunteer firefighter is now a viral video star. The video that was posted to social media almost two weeks ago... 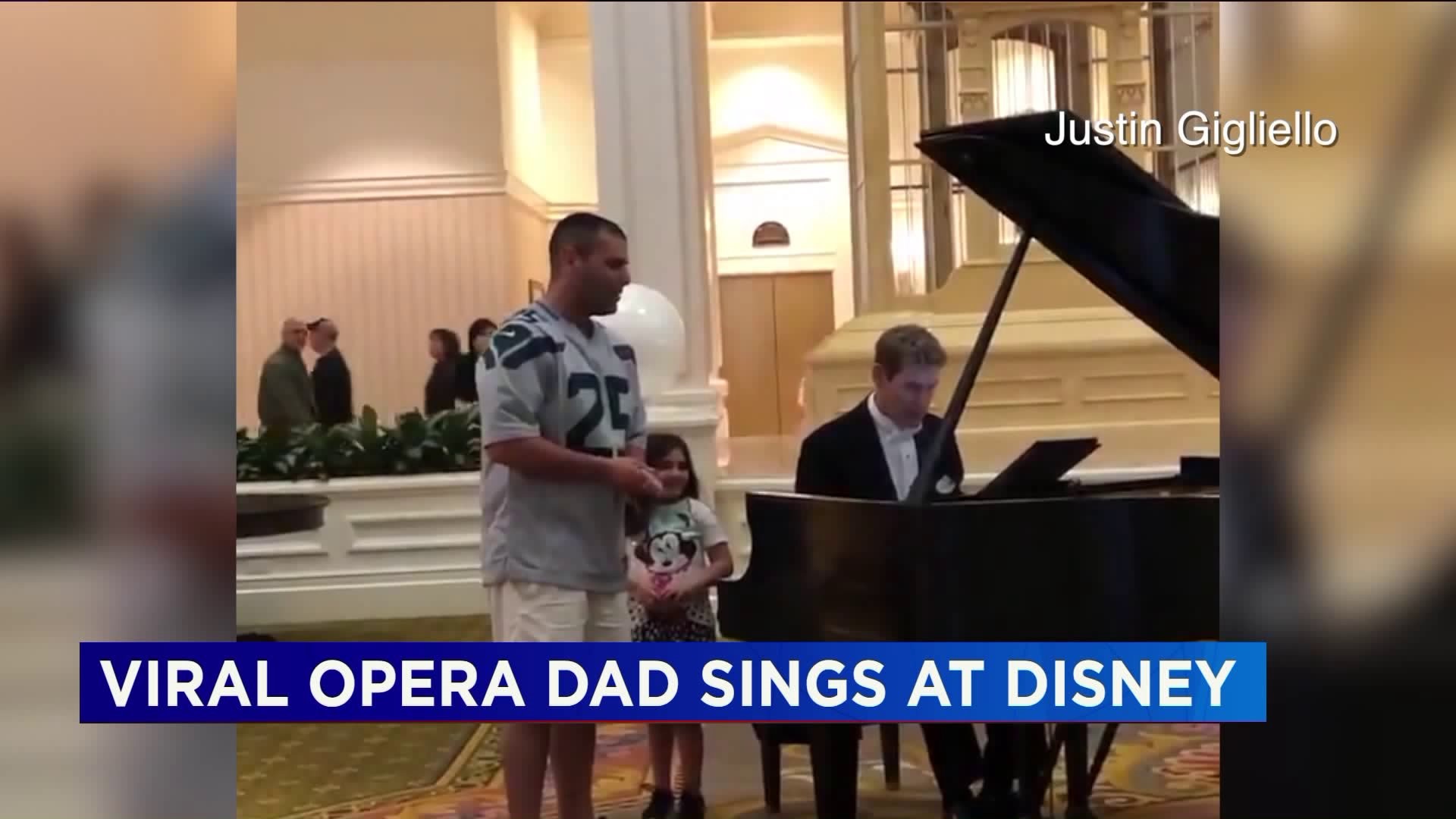 The video that was posted to social media almost two weeks ago has gotten close to 10-thousand likes and over 2-thousand retweets on Twitter alone.

"When I put it on Twitter, it shows every single tweet, so it’s just constant buzz, buzz, buzz," said Justin Gigliello.

30-year old Gigliello of North Stonington was on their eight-day vacation at Disney World .  Inside the Grand Floridian was a pianist. His six-year old daughter Lilah went him to the pianist and asked him if he could play "Ava Maria?"

"People were standing on every level clapping and just watching and you could tell some of them just stopped in their tracks," said Gigliello.

Since then the video spread like wildfire. His daughter says she loves hearing her dad sing.

Gigliello's natural talent started from when he was young. He had interests in singing R&B and classical music.

His mother signed him up with a voice teacher who only specialized in singing opera."I tried it. I started getting lead roles in plays and I just fell in love with it," said Gigliello.

He's not only getting attention online but in town as well.

"We’ve noticed that a couple of times, people will come up to us and they’ll say 'are you the singer in the video?' and I say 'yes! That is me!'" said Gigliello.