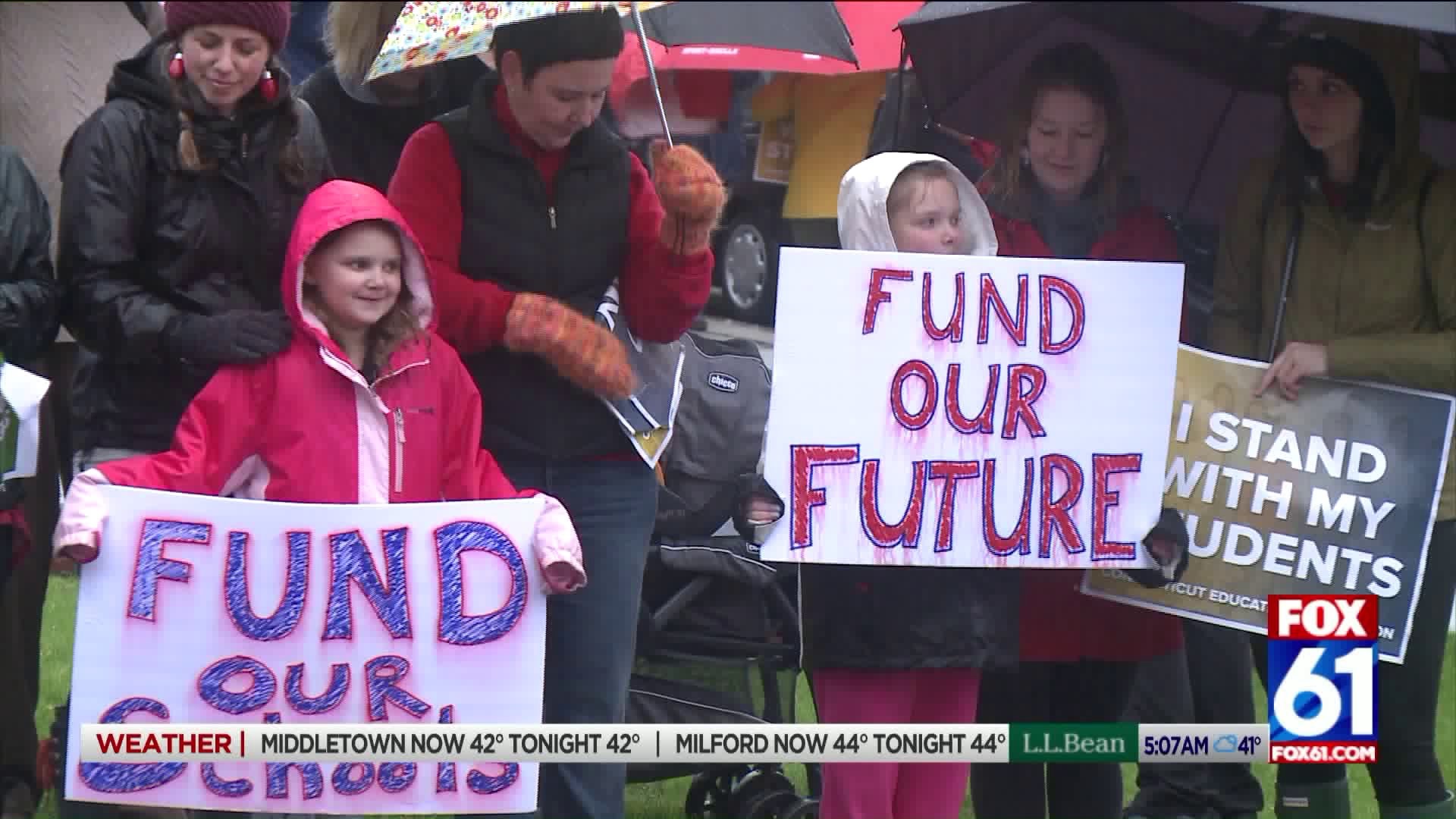 Following the rally, many expressed their concerns at the city council’s public hearing about a cut in the 2019-2020 budget.

It's an increase of two percent from this year’s $79 million budget.

“We would love for our schools to be fully funded, lots of the teachers I know we all put our own money into the classrooms so the kids have what they need,” Norwich teacher Denielle Sandoval said.

“Raising his voice and accusing us of things that were not real at all and not truthful at all, about the numbers that we’re probably making them up,” BOE Chairwoman Yvette Jacaruso said.

The mayor said he questions how the district is spending its money.

“Every city department must live within their budget to their best of their ability and I question that right now with this particular department,” Mayor Nystrom said.