COVENTRY —  According to the National Weather Service, an EF-1 tornado touched down in Tolland County Wednesday. The NWS said: The tornado traveled in a s...

COVENTRY —  According to the National Weather Service, an EF-1 tornado touched down in Tolland County Wednesday.

The tornado traveled in a southeast direction and had a discontinuous path. The tornado first touched down on North River Road in Coventry, then went through the Skungamaug River Golf Club (where it damaged many trees). It then lifted before touching down again near Brigham Tavern Road, where it then crossed US Route 44 near Depot Road in Mansfield. The tornado lifted after going across a cornfield near Plains Road. The majority of the damage was to trees. only very minor damage to buildings was noted, with a sign at a daycare facility blown over.

You can read more here.

Meteorologist Dan Amarante visited Coventry on Thursday morning. FOX61 was first up to Tolland County and captured drone video above the gold course. The video was sent to the National Weather Service who says video like that helps them assess whether the damage was due to a tornado. The NWS sent a team Thursday to Tolland County and confirmed the tornado. 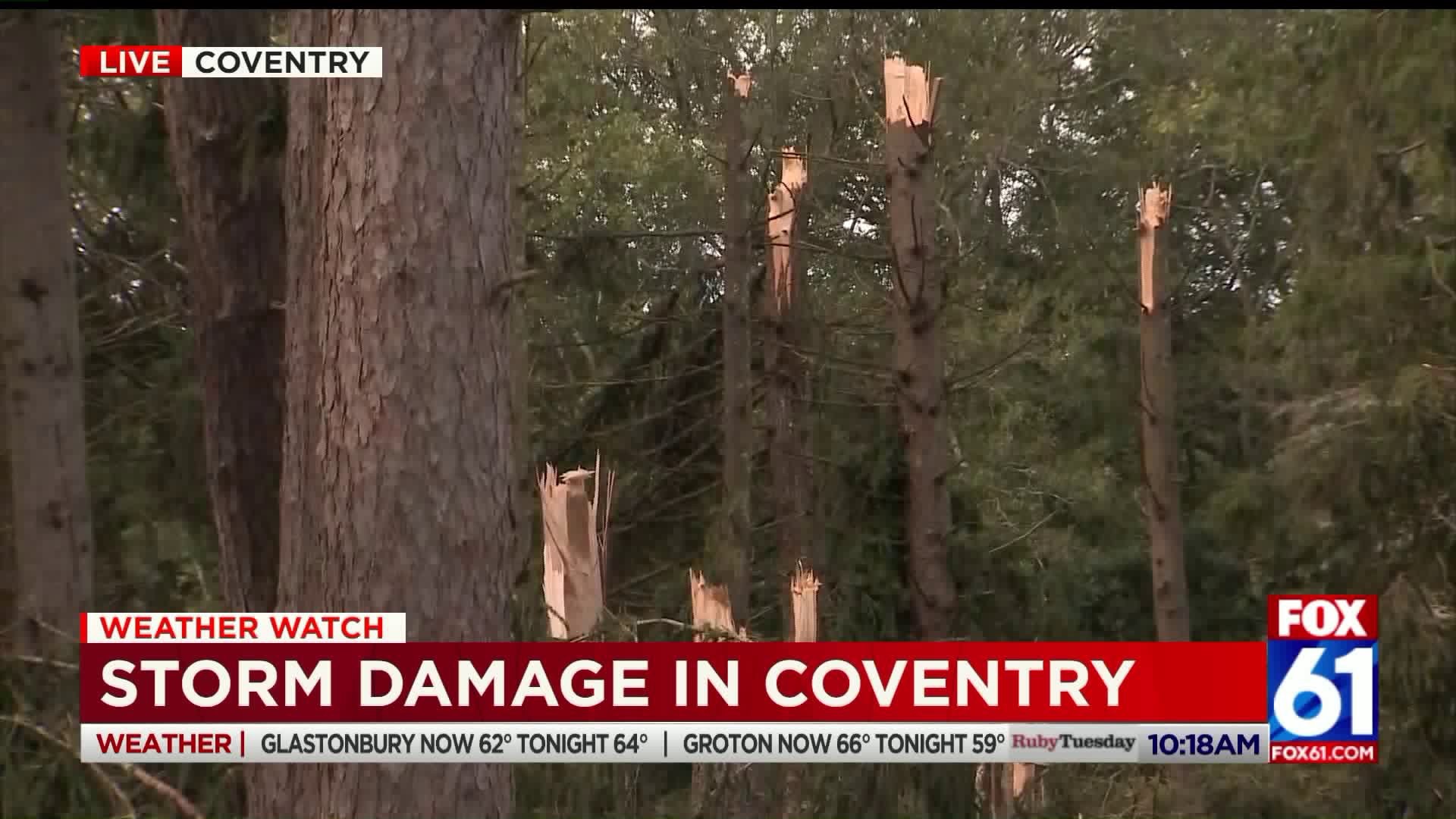