PROVIDENCE, R.I. — An officer at a detention center resigned Friday amid investigations into a truck that drove through a group protesting federal immigration p... 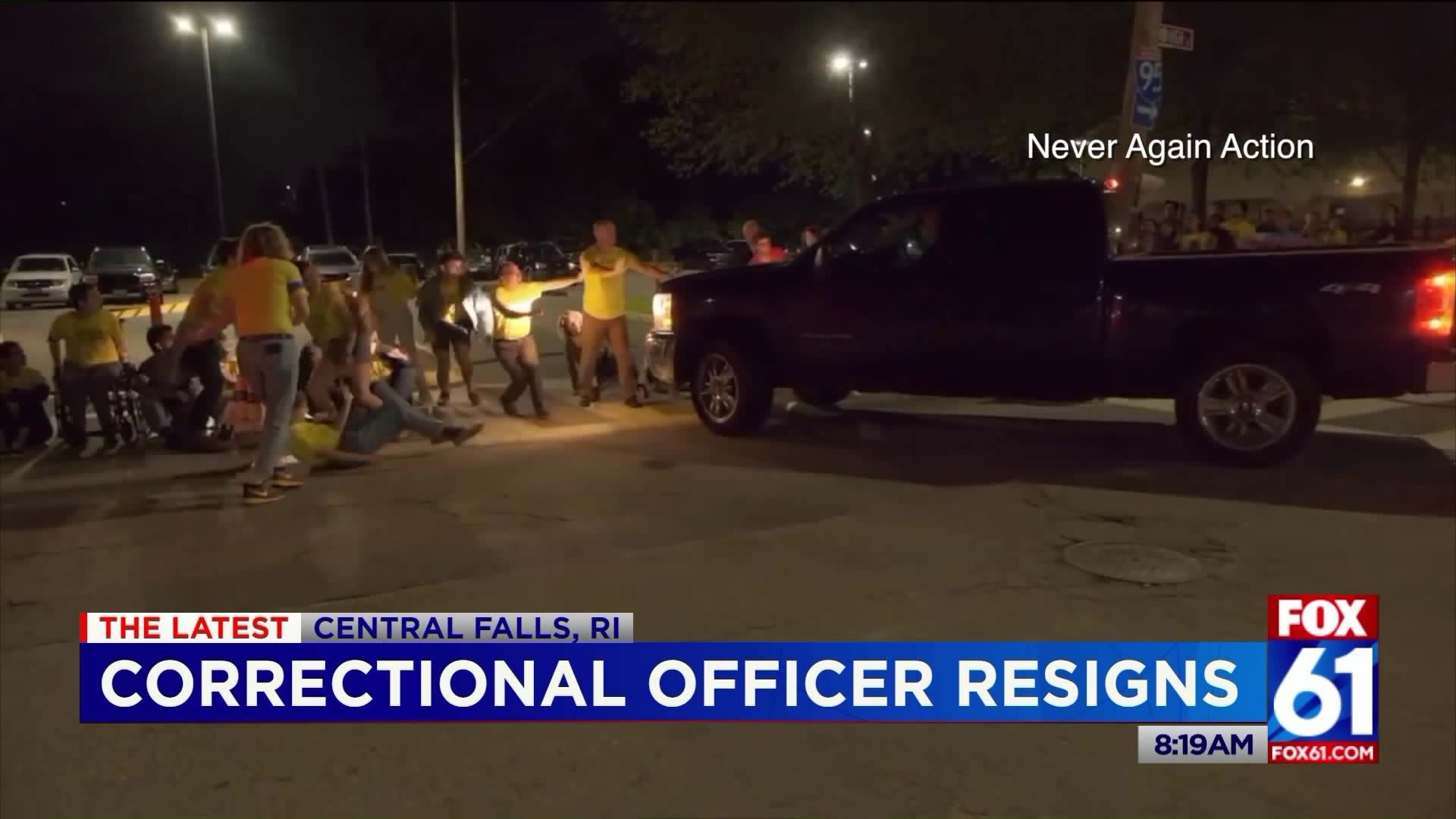 PROVIDENCE, R.I. — An officer at a detention center resigned Friday amid investigations into a truck that drove through a group protesting federal immigration policies. And the Connecticut resident has asked local police to increase the frequency of patrols around his home.

The resignation of Capt. Thomas Woodworth from the Donald W. Wyatt Detention Facility was announced in a brief statement from the center in Central Falls, Rhode Island, a day after it said Woodworth had been placed on administrative leave.

Woodworth is a resident of Stonington, and retired as a Lieutenant from the Department of Correction in 2009, according the department's annual report for that year. Court documents indicate that he worked at the Corrigan-Radgowski Correctional Center in Uncasville.

The Stonington Police Department told FOX61 that Woodworth contacted them, requesting more frequent patrols and checks around his home, out of concern for his personal safety following the protest at the Wyatt Detention Center.

Officials at the center have not explicitly said whether Woodworth was driving the truck, saying that was part of the overall investigation.

A phone number to seek comment from Woodworth couldn't be found, and it wasn't clear whether he had a lawyer to speak for him.

The Jewish youth movement Never Again Action said at least two people were injured--one seriously --Wednesday night after a pickup that protesters said was operated by a uniformed corrections officer drove up and screeched to a halt at an entrance blocked by seated demonstrators.

Video posted by the group showed the vehicle moving forward again into the protestors.

Never Again Action said Jerry Belair, 64, of Warren, suffered a broken leg and internal bleeding and was being evaluated at a hospital for a possible back injury. It didn't identify the other person it said was injured by the truck but said three other demonstrators were treated after inhaling pepper spray they say prison personnel used to disperse the crowd.

“We are glad to hear that Captain Woodworth has resigned. We hope that will not be the end of an effort to hold him accountable for attempting to run over multiple Jewish youth and elders peacefully protesting.

However, Woodworth’s resignation is just the beginning. First, he should face criminal charges for his actions which endangered the lives of protesters on Wednesday night. The other officers who indiscriminately pepper-sprayed a distraught and traumatized crowd must face accountability for the violence they enacted, which sent three more people to the hospital.

If these officers felt empowered to attack a group of protesters in front of the public and the media, imagine what kind of violence must be taking place inside the prison, out of site [sic], against vulnerable immigrants and people of color.

We urge all ICE officers to join us in making the moral choice: quit your jobs, stand with us."