MIDDLETOWN – Connecticut’s Public Safety Commissioner said it could take two to three months to complete the investigation into last week’s of... 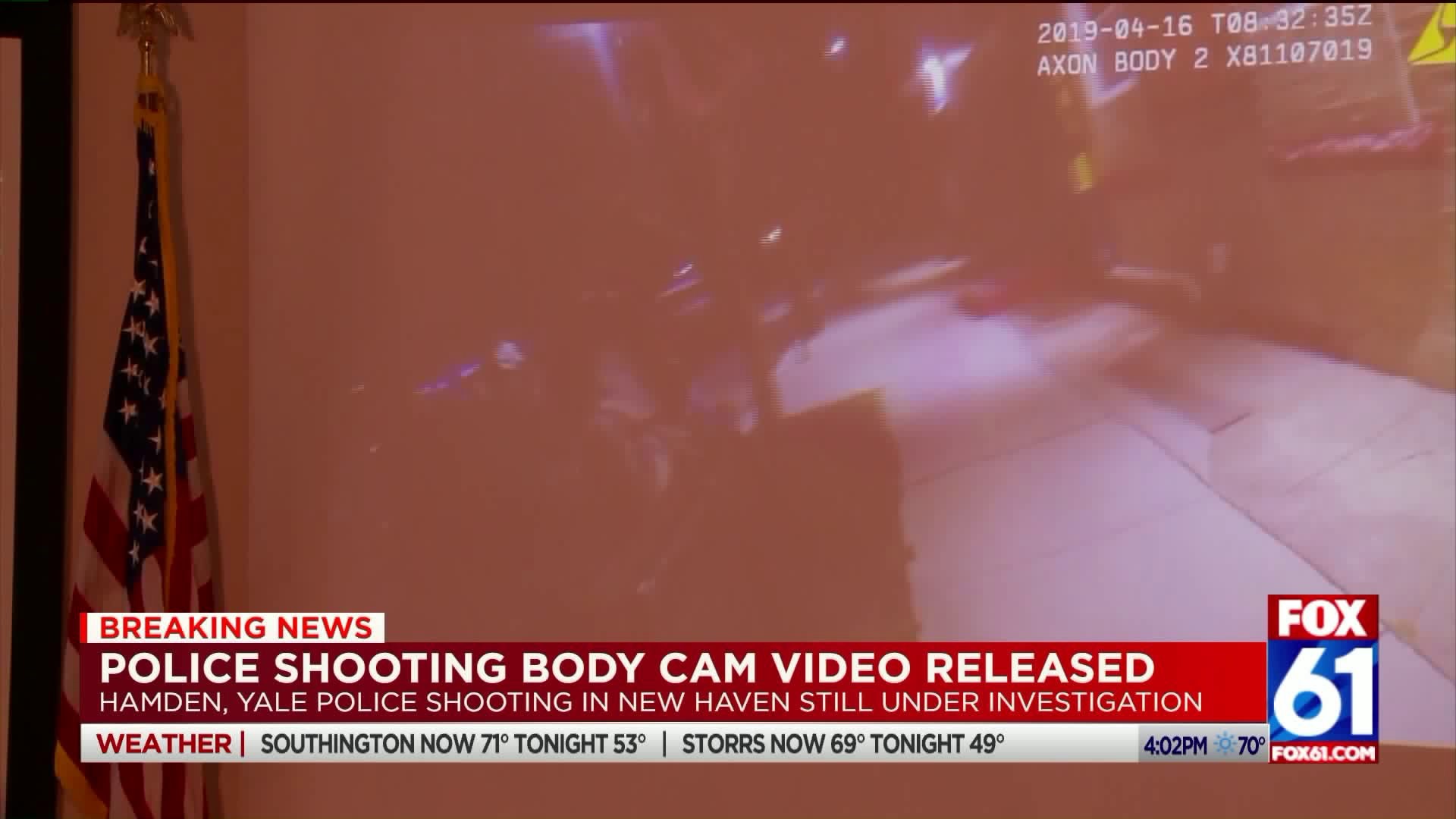 However, during a Tuesday press conference, he was critical of the two officers, who were placed on paid leave by their respective departments immediately following the shooting, which injured an unarmed 22-year-old woman.

Commissioner James Rovella told the assembled local and national media he could not reveal too many details about the investigation.

One thing he did emphasize was that the Yale and Hamden officers, who fired a combined 16 shots, did not do their job with regard to their body and dash cameras during an alleged armed robbery incident involving a red Honda Civic.

Hamden officer Devin Eaton failed to turn on his body camera until after the shooting. However, his camera is equipped with a recall function that restored the video from the time he left his cruiser, giving police investigators the 11 seconds leading up to his body camera being turned on that will be very valuable in piecing together this case.

22-year-old Stephanie Washington was shot in the torso and also sustained facial injuries during the shooting.

Rovella was asked if he believed Paul Witherspoon, 21, the driver of the red Honda Civic, was told to open his car door after police had boxed him in on Argyle St.

Rovella said, "There are indications that he was told to open the door. Yes. Or come out with his hands up."

That appears to be exactly what Witherspoon was attempting to do when the Hamden officer fired his first shot.

"To be boxed in by police officers and then to have those police officers, without any provocation, start opening fire on him, it’s terrorizing," said Attorney Michael Dolan, the lawyer representing Witherspoon.

Dolan said all police body cameras should be voice activated "rather than the officers having the ability, at their will, to activate or in fact deactivate body cams."

Commissioner Rovella said he does not expect any charges to be filed against anyone until after State Police Central District Major Crimes completes its investigation, which could be several months.