EAST HARTFORD — The Windham State’s Attorney’s office released the names of the two East Hartford officers who were involved in a fatal office... 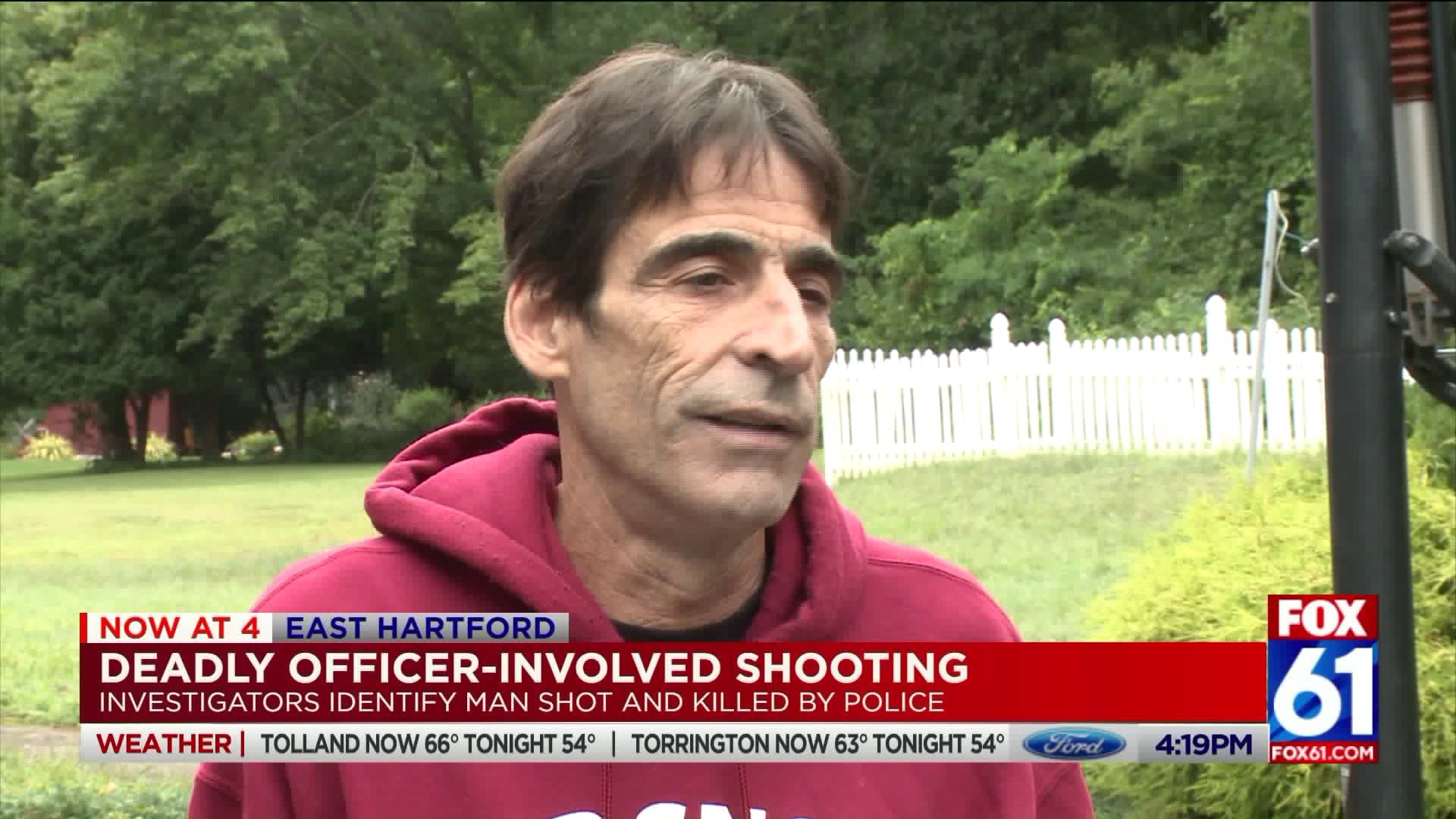 The officers involved were:

Officer Andrew Lyew, who has been an East Hartford police officer since December 2018 and was previously a New Haven police officer.

Officier Daniel Zaleski, who has been an East Hartford police officer since December 2003.

The shooting came after East Hartford officers responded to a domestic disturbance incident on September 5th on Skyline Drive around 6 p.m.

”It all started, when we were out here, two kids came out of the house hysterical. They screamed, ‘Help, help, he’s choking my mom!’ I mean they were sprinting this way,” said Anthony Datilio.

Datilio said, "He had him on the kitchen floor, he was sprawled out on the floor at gunpoint. He got up, tased him, got up and started running, started fighting, he didn’t want to quick it was like he was enraged.”

And in that rage, is when police said things took a turn, during the struggle police said the woman was unconscious and with one officer hurt, police had a tough decision.

Lt. Joshua Litwin of the East Hartford Police Department said, “During the course of that struggle and the investigation of this domestic violence incident deadly force was determined to be necessary to stop further injury or further tragedy in the household.”

Officials identified the man killed as  43-year-old John Carras. A statement Friday from Berlin High School Principal Eileen Eustis says Carras had been a psychologist there for the past 11 years.

The woman was reportedly seriously injured, and another officer who responded was injured as well.

The two children that were inside the home are with relatives and the officer hurt is expected to be okay.

Police say they are still shocked this incident happened in the first place.

“It’s a situation that could happen anywhere and, unfortunately, this a case where it escalated to a very violent level ending with tragic results,” said Lt. Litwin.

The investigation into this incident is continuing and no additional information concerning the specific circumstances of the incident is being released at this time.

It is with much sadness that I share with you the passing of a BHS faculty member, Mr. John Carras. Mr. Carras served as our school psychologist for the past 11 years. We felt it was important to communicate this information with our parents and guardians should your child ask any questions or express concern.

Our school crisis team met this morning to coordinate support for students, faculty and staff. In addition, we solicited additional counseling staff from within the district and Meriden Public Schools to ensure everyone’s well-being. School psychologists, social workers, school counselors, administration and other support personnel have been available throughout the day. Staff were asked to monitor student behavior and any students in need of support were seen by counseling staff.

Some students, particularly those close to Mr. Carras, or those who have had their own losses, may be particularly affected by the news. Take time to listen to and talk to your child about what has happened. Reassure your child that you will be available to him/her. Reassure your child that you will do all that you can to keep him/her feel safe and supported. Should your child appear to be struggling to cope, we encourage you to contact the school to speak with one of our support staff or 211 (Mobile Crisis Services).

Thank you for your support and assistance.