Osprey population continues to rise in Connecticut after conservation efforts

It’s a success story for the birds! An increasing number of Osprey are spending their summers in Connecticut after migrating from as far away as Florida and Sou... 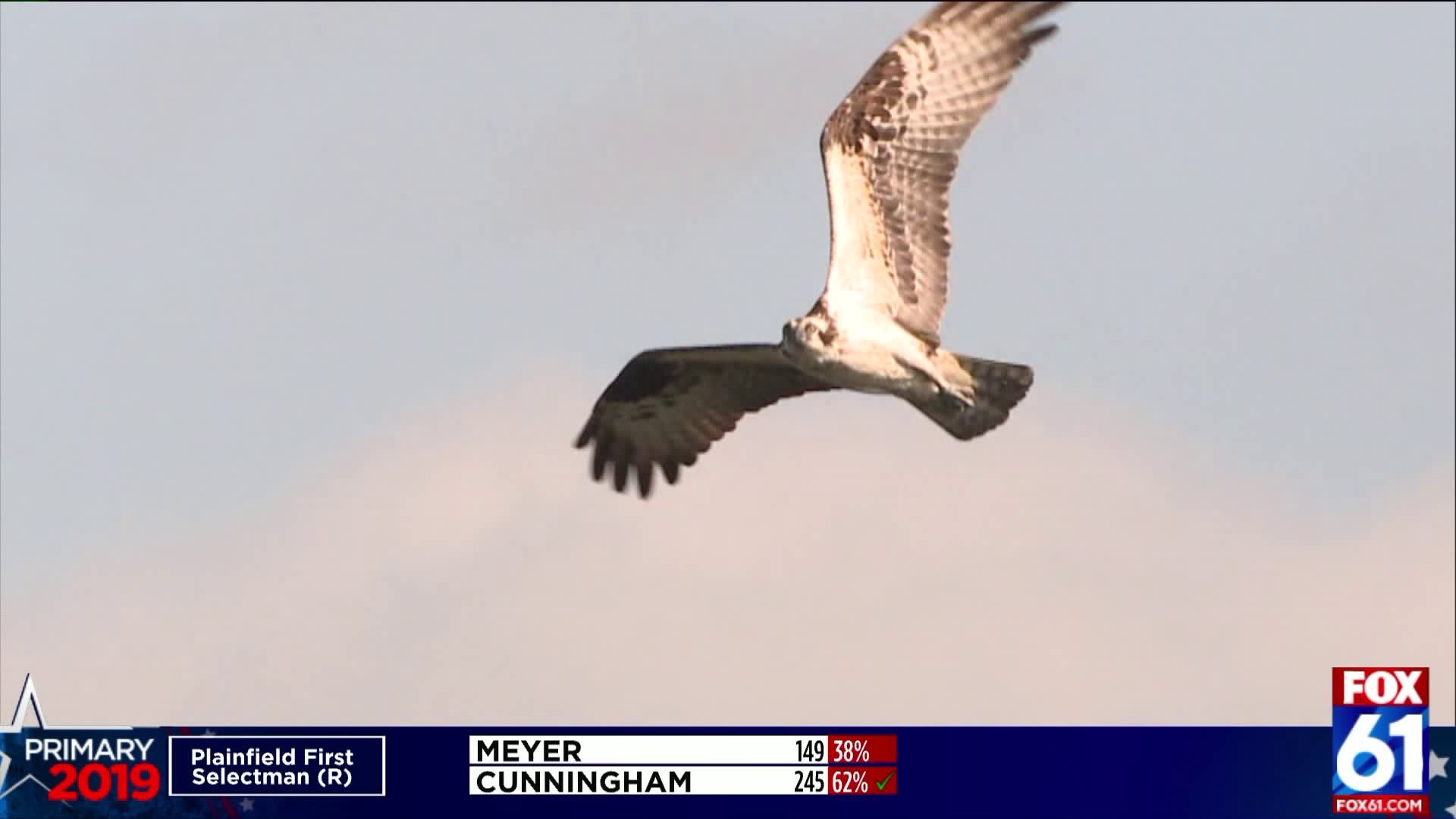 It’s a success story for the birds! An increasing number of Osprey are spending their summers in Connecticut after migrating from as far away as Florida and South America, and the surging numbers are partially due to human help.

The masked raptor’s numbers were not always as strong in the 1950s and 60s. Dichlorodiphenyltrichloroethane, also known as DDT, was sprayed over wide areas of the northeast as a pest control. Unfortunately, the chemicals ended up in the water and worked their way up the food chain to the fish that the osprey survive on.

Once in the bird’s system, DDT had the devastating outcome of causing eggshell thinning. Melina Giantomidis, the coordinator of Osprey Nation, told us why that’s a problem. “It causes a lack of calcium in the shells, so whenever an osprey would sit on their egg, it would crack.”

She chatted with us at the Connecticut Audubon Society’s Milford Point Coastal Center recently, telling us how far these birds have come.

After DDT was banned in 1972, the osprey numbers slowly began to soar.

These birds are flourishing now along the Connecticut shoreline and even inland, but the Audubon Society needed a little bit of help to gather all this data.

Osprey nation was created in 2014, and it brings in the community to get a bird’s eye view of the data. Anyone can sign up to volunteer.

“It’s a citizen science program strictly based off observations to monitor the osprey’s populations,” Giantomidis told us.

Just like the osprey’s population, the number of volunteers is taking flight too. Back in 2014 the program started with 100 volunteers and is now approaching 350. This success story doesn’t just involve one hero or even one group; it’s the byproduct of years of cleaning up the environment and getting the public involved.