Over 10,000 flags placed in honor of Connecticut’s fallen heroes 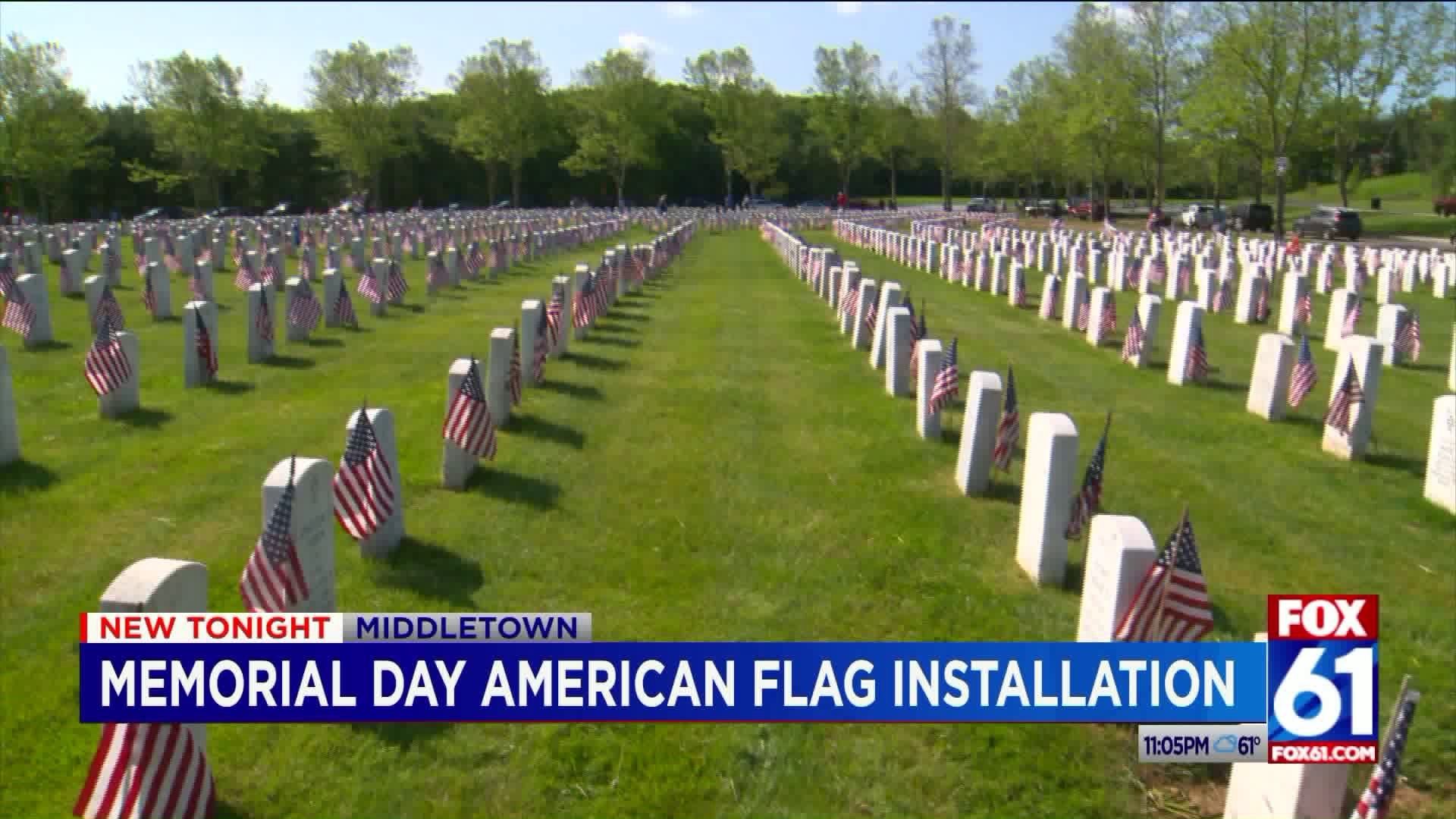 MIDDLETOWN - “It’s fantastic to see,” said Vietnam Veteran Ron Nanfito of the thousands of flags flying in the breeze.

Each flag was placed as a way of paying tribute to the over 10,000 servicemen and women and their family members buried in the State Veterans Cemetery in Middletown.

An event that originally began in 1985 with just a few Vietnam veterans, taking hours and sometimes days to complete has grown into hundreds of people from the local community showing their support.

“I think it something important for my son to learn,” said Kelly Casteano

Kelly’s husband Eddy severed 12 years in the Marines. He was deployed three times to Iraq and Afghanistan losing too many good friends in the process. Eddy and Kelly feel it is important their children understand the sacrifice they made.

“Just to pay respect and honor to those who have passed and honor those who are living to know that they will be remembered,” said Kelly.

There’s a specific protocol followed to each flag that is placed on the left side of every stone. Each one honoring and representing those who lost their lives as a small token of thanks.

“We didn’t get much respect 50 years ago. It’s coming back today,” said Nanfito. “This is paying tribute to them.”

The flag placing event is organized every year by local veterans with help from Wreaths across America. It took around an hour to complete leaving a powerful image behind.