Parents, students and educators weigh in on the future of Hartford schools

HARTFORD – A passionate crowd addressed the Hartford Board of Education ahead of a decision to restructure public schools. Parents, educators, and students voic... 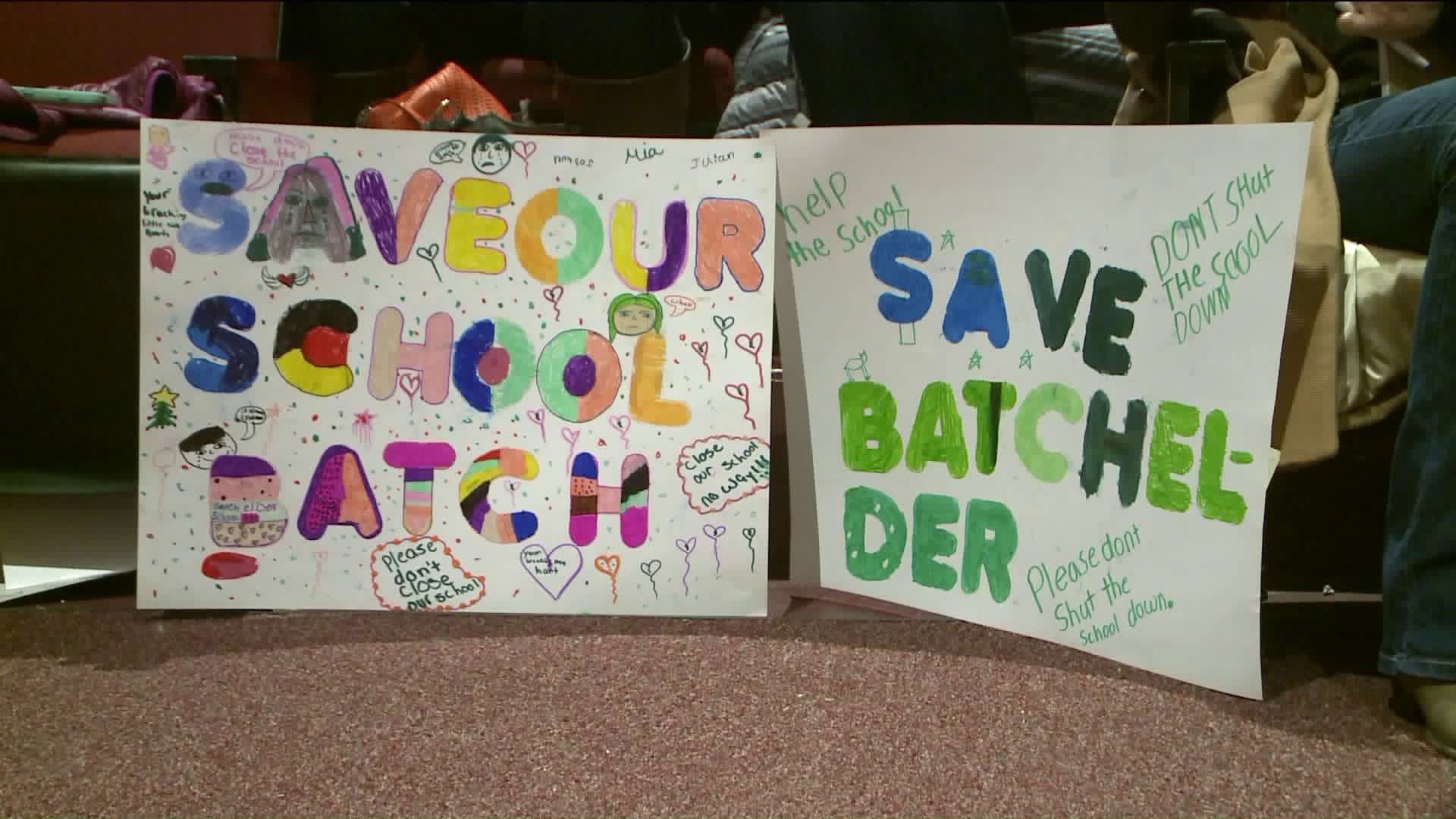 HARTFORD – A passionate crowd addressed the Hartford Board of Education ahead of a decision to restructure public schools.

The meeting at Bulkeley High School was well attended and more than 50 people spoke out. The attendees focused on the future of Batchelder and Capital Prep.

Batchelder is one of four schools that could close based on the proposal, along with Simpson Waverly, Capital Community College Magnet and Culinary Arts Academy.

This plan would also call for the relocation and reconfiguration of other Hartford schools. According to the district, the cost savings at the end of the three-year implementation of the plan is projected at $15 million per year.

Director of Communications Pedro Zayas said the Board of Education will vote on the proposal, calling this is a tough decision for the district.

“Many other districts in Connecticut have had to face the same process,” he said. “In the end it’s not about cutting the budget but reinvesting the money so that all our schools and all our students have excellent education opportunities.”

Luis Perez said he purchased a house in Hartford so his son could attend Batchelder.

“If it should close I think it will have negative ripple effects throughout the community,” Perez said. “Batchelder is actually a staple, it’s kind of the bedrock of that small neighborhood, so it will be tragic to see what happens to our kids cause they’ll be taken to different schools and moved around so it would actually be unfortunate for the neighborhood.”

Perez, like many other parents that spoke at the meeting, said he hopes the BOE will reconsider the proposal. Representatives also spoke on behalf of Capital Prep.

District leaders tell FOX61 the superintendent’s proposal does not call for the closing of Capitol Prep; however, the school’s community took to the mic to fight against any possible changes to the school.

“Take the emotion out of it, open your mind and literally look at the data that’s being put in front of you,” she said. “What we’re doing right now, has not worked, it’s in the data, it hasn’t worked.”

The Board is scheduled to vote on the plan at its regularly scheduled meeting on January 23. If the plan passes, it will be implemented from June 2018 to June 2020.

For a close look at the superintendent’s restructuring plan and a list of more public hearings, click here.