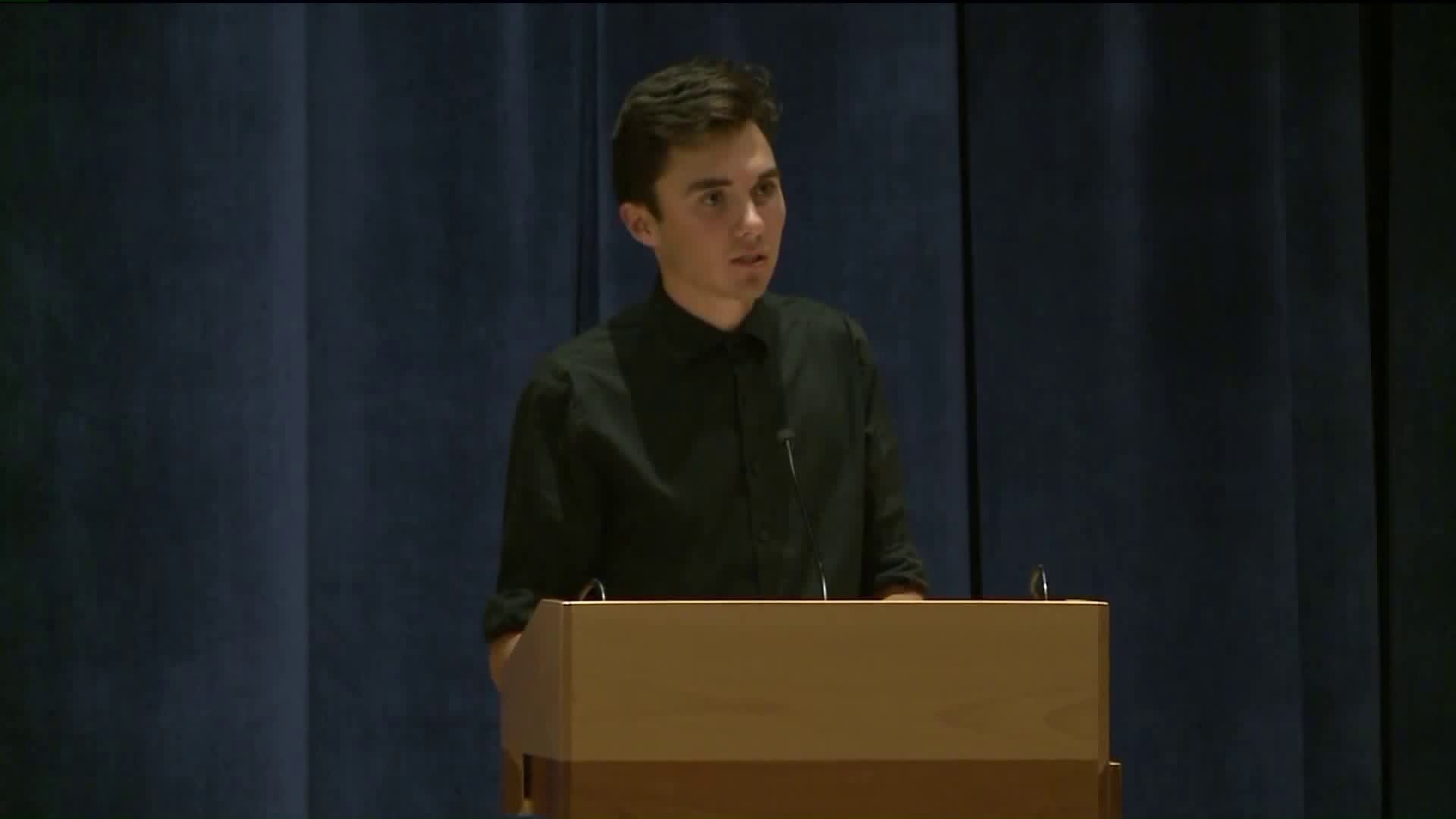 STORRS -- Tonight at the University of Connecticut student union, David Hogg, the young activist who survived the mass shooting in Parkland Florida just over year ago spoke to students about gun laws and gun violence.

Adam Sherif, UConn Student, thinks students relate to Hogg because he’s their age, “What is so powerful about David, as well as the entire topic of the meta-Noye, is youth for change, is that we are talking to students, and viewing speakers and events that are similar to us and age. And we’re talking about topics, for example gun control, and gun violence in the United States. We are looking at it from a lens of our generation.”

Able to relate to students while Visiting Connecticut, Hogg recognized the laws already in place saying, “I think we all know why Connecticut handles gun laws so effectively. I think what we need to stop waiting for is horrible incidences to start taking action, Right, I wish that Congress, I wish that it didn’t take a shooting at my high school for example, or the thousands of shootings that happen before hand, for Congress to take action on background checks.

The activist has been outspoken about mandatory background checks, as well as bolstering gun laws in states with high amounts of gun violence, “I think you can see the effects in Connecticut of the laws that are in place here. And the fact that they have significantly lower gun deaths compared to other states compared to like Louisiana with much weaker gun laws.”

About 200 student attended the discussion. There were extra police and security on sight. Hogg wanted students to know, his goal is to prevent not just stop school shootings, but to stop all gun violence, “I think it was a pretty good discussion between different groups of people send it around the one thing that we, the most important thing that we can all agree on, which is that gun violence should not continue.”

While Hoggs presentation focused on his views of many social justice issues. But the main focus was on fighting for stricter gun laws. Chris Connelly, a UConn Senior, didn’t agree with some of Hogg’s points,“I found it very interesting that he commented on the origins of the Second Amendment, which went against what I was personally taught. Because as I’m sure we can all agree on, we were taught that the Second Amendment stemmed from the founding fathers not wanting a tyrannical government to take control. He made claims surrounding the Second Amendment, saying that it stemmed from indigenous genocide as well as white supremacy. This was the first time I had ever heard that "historical," alleged fact.”

Congressman Joe Courtney was on campus and introduced the young speaker and he also spoke to students.

It was a peaceful discussion and police say there were no incidents.