Parts of Fairfield under flood advisory ahead of Nor’easter

FAIRFIELD— Parts of Fairfield Beach Rd. are under a flood advisory Thursday and Friday while a Nor’easter passes through the area. In the calm before the storm,... 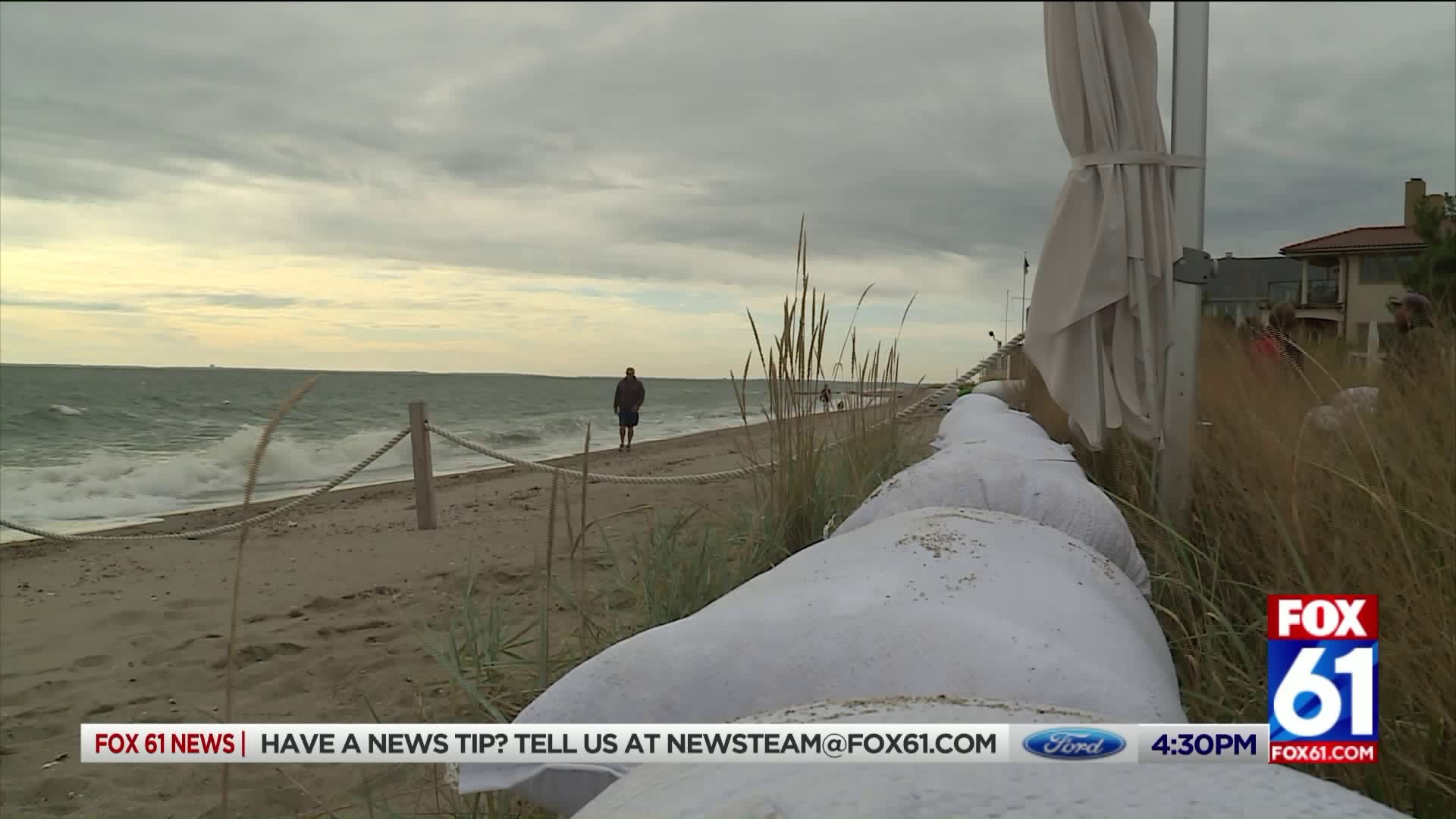 FAIRFIELD— Parts of Fairfield Beach Rd. are under a flood advisory Thursday and Friday while a Nor’easter passes through the area.

In the calm before the storm, some residents in the area went about their daily lives while other embraced for impact.

Residents like Lorraine Walkovik, who walks her dog Winnie every morning, says she doesn’t believe the weather will be that bad.

Walkovik said, “I think that I can say that now and then we’ve had Some ice storms and we’ve kind of gotten through it but we’ve never experienced anything that was debilitating us like Puerto Rico or Hurricane Sandy or anything that catastrophic.”

The slow moving storm is expected to bring high tides but police say they are also watching for wind damage.

Cpt. Robert Kalamaris said, “We’ve had some issues with the trees down and every once in a while we get some rains that soften the trees to come down on wires and often causes some concerns with traffic.”

Police advised people to move their cars to higher ground and contact them if anyone felt they needed assistance.

Walkovik says she will be prepared when the storm rolls through.

Walkovik said, “I’m going to hit the food store and make sure that we are stocked up because I think we may need to.”

Police say despite the warnings they know people will still stay in at-risk areas but they are on standby to protect and serve.

Cpt. Kalamaris said, “We are concerned with people's safety, you know obviously people before property we give these warnings in advance so they can heed the warnings and make the necessary precautions.”

Police say going forward they’re going to be looking out for at-risk areas for the next couple of days.