HARTFORD — Hartford police said they arrested 10 “Johns” after addressing complaints of prostitution in the area of Wethersfield Avenue. Polic... 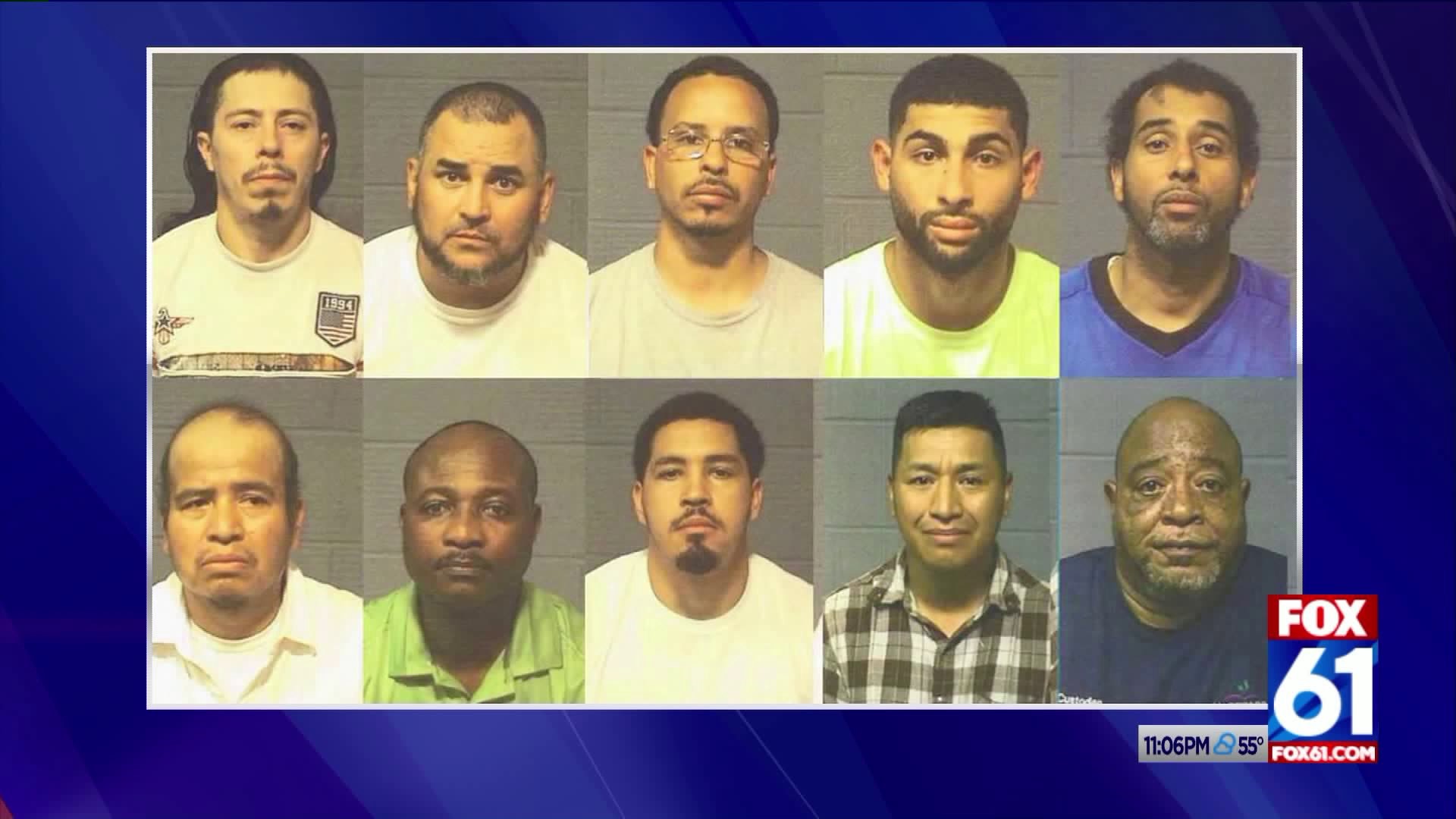 HARTFORD -- Hartford police said they arrested 10 "Johns" after addressing complaints of prostitution in the area of Wethersfield Avenue.

According to police, the operation was initiated after several complaints of street-level prostitution happening on Wethersfield Avenue.

Police said that undercover officers posed as prostitutes and were placed in the area. When they were solicited for prostitution, the arrests were made.

Officials said prostitution along Wethersfield Avenue has been a historic issue and have conducted four undercover prostitution operations so far this year.

“I see it on a daily basis, I always drive by here, I always see it, it doesn't matter the time of the hour, the time of day, they’re always around,” resident Stephanie Santos said.

“The goal of this operation was to increase the quality of life in the Wethersfield Avenue area and send a message that this is not a place to engage in illicit activity. We are also continuing our efforts to provide services and safer options for those that have turned to prostitution as a means to survive.”

10 men from various towns were arrested: