GROTON — Police say they have a woman in custody following a barricaded subject incident in the Cutler Street and Morse Avenue area this morning. Police i... 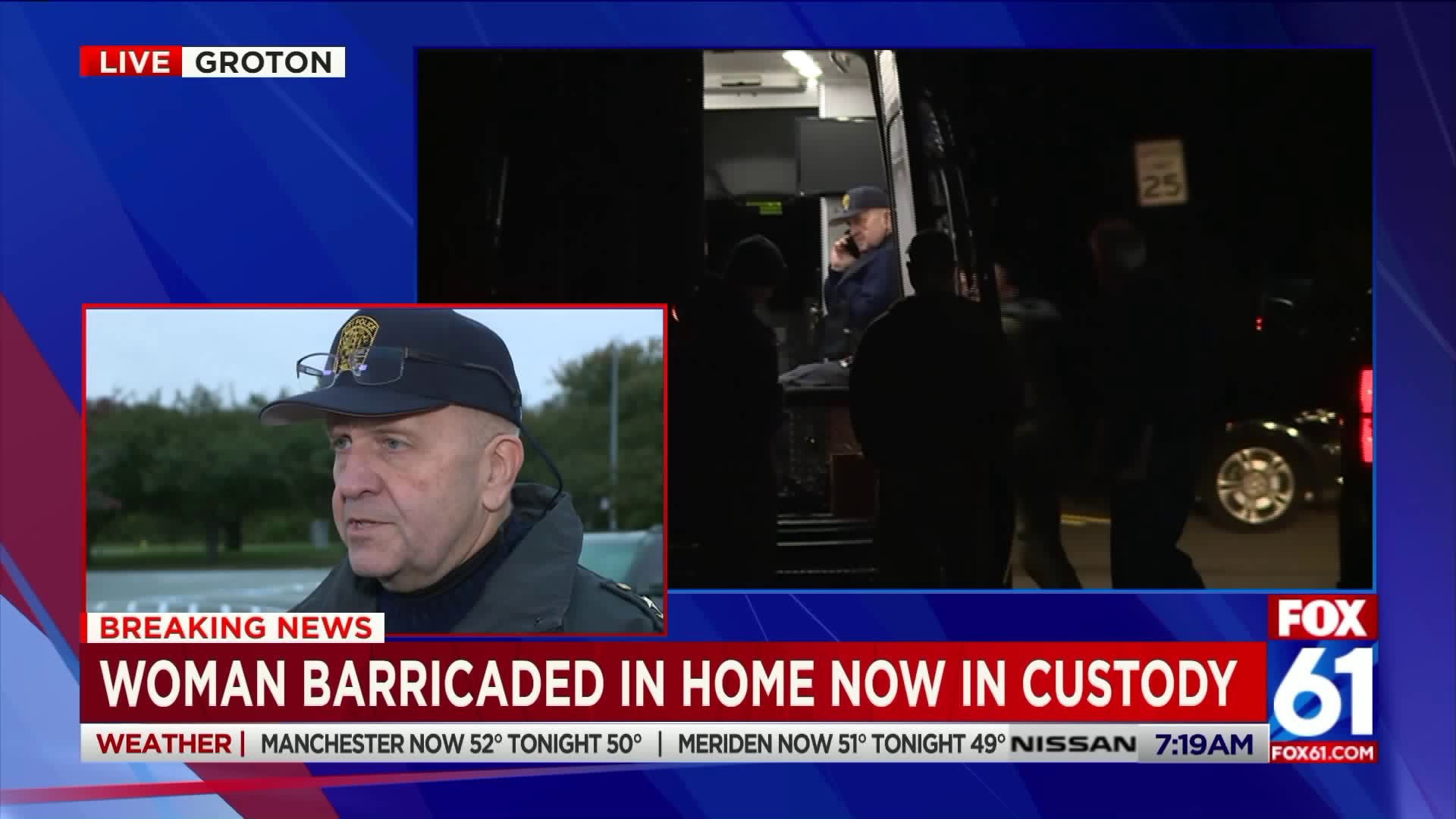 GROTON -- Police say they have a woman in custody following a barricaded subject incident in the Cutler Street and Morse Avenue area this morning.

Anderson is being charged with Criminal Trespass of the 1st degree, Breach of Peace of the 2nd Degree and Violation of a Protective Order.

This isn’t the first time Anderson has been in trouble. She has been arrested multiple times dating back to November of 2018, then multiple times this year in May, June and July.

Her charges ranged from possession of drugs, driving offenses and burglary among other charges.

The once active situation caused Marine Science Magnet High School and West Side Middle School to have a two-hour delay.

Groton Public Schools issued a statement on the incident:

“The impact on Groton Public Schools was to West Side STEM Magnet Middle School. Early this morning we initiated an emergency two-hour delay, which was communicated to the families of students that attend that school. We also communicated the potential of a cancellation, if necessary. We have since contacted parents/guardians a second time to confirm the two-hour delay, given the matter has been resolved.”

Police say Anderson, a felon, barricaded herself inside the home. Police say some sort of relationship she had “dissolved” which lead to the barricade incident.

Just after midnight, police say they received a report of an unwanted person inside the home on a protective order.

It’s unclear what the protective order entailed, but FOX61 learned from police that it was domestic related due to some sort of violence.

Two responding officers were initially on-scene and went inside the home where they found Anderson armed. They were able to get out safely.

The gun she had was not registered to her, because she is a convicted felon, according to police.

Neighbors in the area say they are still in shock and describe Anderson as a good neighbor.

One neighbor FOX61 spoke to says Anderson has been her neighbor for years and was concerned for her safety.

Apicelli was taken to the municipal building along with a few other neighbor, but was able to return home once the situation was resolved.