FAIRFIELD — Police said a man who was charged with murdering his wife was found dead in a Conex box located on his property from an apparent suicide. Fair... 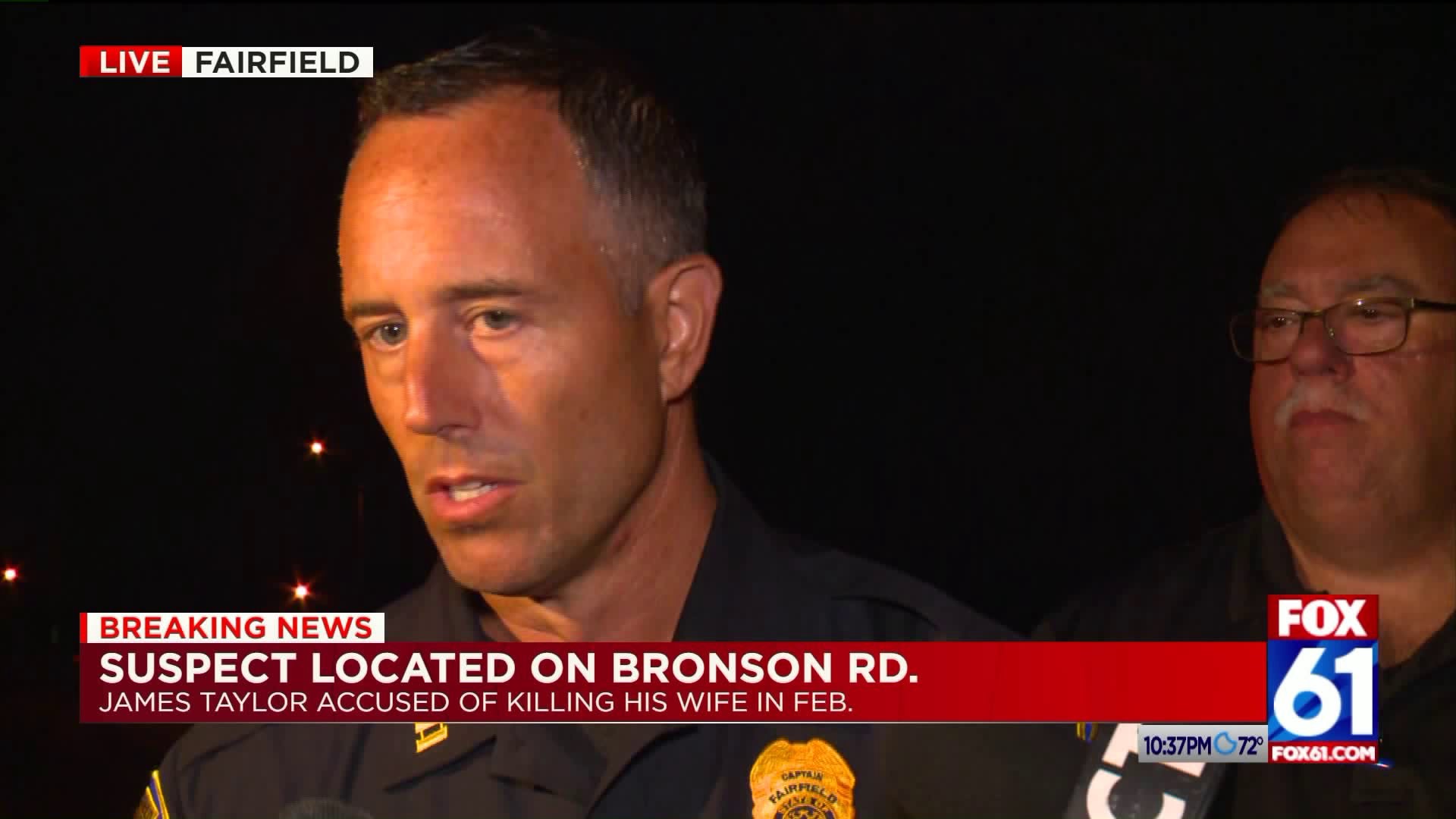 FAIRFIELD -- Police said a man who was charged with murdering his wife was found dead in a Conex box located on his property from an apparent suicide.

Fairfield Police Department said James Taylor, who was charged with murder, had GPS locator that sent out an alarm Tuesday night. The alarm indicated either tampering or a dead battery. Taylor was arrested and charged in February for the murder of his 70-year-old wife along with shooting a gun at his son. His bail was set at $2 million. He posted bail and has been under house arrest since, according to Fairfield Police.

Police were unable to reach him by phone and got no response at his Bronson Road home.

Police said as they were calling Taylor's cellphone, they could hear the ringing from inside the Conex box, a shipping container, prompting an hours-long standoff. The Fairfield Fire Department and the Stamford bomb squad were called in to assist.

“We’re always concerned that there could be someone lying and barracking themselves waiting for an officer to approach the residence or whatever the situation may be, in this case, it was the Conex box. So, in this case, we just were wanted to take all measures to ensure the safety of our officers," Fairfield Police Captain Robert Kalamaras explained.

Five hours later, police were able to gain entry into the home and found Taylor dead in the shipping container.

“Without the help of our mutual aid partners, Southwest Regional Emergency Response Team, Stamford Bomb Squad, Connecticut State Police, probation and Parole, and AMR, we would not have been able to gain access to the storage container in the safest possible manner. We also appreciate the patience of the public who allows us to do our job in the most effective manner possible so that officers can go home safe to their families,” Kalamaras said in a statement.

BARRICADED SUBJECT UPDATE: James Taylor has been located & the Bronson Rd property has been secured. Road closures may remain for a short period of time. There is no threat to the public. We appreciate your patience & cooperation. Full press release will be posted in the morning. https://t.co/Bd9knUtmXh

UPDATE: Fairfield Police believe James Taylor may have barricaded himself inside a conex/container located in the Bronson Rd property. Police are asking everyone to avoid this area until further notice.

HAPPENING NOW: Fairfield Police closed off part of Bronson Road. Police have surrounded a murder suspect’s home because they say his GPS bracelet went off and they haven’t been able to make contact with him. pic.twitter.com/7cAF8X7lsb

Me and @CChauFOX61 are on scene in #Fairfield of possible standoff. Stay tuned for more details.. pic.twitter.com/AZ04w3Y84P