PD: Puppy dumped in paper bag along the side of a road in Southington

SOUTHINGTON —  Southington Police Department Animal Control said a male beagle-mix puppy abandoned inside a paper shopping bag on the side of a road Thurs... 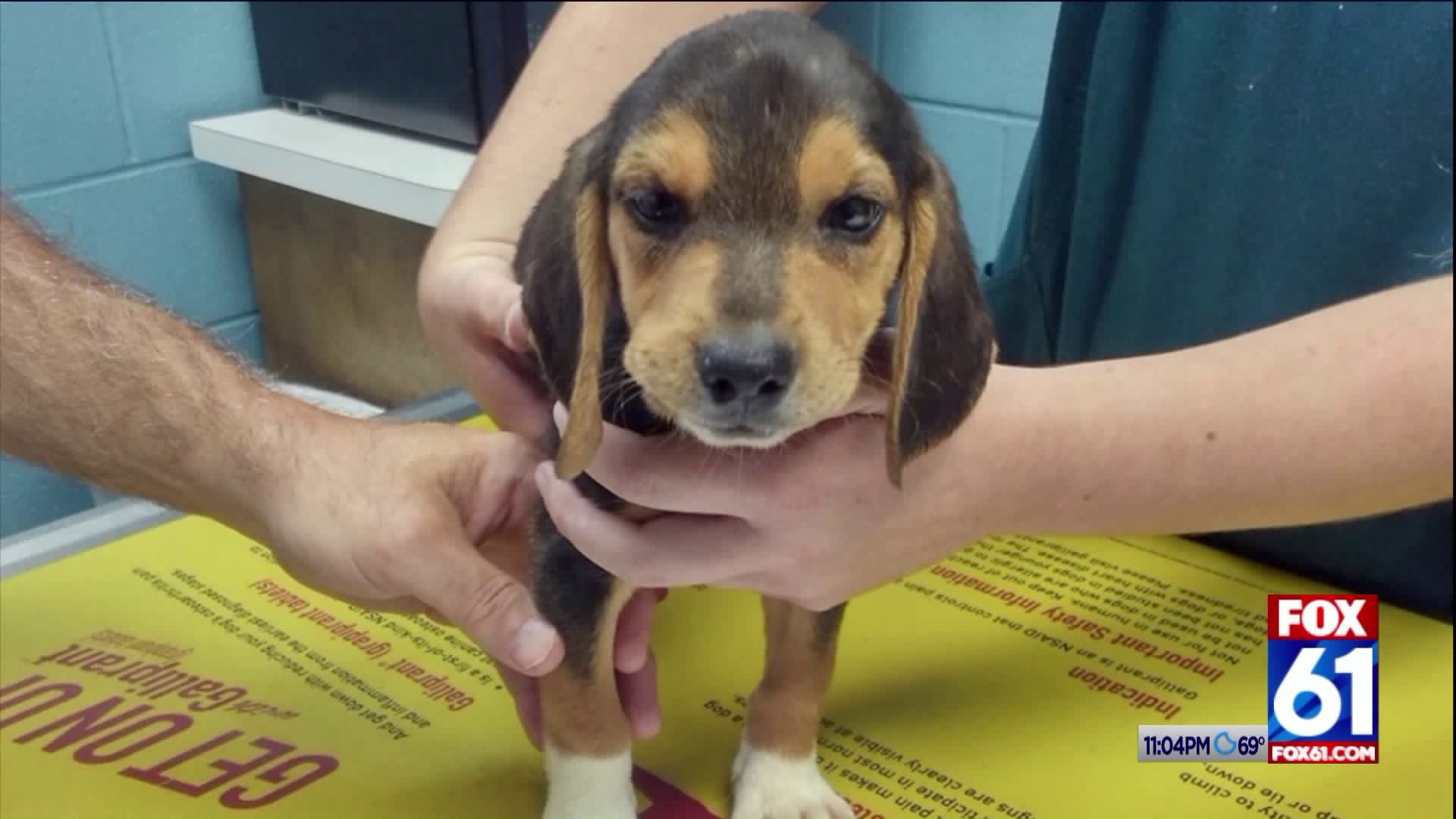 SOUTHINGTON --  Southington Police Department Animal Control said a male beagle-mix puppy abandoned inside a paper shopping bag on the side of a road Thursday afternoon.

Southington resident Ellyn Stoltz was driving to pick up her daughter from camp when she noticed a small beagle emerge from an Abercrombie and Fitch bag by the stop sign at the end of her street.

“I couldn’t tell if anything was wrong with him. He was basically just kind of limp in my arms. I got my car and he was not moving in my lap,” said Stoltz.

The bag was dropped at the corner of Empress Drive and West Center Street in Southington. Stoltz noticed one of his paws was deformed. She drove the scared puppy home to give him food and water. She said after about an hour he was asleep in her arms.

Stoltz then contacted animal control and the puppy was taken to a local veterinarian for care.

Southington Police are investing the incident as a criminal case of animal cruelty. They are looking for whoever is responsible.

Stoltz says she has already received multiple texts from people willing to adopt the dog. A number that is sure to rise.

Stoltz said she adopted two dogs eight years ago who had been left on the side of the road in South Carolina. She feels like this was karma and an opportunity for her to help someone else adopt a dog in a similar situation.

Anyone with information on this puppy is asked to contact Detective James Armack at 860-378-1649 or jarmack@southingtonpolice.org.