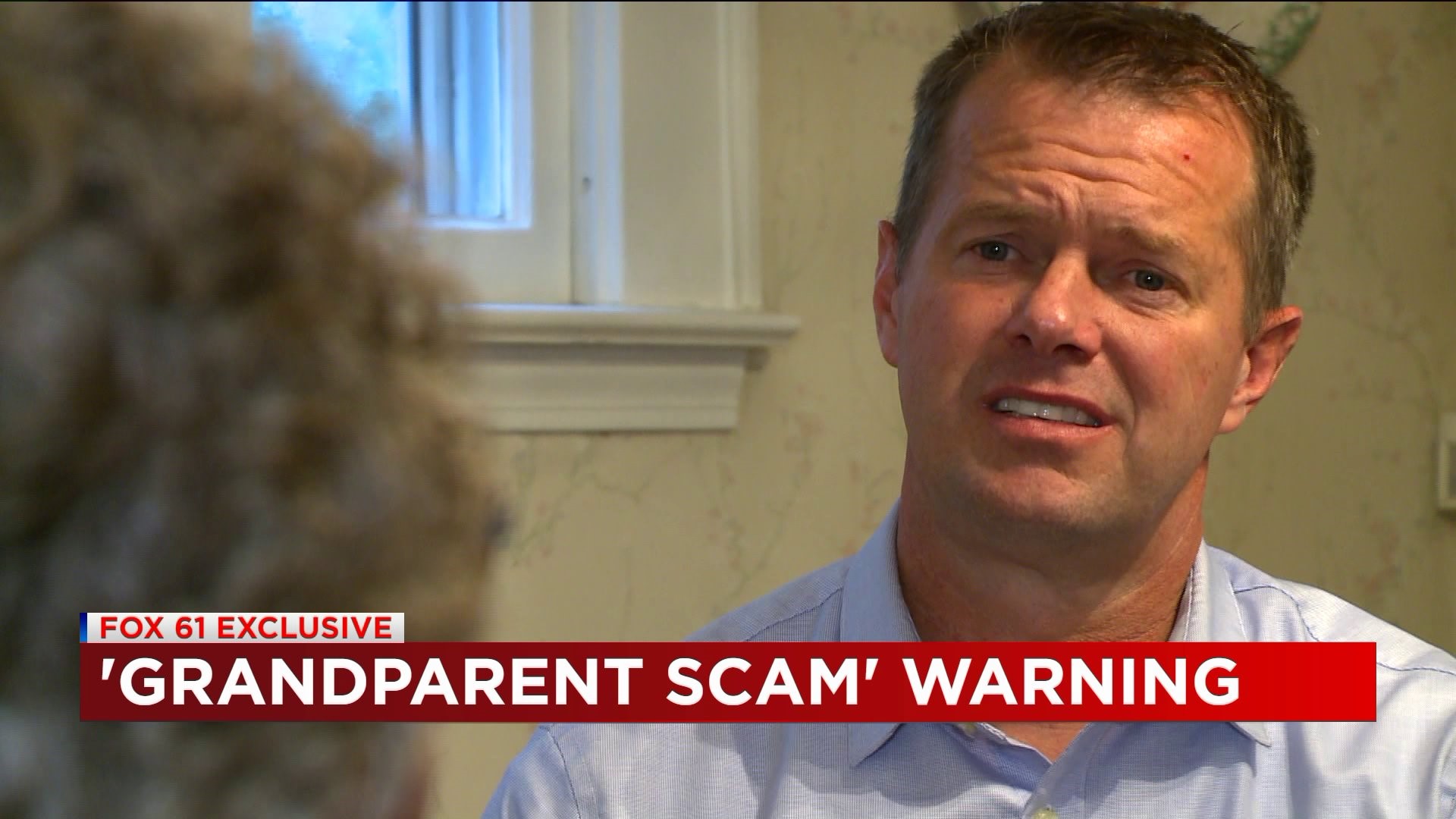 Editors Note: This grandfather wished to remain anonymous for our story

WEST HARTFORD --  It’s a common scam that preys on our older population and plays their fears.

A caller calls and claims your loved one has been kid kidnapped, and then they demand ransom money for their safe return.

A West Hartford grandfather started his Monday morning just like any other, and then, his phone rang and his day changed.

“The phone rang, and it was probably around 11 o’clock or so and I picked it up, and I hear on the phone, a child crying, 'grandpa! grandpa! you got to help me, I’m in trouble, I’m in trouble! Please help me!',"

Fearing his grandson would be killed, he drove to Walmart, Stop & Shop and CVS, wiring money to Puerto Rico at each stop. Having sent $3,000 to the would-be kidnappers, now he wanted to see his grandson safe.

“So at that point I was just petrified I really didn’t know what to do. So I said okay everything I’ve done, I’ve sent you all my money. He said 'okay what I want you to do is, I want you to go to the nearest big mall you can find, sit there and we have your grandson and will be there in 15 minutes'.”

But, the way he had left his house, his wife knew something was wrong, and dialed 911. West Hartford Police Department were able to find him, using the OnStar system in his car, at West Farms Mall.

“Four to five cop cars came around my car because they found me through the cars OnStar. At that point, I knew Noah was okay. And, so they taped his voice for a while. And they got on the phone and said this is the West Hartford police. So I’m glad that he’s okay, and then I’m okay, and that my wife is okay.”

West Hartford police reacted quickly, working with the grandmother, they located the grandfather and told him his grandson is okay. Then, they contacted the wire companies and were able to cancel two of the three transactions. He wired $3,000, he recovered just $2,300 back so far.

“The public should be skeptical of calls claiming that relatives are kidnapped and/or have been arrested in a remote state/country. Such scams are not uncommon, and often times the victims themselves provide the perpetrators with enough information to make the threats seem legitimate. If possible, call/text the relatives in question to determine if the threats are at all credible. If similar calls are received, do not mention the names/genders/ages or other descriptive qualities of the relatives in question.”