NEW HAVEN –Brett Kavanaugh has been confirmed by the United States Senate for a life long appointment to the Supreme Court. Many people in Connecticut hav... 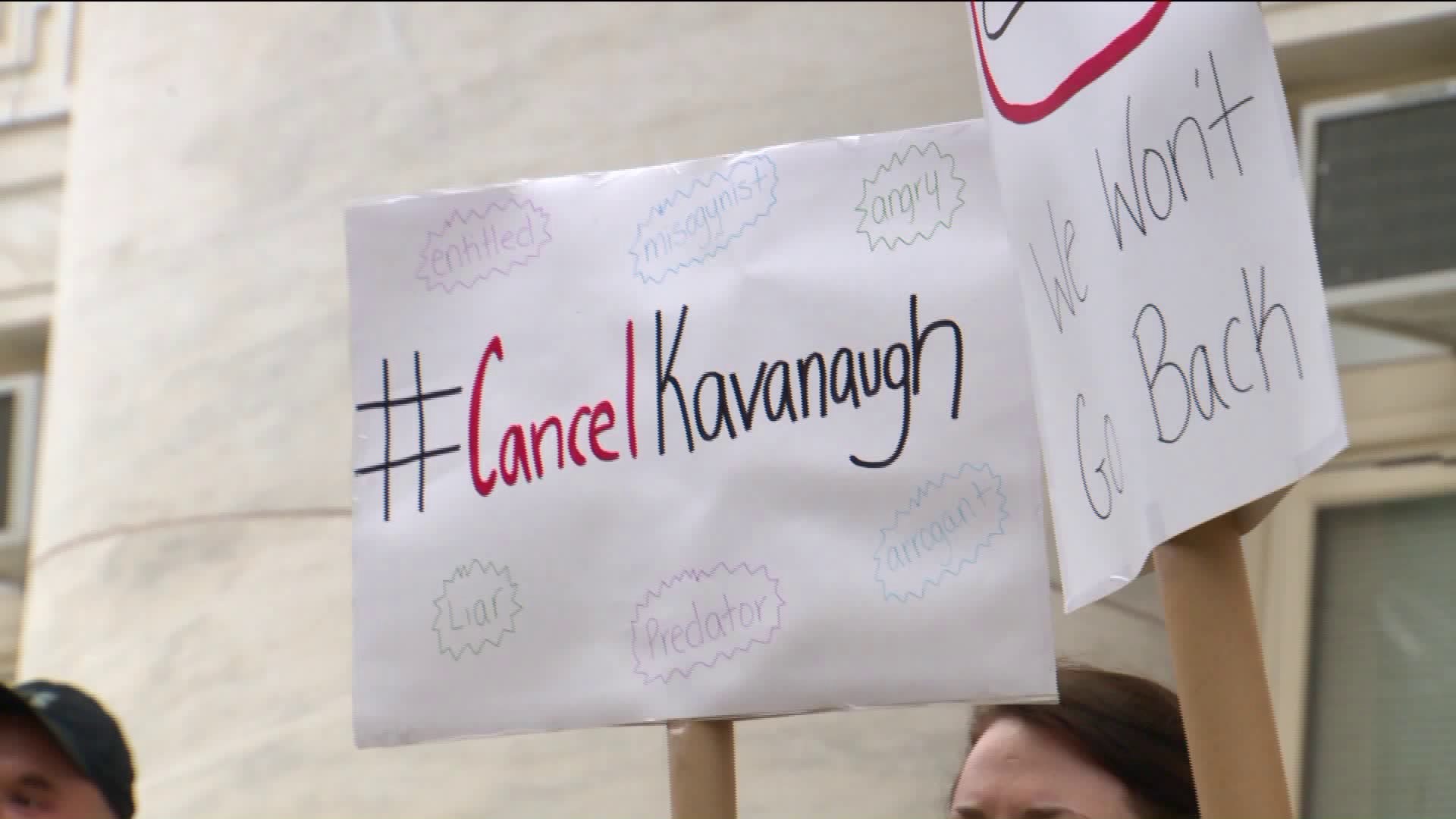 NEW HAVEN --Brett Kavanaugh has been confirmed by the United States Senate for a life long appointment to the Supreme Court. Many people in Connecticut have a mixed reaction to this. Saturday in New Haven the Connecticut alliance to end sexual violence and community partners gathered on the steps of the New Haven courthouse to express their frustration to his confirmation.

This was part of a larger movement happening around the country where thousands of people protested the confirmation of Brett Kavanaugh.

The courthouse is across from the New Haven green, where many people drove by honking their horns in support of the protesters who said they believe the three women accusing Kavanaugh of sexual misconduct

"It means a lot to just be here to participate in the life of my city, that’s what doctor ford was talking about she felt she had a civic obligation to stand up there and to testify, and I have a civic obligation," said Stephen Urchick, a second year doctoral student at Yale.

Some people brought their children to the rally too.

"They're two boys and I want them to know what women’s issues are, and I do think men get socialized into certain stereotypes early on and it’s important for young boys to be exposed to this message so it’s really all about my children and their future," said Olena Lennon, from Orange.

Many in Connecticut are also in support of Kavanaugh. Republican Matthew Corey, who is running for United States Senate spoke with Fox61 Saturday.

"I thought the process was a tragedy. I thought they weaponized the Me Too Movement, which is going to keep women from coming forward, there’s not a person in this country who doesn’t think something happened to Dr. Ford, but the process was horrible and to make a mockery of the United States Senate at the eleventh hour, to drag a man’s wife and two children through this process, I think it’s another travesty so there are no winners in this country now," said Corey.

Kavanaugh took the oath of office Saturday surrounded by his wife and children. It was administered by Chief Justice John Roberts