AVON – People of all religious backgrounds came together under one roof Tuesday night. Their mission was to take a stand against hate and show support for all f... 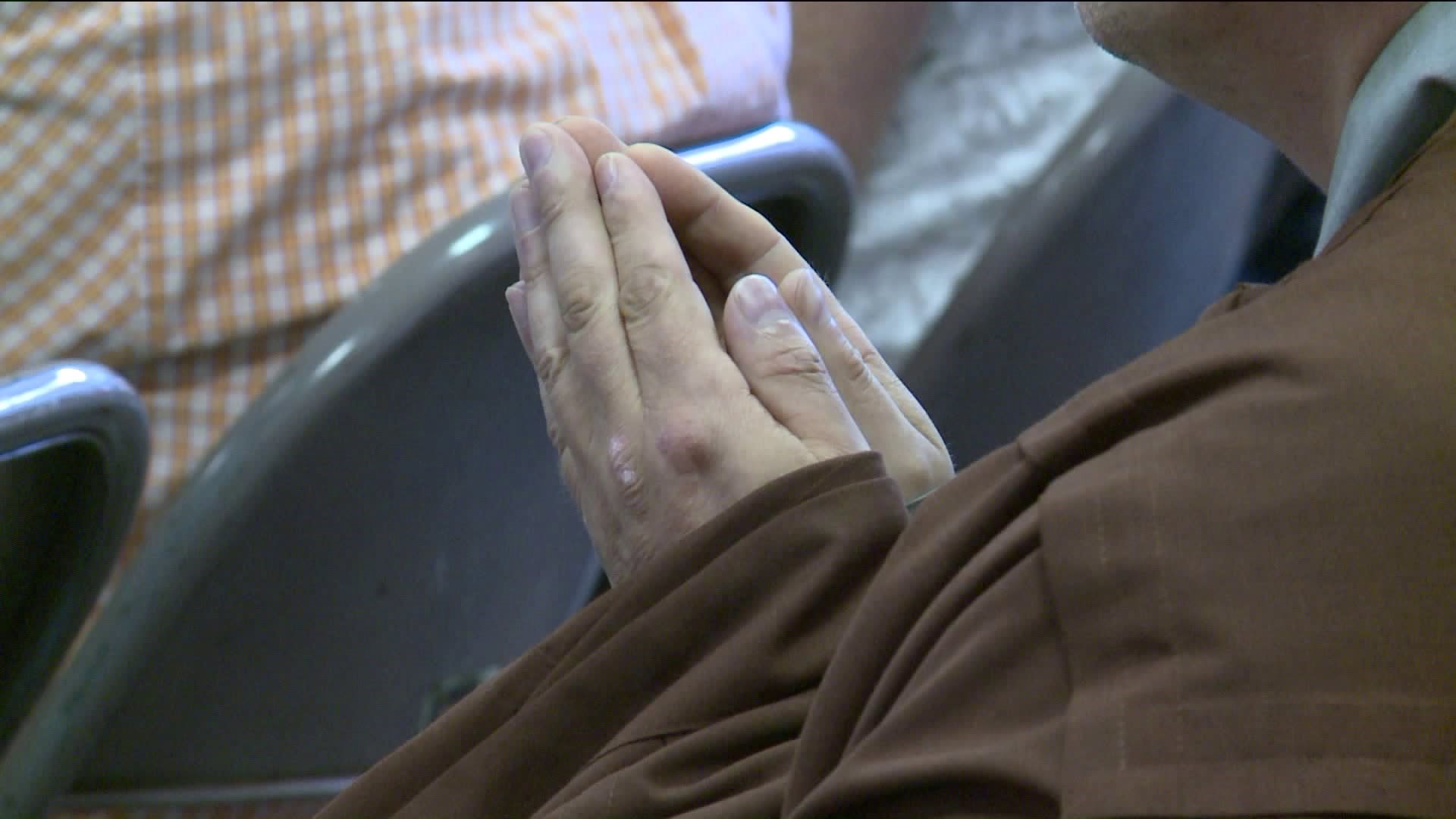 AVON – People of all religious backgrounds came together under one roof Tuesday night.

Their mission was to take a stand against hate and show support for all faiths.

The Vigil Against Hate took place at the Farmington Valley Muslim Center. Those that attended wanted to not only show support for the Muslim community but for leaders and members of other nationalities as well.

“To create peace and love and understanding amongst our communities,” said State Representative John Hampton of the 16th District.

Negative labels were put aside, so people could have a better understanding of other cultures and religions.

Reem Nouh is a member of the Muslim Center in Avon.

As someone who comes from a Muslim center, she said the outpour of support she has gotten from the community has been overwhelming.

“We’re not going to stand for this regardless of religion. This is a bad thing. Hate is bad,” said Nouh.

The vigil started off with an opening prayer from the Quran.

State Representative John Hampton then took the podium and offered his remarks.

As a Catholic, he said the tragedy that has taken place in London and Virginia has impacted him emotionally.

“Very disturbing and it’s why the reason we come together. There was a bumper sticker back in the 70s that said ‘think globally, but act locally’ and I think that’s what we’re all called upon to do now,” added Hampton.

There were leaders from the Farmington Valley Jewish Community as well as Pastor Woody Eddins himself who ended the vigil with a closing prayer.

“Once we get to know a person and who they are, all those things we fear fade away. We realize ‘oh, they have the same problems we do. They struggle with the same issues with their kids and their bills and so forth,” said Pastor Woody Eddins with the Simsbury United Methodist Church.

People like Naseem Shaikh said he always attends interfaith prayer sessions and he was just one of many in the room to show that hate and terrorism are not welcome.

“There are some elements as you can always expect in all religions and across all nationalities where some people hold extreme  views, so from that point of view, some of us do face difficulties,” said Shaikh of Avon.

Members of several other local churches were also there.

Similar vigils have been held at other places; if you are interested in attending any upcoming events, you are encouraged to contact a mosque nearest you.